The road not taken

Re Dozens Arrested In Push To Clear Path For B.C. Pipeline (Feb. 11): My three children and I had been looking forward to a long-planned train ride to Montreal and Halifax this month. But now our plans have been kiboshed due to blockades in support of the Wet’suwet’en protests in British Columbia. Train travel is the most environmentally sustainable mode of transport and is a lifeline to many First Nation communities across Canada. It should have absolutely nothing to do with a natural gas pipeline in B.C.

Taking the train is seen by many as a progressive choice, and train travellers are probably more likely to sympathize with the environmental concerns of the Wet’suwet’en. Blocking Via Rail trains seems thus a goal on their own net, and they may lose the support of thousands of families whose travel plans have been thrown into disarray.

There are effective ways to encourage sympathy with their cause. This does not seem like one of them.

Re Let’s Stop Making Excuses For Transit Fare Evaders (Feb. 10): How nice is it for those with the means to declare that transit fare evasion is a freestanding moral choice that applies equally to “rich and poor.” I find it’s easy to see rising transit costs as a minor inconvenience, when paying for it doesn’t affect how much food will be on the table, or whether one is sick enough to go see the doctor.

Let’s all try to remember that it can be easier for the well-off to be moral before we rush to judge.

Re The Key To Khadr (Letters, Feb. 11): A letter-writer champions the rights of victims in disparaging the $10.5-million Omar Khadr settlement. It seems to me this is exactly the issue addressed by the settlement.

If the Omar Khadr saga was really a testament to Canadian principles of justice, then we wouldn’t have had to pay him $10.5-million – and the list of groups given intervenor status by the Canadian court would not read like a who’s who of human rights organizations.

Re The Virus Of Trumpism And His Infectious Moral Failings (Opinion, Feb. 8): Online in Cancun, Mexico, we have enjoyed the prescience of Andrew Coyne’s column on Trumpism. We have talked to many Americans our age here, and virtually all say they are not happy with some of Donald Trump’s ways, but as Republicans they have no choice but to vote for him. They tend to cover this with one item they like: The unemployment rate is down, for example – even though they are retired. As Mr. Coyne suggests, these act as a cover for the myriad of things that make them nervous. But what is a Republican to do? He’s their man.

How very sad to see their experienced faces set, and their eyes suddenly take on a thousand-yard stare.

Columnist Andrew Coyne’s viral analogy of Donald Trump captures the rare genius – profuse and pernicious – that has infected his uncritically devoted base. However, his analysis also suggests a unique mutation that may make Mr. Trump difficult to replicate: Other leaders may be infected, but few hosts may have the capacity for destruction to manifest the full syndrome.

Supporting Donald Trump should not be viewed as a character flaw. Mr. Trump became president because, at the ballot box, millions of Americans channelled resentment over the dismantlement of the country’s industrial heart, and the destruction of hopes for good jobs.

This was not an exotic reaction: In 1992, in my home province of Newfoundland, the late John Crosbie encountered a comparably concerned citizen at a town hall after the cod fishery was shut down. He sadly explained that now only three people had jobs in his community: the teacher, the welfare officer and a clergyman.

Re Trump Has Become America’s Modern Monarch (Opinion, Feb. 8): Donald Trump seems to be taking page after page from Vladimir Putin’s strategy book. If he is re-elected in November, perhaps he will groom Ivanka as the Republican candidate for the next presidential election. Who would have ever thought the American Republic would end up adopting a monarchy, against which system they fought at the birth of the country?

Monarchy is a very different concept from demagoguery. The support of even the most ardent Trump supporters might be tested by an inherited transfer of power. As book reviewer JP O’Malley points out (Vive La Révolution – Arts & Books, Feb. 8), the public continues to possess a political consciousness, which emanates from a public forum for debate that still holds civil liberty at its core. It seems unlikely that the collective American psyche is prepared for Queen Ivanka, no matter how loyal they are to her father.

Re New Research Suggests Link Between Excessive Screen Time, Mental Distress In Young People (Feb. 10): As a therapist working with children and families, and as a parent myself, there is zero question in my mind that children have borne the greatest cost of a social experiment gone wrong. I see the causal links with mental distress very much related to what is missing for these kids: attentive and loving time with family; time to just “be”; time to sit with emotions when they arise; time outside to be active and interact with nature; adequate sleep, and so on.

Of course, the allure of the smartphone afflicts us all, so we should look in the mirror first. Ultimately, I see a real crisis and hope that the motivation to change lies ahead for parents, and for schools.

Perhaps a more appropriate headline would be: “New research suggests link between excessive screen time, mental distress in all people.”

Opinion
Duty to consult? Fine. But how? And with whom? Subscriber content
February 11, 2020 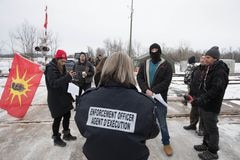 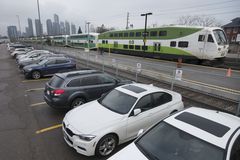 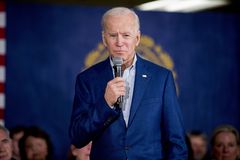