Re We’re Sleepwalking Into A Brutal Third Wave (Feb. 12): Dr. Brooks Fallis is spot on: We are in big trouble.

Viruses have been around for millenniums because they don’t care who they infect or kill; the biologic drive to survive overtakes all. All they need are human hosts, and we are obliging.

For many of us, there is no choice. We must work to feed families, so paid sick days should be vital. But without the rest of the framework suggested by Dr. Fallis, this likely won’t be enough. There will be too many of us moving around, acting as human vectors for this rapidly evolving virus.

I don’t believe it has ever been about the economy or the virus – the virus had this from the beginning.

World history is filled with us ignoring foreseeable mistakes. We too often resort to wishful thinking and head-in-the sand attitudes as exhaustion signals an end to our discipline.

It is likely going to get much worse for exactly the reasons Dr. Brooks Fallis lists, to say nothing of the dreaded “unknown unknowns” ahead. We will look back and say: If only we knew.

We should stay locked down until this is much more under control.

Canada’s current influence on the world stage feels negligible: It was not always that way. No amount of hugging will cause other countries to act against their own economic or political interests to help us.

Being responsible for ourselves is called maturity. Maturity implies wisdom and substantive action, not image making nor empty political rhetoric. Our leaders should have a clear vision of Canada’s future opportunities, as opposed to a focus on politically popular notions or vocal special interests.

As a result, many opportunities have been missed in every economic sector. This cannot continue if we are to achieve our true potential. An example is today’s health issues: Clearly the warnings of SARS and Ebola were missed or ignored. Why do we still not have the capacity to produce our own vaccines?

Without decisive leadership, Canadians will most likely have their future betrayed.

Re Reason For Travel (Letters, Feb. 12): I’m reading these letters explaining that out-of-country trips were noble or needed, and thus quarantine is unfair. Talk about missing the point.

The point should be absolutely guaranteeing quarantine until test results are known, so as to better contain variants. The fairness should be to all Canadians, not the nobility of any travel.

Bravo to two letter-writers who object to being criticized for travelling during a pandemic.

I recently returned from the Caribbean where, because of strict hygiene precautions on the plane and elsewhere, I felt safer than I do in Ontario. With my negative test result certificate in my pocket, I returned to self-isolate at home.

I live three blocks from Roberta Place, where at least 70 poor seniors have died. My area is experiencing an upsurge in COVID-19 cases while I quarantine. What’s wrong with this picture?

At 85 and 86, my wife and I contributed to society throughout our work life and continue to pay taxes. Government authorities promised last fall that our age group would be on a priority list for COVID-19 vaccinations after, naturally, first responders in health care and residents in long-term care. We have barely heard a word about our priority status since then.

Friends in their 60s had left for Florida, where they have already received two vaccinations. Although we too have a condo there, we stayed because we believed Justin Trudeau and Doug Ford. Sadly, we were wrong.

Give them a break

Re Don’t Cancel March Break. Let’s Make It A ‘Catch-up’ Week, Instead (Feb. 11): Once again, it seems that the Ford government has shifted the responsibility of limiting Ontario’s spread of COVID-19 to someone else. And once again, it looks to be teachers who are expected to take up the slack.

I find it outrageous to postpone March Break until April. Teachers and students are exhausted. Many teachers have already been pushed beyond reasonable limits to provide good learning environments for students.

It makes no sense to me to force a majority to suffer, all because a small minority will take advantage and break the rules.

Re Laurentian Research Funds Were Used For Operating Expenses (Feb. 12): It is tempting to argue that Laurentian University’s woes are caused by the loss of international students or insufficient government funding. But I do not believe that is the real issue here. Rather, I see the problem as a lack of oversight and leadership.

Why were annual deficits allowed? Where was the board? Did it understand its fiduciary duty to the university community, including donors of restricted funds? Was it not aware of the damaging spending and accounting practices? And where were the auditors – did they not raise any alarm bells?

Laurentian is not alone in facing economic challenges: Most universities around the world have dealt with the same issues for a number of years. From my experience, those that meet the challenges successfully have engaged and committed boards. Those that fail do not.

Let’s go to the mall

Re The Place To Be (Opinion, Feb. 6): Thirty years ago, I was on maternity leave with my newborn son in the dead of Canadian winter. I knew no one with an infant and I had no proximate family. The local shopping mall was a saviour for me.

I would strap my son to my chest, cover both of us with layers of wool and catch the bus to the mall. It was warm there, with lots of other human beings. Many of them were new mothers like me and many others were old and frail. There were benches to sit on, nursing stations in the washrooms and a food court to get lunch.

There are few public spaces in the harsh Canadian winter that are welcoming to new mothers and their wailing babies. For me, as for contributor Pasha Malla, the Canadian mall remains much more than a “symbol of the failures of late capitalism.”

Opinion
Canada is sleepwalking into a third wave, and it could be the worst one yet
February 12, 2021 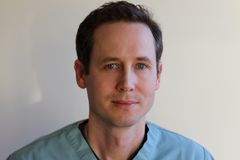 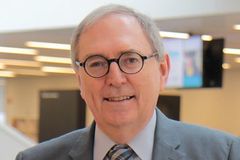 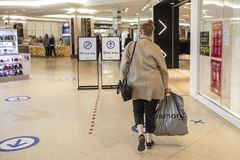