Re Are Net-zero Emissions Pledges Greenwashing? (Report on Business, Feb. 19): I have a problem with accepting “net zero by 2050.” I believe it is just kicking the can down the road without any measurable, yearly milestones. I can live with such a pledge from anyone who also has a net-number goal for every year up to 2050. Otherwise, “net zero by 2050” is meaningless in my view.

Re No, Killing Frontier Won’t Devastate Alberta (Report on Business, Feb. 15): The Teck Frontier mine’s projected annual carbon emissions of four million tonnes would make it impossible for Canada to meet its Paris Agreement targets. However, columnist Eric Reguly also points out 20 other oil sands projects that can still go ahead, and collectively make up the equivalent in output to 10 Frontiers. If Frontier alone would make it impossible to meet the Paris targets, what effect would 20 other projects have on these targets and, indeed, on the world’s climate?

Re How A Cruise Ship Became A 19-storey-high Incubator (Feb. 17): Columnist André Picard writes that "the passengers should also have been evacuated to their home countries much sooner, and that’s on us.” Canada never asked these tourists to leave the country or to board a cruise ship. So why do so many Canadians think it our duty to rescue people from their ill fortune abroad?

Surely the cruise line has a greater duty to help endangered passengers than the Canadian government, just as cruise passengers should have a greater duty to help themselves than their government has to rescue them. I believe Canada should spend more effort helping those in trouble at home, and worry less about bailing out everyone who wants to climb Mount Everest or drink margaritas aboard a floating Petri dish.

Re Mentally Ill People Should, Of Course, Be Eligible For Assisted Dying (Feb. 18): Contributor Udo Schuklenk writes that treatment-resistant mental illnesses provide sufficient justification for extending medical assistance in dying to the mentally ill. Put another way: Should a new strain of Ebola prove resistant to the vaccine pioneered by the National Microbiology Laboratory, would it be permissible to simply let victims of the new outbreak die? Or should we attempt to discover and apply new treatments?

Re Legislators Must Stop Dithering On MAID (Feb. 18): I believe offering medical assistance in dying for mental illness tells patients that there is indeed no hope of recovery. Yet loss of hope and desire to die are crucial components of mental illness we should address. That requires time and commitment by patients, health-care providers and our health-care system. Offering MAID would compromise that.

Such policy would make Canada the only country where health-care providers could legally end the life of patients with an ambiguous desire to die, even when they refuse all treatments or interventions that could relieve suffering. Facilitating premature death, rather than promoting treatment, seems the most ultimate form of discrimination.

Re How Guns And Gangs Reveal Our Fault Lines (Editorial, Feb. 17): The Globe’s editorial screams social determinants of health. I believe guns and gangs are indeed a public-health crisis. We should address poverty, better housing and educational opportunities for our youths in the black and the Indigenous communities.

Canada and the world

Re It’s Been 50 Years Since Canada’s Last Foreign-policy Review. Who Are We? (Feb. 17): With respect, there was at least one major foreign-policy review since Foreign Policy for Canadians in 1970, and that was conducted in 1995. I was head of policy planning at the then-named Department of Foreign Affairs and International Trade and led the preparation of it. The statement produced, Canada in the World, was already deeply engaged with the challenges and opportunities posed by globalization, and postulated new ways to pursue constant goals in that context: The promotion of prosperity and employment, the protection of our security within a stable global framework and the projection of Canadian values and culture.

This statement presented a clear direction for our external relations. But the problem behind such foreign-policy reviews is that they can be quickly ignored by those who commission them – foreign policy is always subject to and derivative of domestic concerns. I believe another review would produce little new.

What should be undertaken, urgently, is a broader reflection along the lines of the Macdonald Commission, with the mandate to explore the critical strengths and weaknesses of our diverse federation and economy. Canada should be clear on what must be done to continue to be secure and thriving in the mutating world system, and in particular to cope with the prospects for political instability in the United States, our existential partner on which so much of our national life depends.

India and the world

Re India’s New Citizenship Law Is Discriminatory And Should Be Repealed (Feb. 18): I believe India’s amended citizenship law is of humanitarian nature in helping persecuted minorities who fled there, before 2014, from predominantly Muslim countries such as Pakistan and Bangladesh (countries that were carved out of India in 1947). It is argued by contributors Ratna Omidvar and Deepa Mehta that the amended act is discriminatory, as it ignores Muslim minorities from these countries. However, if India were to grant citizenship to persecuted Muslim minorities, this would defy the painful religion-based partition of India in 1947. Indian law does permit discretionary grants of citizenship to foreigners on merit, regardless of religion.

I believe most Indo-Canadians are fully supportive of the new citizenship law and find it consistent with the universal values that Canadians cherish.

Re MLB Could Learn From How UEFA Handles A Cheating Fiasco (Sports, Feb. 18): I naively believe that golf may be the last game of honour. I would like to read a column by Cathal Kelly about that faint hope for the only professional sport where players call penalties on themselves. And after reading Commander in Cheat: How Golf Explains Trump by Rick Reilly, I think it would also be really interesting to watch someone from the Houston Astros play golf with the U.S. President.

Re Ontario Faces Criticism Over Visibility Of New Blue Licence Plates (Feb. 19): One thing that looks highly visible on the new Ontario licence plates is the distinct colour scheme of the provincial party currently in power. How that was ever approved is unclear. 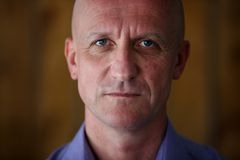 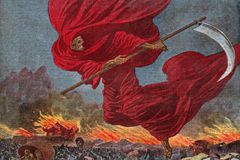