Re ’The Plane Was Shot Down’ (Jan. 10): Now that it turns out the Iranian air crash was caused by a missile – no matter if it was deliberate or accidental, and no matter who launched it – we should all know where the buck stops in the deaths of at least 57 Canadians: Donald Trump.

Re What We Know About Those We Lost In The Crash (Jan. 9): I wept and could not read anything else in the paper – truly nothing else mattered.

That these beautiful people were the collateral damage of horrific politics should be irrelevant today.

Today, we should carry their names and faces in our hearts, as we all have lost a precious human asset.

On the Downtown Eastside

Re Solving Homelessness Will Require Infringing On Individual Rights (Jan. 8): Our legal and medical authorities already recognize that people with brain diseases that cause dementia can lose their capacity to understand the consequences of their decisions, and afford them protection accordingly. Yet, somehow we apply different standards to those with brain diseases we refer to collectively as mental illness.

The saddest part of this is that, while there is no effective treatment for most of the brain diseases that cause the progressive decline of dementia, there is treatment for many forms of mental illness.

We owe these people treatment, both legally and morally, so they can regain the legal capacity to make decisions about their own welfare.

The bottom line: Who are we helping when we fail the people living with mental illness on our streets?

When I go to the Downtown Eastside – and I have both been homeless and worked in social housing in the neighbourhood – I see a lot of addicted and troubled people on the sidewalks. They are desperate people, and institutionalization in British Columbia would expose patients to what Vancouver-based Community Legal Assistance Society has described, in its 2017 report Operating in Darkness, as a system in which patients “are vulnerable to having their rights ignored or violated.”

I fear for any homeless people who may get caught up in such a dysfunctional system.

Re Why Aren’t Men Going To See Little Women? (Arts & Books, Jan. 4): Men’s lack of interest in Little Women is understandable in a society where misogyny seems to be a basis for so many endeavours.

Most religions have male gods and prophets. Women in government are subject to personal threats. Women are still paid less than men. Male sports figures are paid outrageous salaries and dominate media, whereas female sports are hardly visible. In history, the conquerors are men, and history is the story of largely male armies, with little recognition of the contributions of women who held down the fort at home.

The great “masters” of art, music and other fields are male, whereas female artists and musicians are mostly lost in obscurity. Female intellectuals are rarely called geniuses, whereas men are often ascribed this title, often with little merit.

The mystery in all of this should not be why men are not interested in the lives of women, but why there seems to be so much denigration of the achievements of women.

Columnist Johanna Schneller writes that only 30 per cent of Little Women’s audience is male, and concludes that men are generally uninterested in women’s stories.

While I can’t speak for all men and all movies, let me offer a different take on the numbers.

Assume the film’s 30-per-cent male audience all accompanied females on a movie date. By my math, that totals 60 per cent of the audience, leaving another 40 per cent composed entirely of women.

This number may actually be higher if some men attend the film with male dates.

Also, is it possible that women are choosing to see this film with other women? In our family, when I invited my wife to see Little Women with me, she replied that she and our daughter had already made plans to see it together, as a girls’ night out.

This is not to say that men are interested in going to every film about women. But with this particular film, it may not be our decision.

Re Albright-Knox Rebuilds A Gallery As A Gathering Place – But What’s Being Lost? (Arts & Books, Jan. 4): It seems to me that the purpose of an art museum should be to offer works of art to the public in a way that enhances total engagement, a merging of the observer with the art and opportunities for deep reflection. All without distraction. Contemporary architectural design seems more about the building than the art itself.

The building should not be competing with the artwork for the visitor’s attention. I experienced this in a visit to Frank Gehry’s Guggenheim Museum Bilbao in Spain. While the building itself is a marvel, that very fact causes one to be distracted from a deeper experience of the art on display.

I so appreciated Globe readers’ passionate response to my piece on rationing of high-emissions consumption (The Rationale For Rationing – Opinion, Dec. 14).

While some comments were vitriolic, many were thoughtful. Useful critiques included questions about the practicality of rationing, and what we should take from the experiences of democratic countries that have used them.

People debated whether there are more potent actions we should prioritize to reduce emissions, which makes sense: In my view, rationing would not be a singular strategy, but rather one of many we should consider adopting.

It’s dialogue like this that sparks creative thinking about complex problems, and for that I thank Globe readers.

Re Data Overload (Jan. 4): Contributor Matthew Braga’s piece on digital hoarding was both interesting and disheartening. However, he alludes only briefly to one major issue: cloud storage, and the tremendous energy cost of these unseen and unthought-of servers. Using the cloud for the unnecessary items Mr. Braga writes about also contributes to our climate problems.

I ran out of time to finish reading contributor Matthew Braga’s excellent article. So I saved it as a Microsoft Word document and printed it out, and will finish reading it when it rises to the top of the pile. 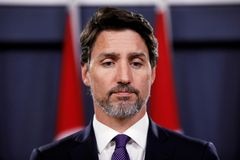 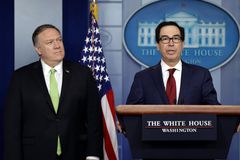 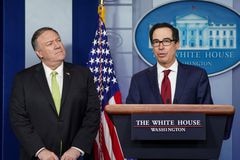