Re Expert Pegs Royal Security At $10-million A Year (Jan. 15): If Prince Harry and Meghan seek a more normal life in Canada, the security measures required would likely be no different than those they are normally subject to in Britain. The likes of fences, dogs and other personnel hardly seem normal. Furthermore, as a taxpayer, I am not prepared to fund those measures when neither Harry nor Meghan are Canadian citizens, and while the Royal Family is ridiculously wealthy.

Should the government decide to cover their security costs, I will withhold my portion until such time as Canada Revenue Agency or anyone can explain: What benefit do I derive from protecting two kids from a rich foreign family?

I finished watching the episode of The Crown where Charles becomes the Prince of Wales. When you see in the show how he was treated by his mother in 1969, it seems to make sense why his son has been set free in 2020. Mummy, at 93, looks to no longer be running the show.

From Prince Andrew being forced out of Buckingham Palace in the Jeffrey Epstein scandal to the escape of Prince Harry and Meghan to Canada, it is clear to me that Charles is wielding the divine right of kings. The intellect with a heart is calling the shots now. It’s about time.

Re Harry And Meghan Are Going To Need A Good Immigration Lawyer (Jan. 14): Columnist John Ibbitson succinctly outlines the procedures necessary for the “bloke from Britain” and his wife to emigrate to Canada. All this prompted one of my coffee-morning friends to react quite strongly: “There we go: Next thing is that British bloke will be sponsoring his parents, grandparents, not to mention all his cousins and aunts. And who’s going to foot the security bill for that lot? A right Broyalexit, that’s what it will be. Mark my words!”

Re But What If Donald Trump Was Right? (Editorial, Jan. 15):The Globe and Mail’s editorial makes mention of economic sanctions against Iran. However, it should also be noted that U.S. President Donald Trump reneged on a nuclear agreement, which set in motion the economic siege of a country that had been complying with it.

Castle siege in the day was a well-used military manoeuvre – such is a modern-day economic sanction. So who started all this? I believe Iran fights back the only way it can against the initial aggressor.

I don’t believe peace in the Middle East can be achieved by regime change in Iran. You had the shah of Iran before – another shah would not make a difference. Rather, I believe peace can only be achieved by a level playing field and all countries being bound by resolutions passed by the United Nations. The UN’s authority should be fully respected.

It is mind-boggling to me, then, that the fairly negotiated Joint Comprehensive Plan of Action is being torn apart by the United States. It seems a shame that the UN, and the other countries that signed the pact, have not acted to make sure the U.S. abides by the terms.

I ask myself: Where is the regime change needed? Who is the mischief maker in this scenario? Who has created this toxic environment?

I have been temporarily in the United States since the horrific crash of Flight 752, which killed no Americans. I have seen that the lack of compassion, regret or, indeed, even serious interest in the tragedy is not limited to Donald Trump, but seems to extend to the U.S. media and U.S. citizens.

Canadians who have not yet shifted their views about our alliance with such a nation should recalculate. The U.S. should not be trusted as though their values and interests are the same as ours. We worry about sharing intelligence with China and Russia – perhaps we should worry about the U.S. the most.

Re Canada’s Aging Population Is On The Rise – We Don’t Have The Resources To Match (Jan. 13): Head, Shoulders, Knees and Toes taught us body parts in primary school. Today, most boomers, of which I am one, seem to be stumbling into and through their senior years, ignoring those body parts that are sucking up millions of dollars of health care. Public-health policy should include a vigorous campaign, complete with carrots and sticks, to get people to include vigorous exercise in their daily routines.

For me, neck-vertebrae fusion and knee replacement were on the “to suffer" list several years ago. My workouts now include strength training that has me bouncing up the stairs without knee pain or swelling, and swiveling my head to check out my young companions on elliptical-trainer row.

I have found the benefits of regular exercise go far beyond public money saved: up and down on the floor with my grandchildren, heavy-duty yard reconstruction, tramping up and down the Pyrenees and that glorious flood of endorphins when my pulse falls to 90 from 135 in under five minutes.

We should have a new ParticipAction program to keep up with that 60-year-old Swede from the 1970s.

In 2014, U.S. bioethicist and oncologist Ezekiel Emanuel wrote an article titled Why I hope to die at 75. This should be required reading for anyone concerned about our aging population. Letting nature take its course after 75 would greatly reduce the number of older people requiring medical management.

Between 1971 and 1974, my mother took care of my father at home after he was paralyzed because of severe strokes. Subsequent to his passing, she vigorously campaigned the Canadian government to develop a comprehensive home-care service model. Her proposal clearly identified the cost savings associated with home care. Elected officials commended her cogent analysis and thoughtful recommendations.

Now 45 years after her efforts, there is still only a thin veneer of the all-encompassing services she had envisaged. In another five years, there will likely be another report written and another round of accolades showered on its authors. Very little, however, may actually change.

Re Eco-friendly Exercise (First Person, Jan. 15): I live in Caledon, Ont., and I, too, pick up garbage annually along my rural property. Unfortunately, I am successful in filling several garbage bags.

David Kendall’s essay has inspired me to extend the pick-up beyond my property line, but what I really hope is that he has made people think twice before throwing garbage out their car window. We only have one world; let’s do our bit by keeping it clean. 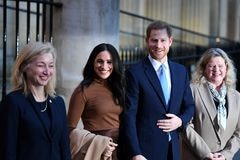 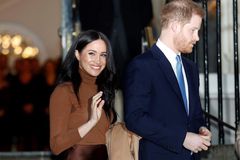 Opinion
Ottawa must toughen its policy as Iranians fight for freedom
January 14, 2020 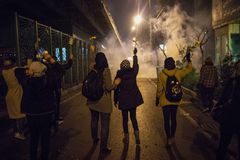