Re Payette Resigns (Jan. 22): The true avoidable cost of Julie Payette’s tenure will never be known, but it goes well beyond the investigation into workplace harassment at Rideau Hall. Sadly, what won’t be fully captured are the untold sick days, stress leaves and departures among staff, in addition to lost confidence and reduced productivity. All of this was avoidable.

Let this put leaders – and quite frankly everyone – on notice. Academic pedigree and professional success do not mean one can treat poorly the people one works with and for. Canadians deserve better.

Previously, a non-partisan review panel did a great job of vetting suitable candidates for governor-general. Perhaps it is time for Canada to revert to this model.

Re Vaccine Deliveries Are Not Out Of Your Hands, Mr. Trudeau (Jan. 21): Columnist Konrad Yakabuski gets to the heart of the issue: The United States and Israel (and other countries, we can assume) ensured timely vaccine deliveries by paying a premium. If Canada had focused on that strategy as well as ensuring that we eventually had abundant supply, then we might not be facing delays.

It is worrisome that no one involved in the procurement chain may have considered that.

Re Should Vaccines Be Forced On Health Workers? (Jan. 19): I worked as a nurse during the Bradford smallpox epidemic in 1962. Thanks to the quick response of local health authorities, very few people died – but those few included the young doctor who did the postmortem on the first case.

Though childhood vaccinations were the norm back then, his parents were against it. The fact of his death, which was completely avoidable, haunts me still, and one can only imagine the agony of his parents.

Re A Broken Country’s Day Of Deliverance (Jan. 21): And so he’s gone. I hope that Canadian media will now be able to focus on news from other countries.

Over the past four years, I learned a lot about U.S. politics. I may know more about the U.S. system than I do about my own. I understand better the House, the Senate, the Supreme Court, the Constitution and its many amendments – the list goes on.

I realize that the United States is not the exceptional nation I was led to believe. I am prouder of my own country. Now I want to learn about other world issues because, after four years, I’ve had my fill of American news.

Re A Decade After The Arab Spring, We Can See How We Failed It (Opinion, Jan. 16): Yes, Western governments have failed the spirit of the Arab Spring and befriended many of the regimes that have proven to be no better than those that were overthrown. But the elephant in the room, I believe, is the existential war that has played out in North Africa and the Middle East.

The rise of the Islamic State created a threat that hit Western governments on their home turf, forcing them to make hard choices. Which is better: to isolate Egypt’s Abdel-Fattah el-Sissi on humanitarian grounds, or to co-operate with him in neutralizing IS and avoiding the deaths of thousands of people around the world?

Given the co-existence of the Arab Spring and IS, there was likely never going to be a “good” outcome in the Middle East. That the world has successfully weakened IS is a huge step forward. Sadly, the people of Egypt and other countries have had to pay for that progress with their own civil liberties.

Re A Crack In The Bedrock (Opinion, Jan. 16): Columnist John Ibbitson and contributor Thomas Homer-Dixon rightly argue that the decentralized U.S. electoral system, with its highly variegated state-based rules and procedures, checked an attempted circumvention of the recent election. However, they also argue that “a federally controlled election, such as those managed by Elections Canada, would have been far more vulnerable to manipulation.” Perhaps possible, I find, but highly unlikely.

Canada’s Chief Electoral Officer is an independent officer of Parliament. Elections Canada is a non-partisan entity with highly developed policies and procedures. The drawing of boundaries for electoral districts is in the hands of non-partisan commissions.

And, most importantly, the acts of voting and ballot-counting are done at the local level, with processes overseen by party representatives and administered by officials working within the bounds of a highly codified system.

The Bills are happenin’ now

Re Bills’ Strong Performance Brings Back Memories For Ontario Fanbase (Sports, Jan. 18): Having first drawn breath in St. Catharines, Ont., I recall the many fires that occurred across the river, along with the blizzards; WKBW-TV; Christmas Santa shows sponsored by Hengerer’s department store; and, of course, the Buffalo Bills, who were still in the American Football League then. It’s been a long haul for anyone who has managed to stay interested in the team.

We live in strange times – the Bills are proving that to be true. Broadcast legend Irv Weinstein would have been pretty happy.

Re Timeless Performance (Opinion, Jan. 16): Contributor Charles Heller laments that Beethoven’s 250th birthday will pass without proper recognition. Yet Beethoven will only be delegated to the secondary space that many living composers reside.

Mr. Heller also reminds us of the loss of live music and security for all involved in music-making, which is truly regrettable and should be addressed. Perhaps part of this solution could be to focus our repertoire on modern composers, and expand from “old,” “male” and “white.”

One only has to listen to Nicole Lizée’s Isabella Blow at Somerset House to wish that she was featured as much as Mozart or Beethoven, or view Anthony Braxton’s Sonic Genome project to know that the creative process is here and never left.

In contrast to the oft-performed composers from classical music’s history, its current audience is still alive and the composers that we celebrate should reflect that.

I am a Holocaust survivor, not yet 15 when I was returned to my hometown in Czechoslovakia in May, 1945, alone, depressed, all my family murdered. It was Beethoven that helped me in my recovery.

I attended a concert in a Prague concert hall where Beethoven’s Symphony No. 5 was featured. Not knowing what to expect, I was struck at the strength and vigor of the composer, whose own misery in life was overwhelming.

I remain ever grateful to Beethoven for lifting my life.

Explainer
Why did Julie Payette quit? Who will be the next governor-general? Updates on the story so far
January 29, 2021 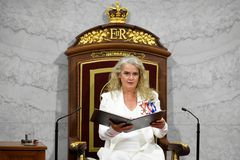 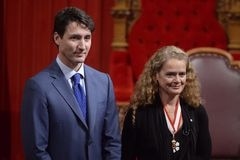 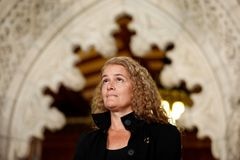