Re CBC Head Denies Ruling Out Deals With Netflix (Jan. 23): I wonder if the real problem with working out co-productions with Netflix is doctrinaire CBC culture, and not the goal of promoting Canadian culture.

It’s 2020: The world is wired and Netflix offers an opportunity to share all that is Canadian. We should hire an independent, culturally sensitive, hard-nosed negotiator to make a deal with Netflix. This could be a win-win-win for Canadians, the CBC and Netflix.

If you build it

Re New Green Tax Cut Comes With Uncertainty (Report on Business, Jan. 18): As the Liberal government ponders the practical details of its proposed 50-per-cent corporate tax cut for companies that develop and manufacture net-zero emissions technology, it would do well to remember newly developed technology in Canada has a long and sorry history of its manufacturer quickly departing the country for, pardon the pun, greener pastures where labour and materials are often cheaper.

Re How Wrecking Tall Buildings Heightens The Climate Crisis (Jan. 18): While I understand the cold logic of the math that says there is more profit in demolishing the Chelsea Hotel in Toronto and building 1.7 million square feet across three towers, that logic seems to miss the point.

In addition to the environmental damage done by the production and use of concrete to build the new development, we should think about what happens to the remains of the 26 floors being demolished. Most of the waste will likely go to licensed landfills far enough away to be out of mind, and some will be hazardous and so will require specialized disposal.

Instead of allowing this trend to continue, how about encouraging the creative transformation of buildings and the dispersal of density? There are an abundance of talented architects and engineers who could support visionary developers with this task. And spreading density more broadly would lead to the more efficient use of transit.

We should be encouraging such smart growth instead of short-sighted development.

Re Do You Need To Be Bilingual To Be PM? Pas Du Tout! (Opinion, Jan. 18): Contributor Kenneth Whyte’s view that the next leader of the Conservative Party need not be bilingual seems based on a flawed premise: that the ability for a federal leader to speak French serves only Quebec and that a unilingual prime minister could simply appoint a Quebec lieutenant.

Out of 10 million French-speaking Canadians, 2.7 million do not live in Quebec. They account for 30 per cent of New Brunswick’s population and number hundreds of thousands in Ontario. Francophone communities are thriving in Alberta and Yukon. Indeed, in 2011, Stephen Harper’s Conservatives won ridings outside Quebec where the French-speaking population ranged from 22 per cent to 90 per cent.

If there is no need for a prime minister to be bilingual, why did journalists, during Justin Trudeau’s recent conference in Winnipeg, systematically ask him to repeat his answers in both official languages?

The prime minister governs a country where francophones are present in every region. A country where, in the 50 years since the Official Languages Act, bilingualism has become a key part of the social fabric.

Canadians understand this. And so, thankfully, do federal political parties.

Contributor Kenneth Whyte focuses largely on the constitutionality of a unilingual prime minister and the relative effect on gaining seats in Parliament. Electoral success aside, is not the primary issue the capacity to speak to and hear the voices of all Canadians? Can we really accept a leader who is unable to communicate directly with a third of the population?

Just as we have come to accept certain political truisms in Canada, such as the sanctity of same-sex marriage and the undeniable right of a woman to control her own body, I thought that, in 2020, we had at last accepted that the leader of Canada should speak both official languages. Not according to contributor Kenneth Whyte. Not only does the leader need not be able to speak French, he or she needn’t even try to win seats in Quebec. It’s a lost cause, so why bother?

Imagine the outrage Conservatives would express if a Liberal suggested there is no point in Grits even trying to win seats in Alberta – that this is an acceptable strategy for a national party. Have we learned nothing from the previous election? Shouldn’t the goal be to bring the country together, rather than forget about an entire province, holding our breath until its relative share of the population declines?

Such a strategy feels like a regressive, harmful and unkind approach toward our fellow Canadians.

Political science literature over many elections suggests that one of the important motivating factors for voters has been national unity. The last election, in which the Bloc Québécois became a significant force again in the House of Commons, highlighted the issue. Many Canadians should want a bilingual prime minister as they assume, wrongly or rightly, that will appeal to Quebeckers and help national unity.

The Canadian electoral marketplace is complex, with regional patterns of competition. For the Conservatives, generally it is the Liberals they have to best. For a party aspiring to form a national government to choose a unilingual leader would give the Liberals a big talking point – and reinforce the point that they would continue to be Canada’s natural governing party.

I agree with contributor Kenneth Whyte. Why indeed should language be the first hurdle for prospects for prime minister?

Leaders should be judged solely on their appeal, knowledge and intelligence. Why, as Mr. Whyte writes, does this person have to come just from the 18 per cent of the population that is bilingual? I hope the Conservatives will seek candidates in the sizable pool of unilingual francophones for their next leader. The lieutenant can be a favourite son of those who cannot understand French – Doug Ford?

Opinion
Want to be a federal leader in Canada? Speak both official languages
January 23, 2020 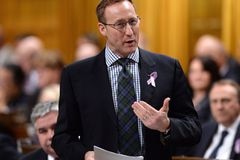 Opinion
Conservatives think the party’s next leader should be bilingual. They are wrong
January 17, 2020 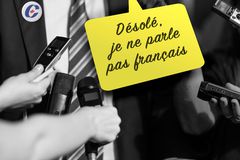 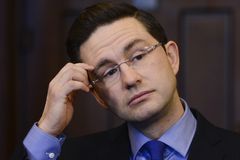