In service to others

Re ER Doctor Eagerly Seizes Her Shot At The COVID-19 Vaccination (Jan. 1) and Ford Accepts Phillips’s Resignation After Trip To Caribbean (Jan. 1): To defeat the ravages of COVID-19 requires effective leadership at many levels. Consider the stark contrast in behaviour of two public servants.

Kanna Vela, a physician with Scarborough Health Network in Toronto, has been going flat out for nine months to treat and save patients, including making the excruciating sacrifice to live apart from her young children to protect her family from infection. And then there’s Ontario politician Rod Phillips, who could not pass up a trip to luxury St. Barts and who chose to put a huge effort into planning his exodus when he should have been working nonstop for the people of his province.

I know who gets my respect and my vote. Thank you to Dr. Vela and the thousands of others like her who act with integrity, duty and love for others. Ontario’s former finance minister and those of his ilk have no place in public service.

I was so inspired by the Getty Images photograph on the front page of The Globe and Mail (New Year’s Celebrations Dimmed By Global Pandemic, Jan. 1). It shows health care workers welcoming in the New Year while at work at the San Filippo Neri Hospital in Rome. Meanwhile, here in Canada, many of our politicians seem to be flying off to warmer climes while telling us to “rest in place.” Who deserves our respect and admiration?

Re Ford Accepts Phillips’s Resignation After Trip To Caribbean (Jan. 1): Former Ontario finance minister Rod Phillips has apologized for a “dumb mistake.” A mistake is when you’re trying to do something right and make an error that prevents you. Mr. Phillips was trying to do something he knew was wrong and got caught. Big difference.

Rod Phillips should have been fired rather than just resign. In addition, the staff who assisted with his bogus yuletide messages should be investigated as well. If they knew he was out of the country, why didn’t they blow the whistle? Whistle-blower protection legislation is there for a reason.

Speaking of COVID-19 travel and presumably other issues, Ontario Premier Doug Ford stated that government should “hold ourselves to a higher standard.” Actually, that’s not quite accurate. They should simply hold themselves to the same standard as the rest of us.

What Rod Phillips did was inconsiderate, selfish and plain stupid. However, let’s put this into perspective. Prime Minister Justin Trudeau visited the Aga Khan’s island, then there was the SNC-Lavalin affair, and, to cap it off, the WE Charity scandal. Yet he is still the Prime Minister. I rest my case.

Re For Indigenous Women, Systemic Racial Bias In Prison Leaves Many Worse Off Than Men (Folio, Dec. 31): Thank you for the comprehensive article on the treatment of Indigenous inmates in Canadian prisons. There can never be enough attention drawn to the disgraceful way we treat Indigenous residents (men and women) in our federal system.

I was, however, disappointed that there was no mention of The Okimaw Ohci Healing Lodge – the only federal prison built for Indigenous women. Nestled in a remote part of Saskatchewan’s beautiful Cypress Hills on land donated by the Nekaneet First Nation, its main goal is to provide a safe place for federally sentenced Indigenous women and reacquaint them with their culture.

Staffed largely with Indigenous women and visited regularly by elders, the facility’s day starts for everyone with a circle in the healing lodge, a check-in and smudging.

The Okimaw Ohci Healing Lodge deserves a whole article on its own. There needs to be more institutions like it.

Re Online Learning Will Be Key, Even Post-COVID (Opinion, Dec. 28): My reaction after reading Rahim Rezaie’s online-learning article was dread.

This past semester has definitely been the worst I can remember. Navigating online learning as a new university student has significantly affected my mental health and grades for the worse.

I struggle to understand how online learning would improve education or interactions, as my recent experiences have shown otherwise. I have found the self-pacing that comes with online learning very difficult to manage, which has made me appreciate the value of learning with everyone else at once.

Attempts to recreate social interactions and campus life online haven’t even come close. Even with a hybrid system, I cannot see these problems going away for the online portion. While online learning does have benefits, I hope that universities will approach it cautiously, and will consult students when making decisions about it in the future.

Re Ontario Failed Long-term Care Residents Again (Opinion, Dec. 31): Robyn Urback’s account of the Ontario government’s failure to protect people in homes is a shocking summary of the year.

During the first COVID-19 wave, one could have mustered some sympathy for a government that was suddenly overwhelmed by the pandemic. But much can also be blamed on the lack of supervision of this sector of the health care system.

Premier Doug Ford appeared emotional in the spring – his mother-in-law lived in an old peoples’ home – but all the good intentions were forgotten over the summer. His Minister for Long-Term Care, Merrilee Fullerton, seemed to be absent or totally failed to do her job.

As the Premier, Mr. Ford is ultimately responsible for the suffering, for the neglect in homes owing to the lack of staffing, and sadly also for the many deaths. Is there any hope for change?

Yes, everyone is glad to see the end of 2020. Let’s remember that just turning the calendar really changes nothing. If 2021 is going to be different, it is up to us, all of us, to make it so.

Jan. 3: ‘The rollout of the vaccination program is mirroring the mediocrity of the testing program.’ Readers needle politicians on the slow distribution of COVID-19 shots, plus other letters to the editor
January 3, 2021 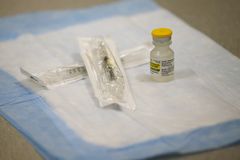 Jan. 1: Ontario ‘dropped the ball so badly.’ Readers lament conditions at long-term care homes, plus other letters to the editor
December 31, 2020 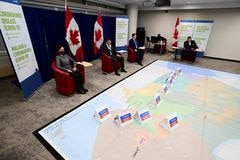 Jan. 2: ‘Nearly left me in tears.’ Readers react to our public health agency investigation, plus other letters to the editor
January 2, 2021 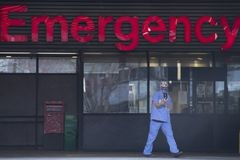