From the front line

Re Provinces At Odds With Ottawa Over Vaccine Distribution (Jan. 7): I am 69. I work in a grocery store. I have a chronic health issue that requires a chemo drug five days a week. Where is the vaccine?

Am I supposed to just cross my fingers that I don’t die before our government gets its act together? We shouldn’t have generals – we should have health professionals spearheading vaccine efforts. Our lives depend on it.

The view from here

Re Under Siege (Jan. 7): As Trump supporters attacked their capital, I happened to be finishing Barack Obama’s autobiography. In four short years, the United States transformed from A Promised Land to one “under siege” from grievance, anger and division.

Perhaps one of the most important lessons is that words matter, especially those used by the most senior political leaders. We can only hope that Canadian politicians learn this and choose their own words wisely.

Re Politics 2021 (Editorial Cartoon, Jan. 7): I’m reminded of a conversation I had with my husband roughly 50 years ago. I wanted to move to California for a warmer, sunnier climate.

My husband, a 1956 Hungarian refugee, responded that Canada had boring politics. He liked that. What a wise man.

Re Put To The Test (Opinion, Jan. 2): Contributor Michael Adams’s piece on Canadian attitudes is comfortable to understand. Canada has come a long way, and seeing the multicultural face of this great country should be rewarding for us all.

I think back to the 1940s in Toronto. On our way to school, a neighbourhood woman would, twice or thrice a week, scream out “bloody foreigners” at us. (Our family arrived from Czechoslovakia in 1938.)

Our other neighbours were the family of Lieutenant-Colonel Sidney Lambert, then chaplain at the Christie Street Veterans’ Hospital. They were kind and hospitable. Fortunately, their culture and attitude won the day.

Finally, it gives comfort to compare what we have in this land to what our southern neighbours need endure.

I am a university professor of South Asian descent who grew up in Margaret Thatcher’s Britain before immigrating to Canada. During economic recessions there, increases in racism were well-documented. Contributor Michael Adams shows that Canadians continue to welcome and value immigration despite the pressures of the pandemic.

We see that when the going gets tough, Canadians get kinder. Why this happens is difficult to explain, but it is appropriate to recognize the openness of Canadians as a shining example among developed nations.

Contributor Michael Adams offers a hopeful perspective on attitudes toward newcomers and the headwinds populists may face gaining traction in Canada. However, I suspect the nationwide scope in his Environics Institute data belie some regional fissures in his conclusions.

Rural Quebec, in particular, is where François Legault’s Coalition Avenir Québec used fear of the “other” to whip up Québécois existential anxieties and gain a mandate to pass Bill 21, legislation that bans religious symbols – and that I find steadfastly xenophobic in practice.

I believe Canada, despite the average sentiments cited in this study, is not only prone to xenophobia, but actively complicit in it. We seem to have little moral ground to stand on while this legislation stains the law of the land, even if only in one province.

Re Biden Our Time: Ottawa Won’t Act On China Until Washington Changes Guard (Opinion, Jan. 2): Columnist Doug Saunders provides an astute analysis of Canada’s response to China: Our government has no cards to play against one of the most powerful countries on the planet. I believe he errs, however, in describing this as “a humiliating lesson.” It is rather a reminder of how much Canada relies on a system of international governance for this wonderful, sprawling, sparsely populated country to exist.

We cannot do it alone.

Re My Father Created The First Polio Vaccine. New Vaccines Can End This Current Plague (Opinion, Jan. 2): I vividly remember the arrival of the Salk vaccine at my school. I was 7. Permission slips had been sent home a few days before. I suspect 100 per cent were returned and marked yes.

Vaccination day arrived and the whole school lined up in the auditorium. We trooped toward the stage, brightly lit with the principal, a few teachers, two nurses and a doctor in glaring white scrubs. We were nervous about getting the needle and didn’t want to cry.

Pupils got the shot, then walked across the stage to the other side. Applause came from the darkened audience: Every parent able to be there cheered and clapped. They milled around afterward, so happy that this scourge had been conquered at last.

Re What CanLit Meant To Margaret Laurence (Arts & Pursuits, Jan. 2): Contributor J.R. Patterson writes that Margaret Laurence’s legacy is “flagging on her home turf – I learned nothing of her growing up.”

Ms. Laurence was part of the English curriculum in the schools where I taught. He would have read her in grades 10, 11 and 12. We taught A Jest of God, The Diviners, her brilliant The Stone Angel and her essay Where the World Began. The latter showed our multicultural students that even established Canadians struggle with identity and desire a place to call home.

Canadian media, after her death, forgot about Ms. Laurence too quickly. It’s time to welcome her home.

I knew Margaret Laurence in her later years when I was a women’s activist and MP (and obviously without the insights of a fellow novelist). She did find some resolutions for the conflicts that contributor J.R. Patterson related: for her Christian faith in the Lakefield United Church, for her political principles in supporting the New Democratic Party.

As well as being such a great writer – especially for The Stone Angel – she was a warm, engaging, curious and sympathetic person.

Re You Should Set A Resolution This Year. Really (Arts & Pursuits, Jan. 2): Sadly, the only resolution I made this year is … to stay alive.

Jan. 7: ‘Enough with the public scolding.’ Readers react as Trudeau ‘disappointed’ by politicians who travelled, plus other letters to the editor
January 7, 2021 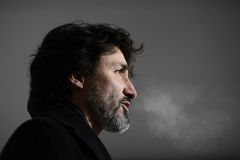 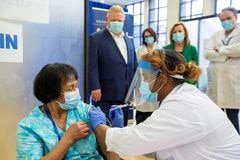 Jan. 5: ‘Many of us … pull our own St. Barts.’ More fallout from Rod Phillips’s vacation, plus other letters to the editor
January 5, 2021 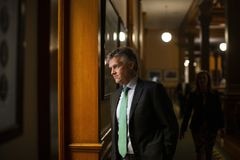