Re The Public Needs To Know Where COVID-19 Outbreaks Are Happening (Sept 30): Every COVID-19 patient should receive a mandatory, professionally designed questionnaire. It should include questions about events attended and locations visited in the past two weeks, personal use of masks, attitudes on distancing and frequency of handwashing.

This data should be released to the public, giving us much better guidance on our pandemic behaviours. That this hasn’t already happened reeks to me of incompetence.

Re The Second Wave Is Not A Surprise (Editorial, Sept. 30): The Globe’s editorial suggests that we need a word to describe being taken by surprise by something quite predictable. I suggest gobsmacked, or one of my favourite phrases: a smack in the side of the head. I find it unforgivable that Ontario has been gobsmacked by the ongoing impact of COVID-19.

For example, the schmozzle in education: The government had six months to plan for safely sending kids back to school. But it’s as if the return commenced on April Fool’s Day instead of after Labour Day. The ill-prepared government should get a smack in the side of the head – metaphorically, at least, until the next election.

Re Canadian Investors Linked To Myanmar’s Military (Oct. 1): Those of us who contribute to and receive payments from the Canada Pension Plan – and we are many – should tell the CPP Investment Board that these investments must stop now.

CCPIB should immediately create an ethical and responsible investment strategy to prevent the money of Canadian workers from reaching the hands of arms manufacturers, arms dealers and militaries in repressive regimes. Every one of us is culpable if this continues.

It’s hard to believe that money I have contributed and now receive has forced women and children in Myanmar to wade a river with their belongings held above the water, to flee the place where they lived in relative peace. Of course the CPP Investment Board has to make money from the funds it holds, but it is possible and reasonable to do so with ethical investments.

My personal investments, for example, have been returning 9 to 14 per cent a year, and are all Canadian and ethical. Those institutional investors who choose to look the other way should try explaining their rationales to their own families.

Re Will Justin Trudeau Apologize For His Father’s October Crisis ‘Sins’? (Oct. 1): It should be noted that Pierre Trudeau only invoked the War Measures Act following requests from then-Montreal mayor Jean Drapeau and then-premier Robert Bourassa. To suggest that Mr. Trudeau acted arbitrarily would be ahistorical. And to argue that an apology is necessary would indeed be, as Mr. Trudeau’s former chief of staff aptly stated, “wacky.”

Re Quebec Anglophones, Meet L’autobus (Sept. 30): In 1977, my wife and I moved from Quebec. A year earlier, I had interviewed for a position at a hospital and was offered the job. Subsequently, I was told that I could not be hired.

By law, the hospital had to increase its French staff to at least 35 per cent. Over the phone, I spoke to the director of personnel in French. He listened, then told me that Mr. Houston is not a French name. He said that I could fight it, but it would be a fight with the government, not the hospital.

Andrew Coyne’s column proves to me that Quebec will pick at this issue until the province achieves independence, while the rest of Canada blindly lets it happen.

Anyone riding the bus through Westmount in Montreal will notice unilingual stop signs, instead of the French arrêt or bilingual arrêt/stop signs visible across the province. Some may disagree, but Quebec’s anglophone community can go about daily life in English if they wish, yet many recognize that their lives are richer because of Quebec’s distinctive cultural blending.

As a French-speaking, Quebec-born Ontarian, I have no doubt my life would also be richer if English and French blended more in my province.

Re Indigenous Woman Records Hospital Staff Slurs Before Her Death (Sept. 30): While crafting an e-mail of encouragement to friends this week, I was shocked to learn about the death of Joyce Echaquan while in the care of those who are supposed to be sources of help and comfort.

Will we never learn to see people for who they are – other human beings like ourselves? Say her name, look in her eyes.

With tragic irony, my e-mail partly provided information about Orange Shirt Day, which recognizes the legacy of Canada’s residential school system. Each of us should take steps to learn how we can work toward reconciliation with Indigenous people.

Re At Former Camp Ipperwash, Hope Of New Housing Emerges For Dudley George’s Family (Sept. 30): There is a monument to Dudley George on the spot where he was killed. We need more such monuments recognizing the deaths we settlers have caused, and the removal of those honouring leaders such as Sir John A. Macdonald.

Re Summer School (Letters, Sept. 30): A letter-writer shares that her son had a bountiful six months of self-directed learning during the pandemic. The joy of learning is what we’re after, whether at school, at home or in learning pods. It’s an experience I would love to see more children have.

The lament is that red tape and lack of government enthusiasm are hindering education innovations such as learning pods. This is a ripe opportunity to welcome promising approaches to schooling in these difficult times. Government should follow through with more resources and support for these families.

Re Help Us, Richard Jenkins, You’re Our Only Hope (Sept. 25): Of the family depicted in Miranda July’s Kajillionaire, film critic Barry Hertz writes that “the entire clan is deliberately upsetting to watch and to listen to … yet July manages to find little nubs of humanity in each family member.” I find the fashionable equating in art criticism of noble qualities with “humanity” to be a distortion.

If conflict, cruelty, malevolence, selfishness, hatred, dishonesty and Trumpery were any less integral to humanity than kindness and generosity, where would artists find inspiration? What would critics write about?

Explainer
How many coronavirus cases are there in Canada, by province, and worldwide? The latest maps and charts
October 28, 2020 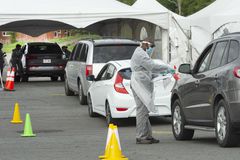 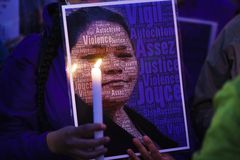