Re Pandemic To Push Debt Past $1-trillion (July 9): I’m not sure many of us can relate to a $1-trillion debt. In simpler terms: If I borrowed $1-trillion and offered to pay back $100,000 per day, I calculate that it would only take 27,397 years to pay off the sum, let alone any interest.

Yes, we needed to go into debt to economically survive the pandemic, but once we are through this, we should have a solid plan to pay the tab accrued. Our politicians should give serious consideration to increasing the GST to 7 per cent, as this is likely the pain we need to endure to pay for this devastating event.

The government should consider raising the GST back to 7 per cent. It could certainly help decrease the federal deficit. Alternatively, it could fund a long-term care program for our seniors, many of whom have suffered and died from COVID-19 in outdated facilities.

If any good can come of this, I hope the deficit will put an end to the idea of guaranteed income.

We’ve known since 2018 how much it would cost to create a basic income for all Canadians who need it: The Parliamentary Budget Office estimated a permanent basic income at $43-billion annually, modelled on the recently cancelled Ontario pilot.

This number doesn’t even consider what could be saved by other social programs, such as hospital use, or even the reduced need for provincial welfare and disability programs. Let’s retool our thinking on social policy and implement a full basic income now, along with phasing out provincial welfare systems. Healthier, less stressed Canadians would contribute more to community life.

In my hometown, it costs $500 a night, on average, for a hospital bed. Basic income seems to be a bargain and a no-brainer for social policy.

Re Province To Stop Streaming Students Into Academic, Applied Tracks (July 7): As a former special-education teacher, I applaud efforts to support students to reach their full potential. I agree that a disproportionate number of Black and disadvantaged students are placed into programs that may limit access to postsecondary options. However, if a struggling student performs at two or more grade levels below expectations in math, English or both, is it realistic to expect that student to succeed in a regular academic program?

Provincewide, special-education staff in secondary schools have been drastically reduced, and there are significantly fewer teachers and educational assistants available to monitor and support at-risk students, who are legally entitled to significant program accommodations.

By all means eliminate streaming, but please ensure that adequate support is provided for those who require it.

Have B.C. students consequently been disadvantaged compared with Ontario students? Not at all.

Re It’s My Right To Drive With My Eyes Closed (July 9): Cheers to columnist Robyn Urback for exposing the tyranny of “in-sight,” or “involuntarily sighted” for the uninitiated.

It’s my right to live life with my eyes closed, avoid the writing on the walls and see neither forest nor trees. “In-sight” be damned, I’d rather imagine things are the way I want them to be.

Re Crown Company That Brokered Saudi LAV Deal Failed To Screen For Human Rights: Watchdog (July 9): Justin Trudeau defends selling combat vehicles to Saudi Arabia on the grounds that cancelling the contract would damage Canada’s international reputation. Has he not considered that continuing to arm Saudi Arabia is likely damaging Canada’s reputation much more?

Re Bullets Or Patience? One Is Clearly Better (July 7): Families of people living with psychotic illnesses appreciate the cautionary words of columnist André Picard, who compares the life-or-death response to an armed intruder at Rideau Hall to that of Ejaz Choudry, who suffered from schizophrenia.

We encourage emergency response teams to be informed of the hallmarks of psychosis, and how best to help someone requiring protection and treatment. This could mean including a mental-health nurse or peer support worker, or having plainclothes officers attend where uniformed officers may escalate a situation. It should involve collateral information from loved ones about the anxieties, delusions and hallucinations of a person in crisis.

However, increased funding for ongoing resources to support people with serious mental illness – including emergency mental-health response teams – should be fundamental.

Re Christianity Is Complicit In Slavery – But It Still Offers A Path Forward (July 7): I was moved by contributor Michael Coren’s exegesis, rather than apologia, on Christianity’s role in both the promotion and extinction of slavery. As he may be aware, but many readers may not be, depictions of a “white Jesus” are not ubiquitous in Christian churches.

Just one alternative I have seen is in the magnificent Cathedral Basilica of the Assumption of the Virgin in Cusco, Peru, where many Christian figures are depicted with darkened skin, the result of centuries of soot from burning candles. Still, the church has not desired to clean them, I’m certain, to reflect the majority of the Quechua labourers who built this UNESCO World Heritage Site, completed nearly 400 years ago.

I have seen depictions of a Black Jesus in Africa and the Caribbean, again, I’m certain, to reflect Christianity’s emphasis on Jesus’ message of love, not his image. Such iconography, I hope Rev. Coren would agree, should remain as symbols of the maturation of Christian theology on this terrible perversion of human character.

Re When Should We Eat (Letters, July 9): My English parents would totally agree with a letter-writer: They never looked at expiry dates. My daughters would watch with horror as my mother spooned moldy plums onto her cereal and proceeded to eat it, despite protests. 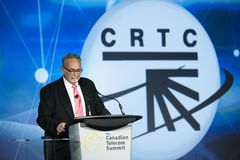