Re Re Making It Up As They Go: The Liberals Don’t Seem To Have A Plan For The Border (Online, July 8): Fully vaccinated and tested Canadians can now return from the United States without quarantine. That’s great. But all that information has to be uploaded to a government website prior to arrival at the border.

How about seniors (such as my husband and myself) who are in our late 80s, use our phones only for calls and who don’t know how to “upload” something, somehow, somewhere? Surely there is no law that requires a smartphone and computer literacy as preconditions of citizenship?

Don’t we have the right to simply present our documents at the border?

As a vaccinated snowbird, I have not been added to the country’s completed vaccinations. There are over 300,000 of us that should be included. We would bolster statistics so that the task of pursuing those who are not vaccinated is less onerous.

In checking my ArriveCan app, there is no accommodation to register our documents for vaccination. I was not assured by my physician’s office nor public health. Neither knew if, by notifying them, I would be added to the national census of vaccinated souls.

Re Ottawa’s 2035 EV Mandate Verges On The Delusional (Report on Business, July 3): One would have to be delusional to think buying a new internal-combustion engine vehicle today is the better alternative for the environment than going electric. Both have a carbon footprint; which one is less over its useful life? Electric vehicles by a long shot.

It is the role of government to nudge industry and individuals in the right direction. I’d hope the average buyer of an $80,000 F-150 could be nudged to get an EV instead.

I was an operator of a thermal power plant for three years and am familiar with terribly inefficient thermal cycle. Electric vehicles are not the answer, as columnist Eric Reguly succinctly explains.

Perhaps a more pragmatic approach will be lightweight vehicles. Energy is required to move a mass from point A to point B regardless of the power source. It’s futile to operate an EV that weighs a lot.

If only life were that simple.

Utilities operating turbines on fossil fuel power achieve efficiencies of more than 35 per cent. Internal combustion engines top out at 16-per-cent efficiency. One can go more than twice as far on the same amount of greenhouse gas.

When we calculate the total cost of owning a vehicle, EVs can already end up being less expensive than gas vehicles. As experts predict purchase price parity within three to five years, a gas vehicle may make no economic sense long before 2035.

Health Canada estimates the cost of air pollution at $120-billion and 15,300 deaths a year, and transport represents a significant part of that pollution. According to the National Research Council, EVs will reduce it everywhere in Canada.

Utilities are already planning for massive EV adoption across the country, and EV batteries can be repurposed and up to 95-per-cent recycled.

The federal government has already announced investments in electric transit, infrastructure and supply chain. It’s not a question of supporting one over another, but of all modes complementing one another.

Re Former Executive Sues OMERS In Compensation Dispute (Report on Business, July 5): Tim Patterson is claiming $65-million in total damages. According to the most recently published annual report, the average annual pension for Ontario Municipal Employees Retirement System members retiring in 2020 is $32,091.

Doug Ford should take note: A more sensible and appropriate Bill 124 (”An Act to implement moderation measures in respect of compensation in Ontario’s public sector”) should be directed at private-equity investment executives. It might be called “an Act to implement common sense and prudence in respect of compensation in the private-equity marketplace.”

Re How To Plan Ahead For Postelection Tax Changes (Report on Business, July 2): When tax was introduced on capital gains in 1972, it applied to gains accrued after 1971 by allowing the tax cost basis to be set at the Dec. 31, 1971, market value. The same approach could easily be applied to any increase in the capital gains inclusion rate. It would be more equitable than retroactively applying an increased rate to accrued unrealized gains.

Similar allowances were made when the brief $100,000 general exemption from tax on capital gains was eliminated in 1994. There was a provision to elect to report a capital gain on Feb. 22, 1994, effectively increasing the tax cost basis to the market value on that date.

No need for speed

Re The Time Is Right To Take On Street Racing (July 3): Residents in my building are treated to a nightly deluge of sound. Noise levels break city bylaws, and the racket we put up with pales in comparison with what is inflicted on others.

Danger, injury and death threaten lawful drivers on our major roadways. The city likely won’t solve this problem until resources are behind major co-ordinated police actions which impose high fines and higher ones for second offenders.

I am used to being woken up nightly by expensive and loud cars and their young men. I have been scared regularly on the highway as these cars and motorcycles weave through an already overspeed flow of traffic.

Why do police allow it? Why are charges not enough to change behaviour? Why is the province so quiet and slow in acting?

Re World Bank Calls For A Greener COVID-19 Recovery (Report on Business, July 2): The “30x30” commitment to protect 30 per cent of land and oceans by 2030 will not on its own meet the challenge. It matters a lot what areas are protected and restored.

The top priority should be conserving intact tropical forests, peatlands and coastal ecosystems. Protecting grasslands and wetlands is also important, as is restoration to improve ecosystem sustainability. For this, developed countries should provide much greater assistance to developing countries.

Existing opportunities that yield large benefits for biodiversity, climate adaptation and mitigation and local communities should make this a superb investment.

Re Europe Plans To Grow Forests, Grasslands As ‘Carbon Sinks’ To Help Fight Climate Change (July 3): For millennia prior to the decimation of beaver populations in North America, wetlands abounded. The near disappearance of these animals, and the subsequent destruction of their efforts, have impacted the environment and even our climate in surprising ways.

In case after case, the repopulation of beavers, together with a public will to leave them alone to build dams and pool water, has shown significant environmental restoration in a remarkably short time. Beaver terraforming at any scale significantly enhances growth of lush forest and grasslands, promotes ecological diversity, mitigates drought, recharges depleted aquifers, sequesters carbon, reverses stream erosion and even neutralizes soil contaminants.

Is there a more fitting Canadian solution? 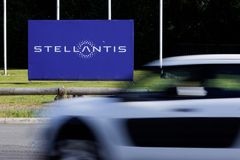 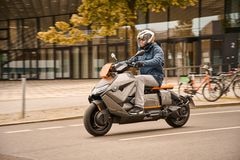 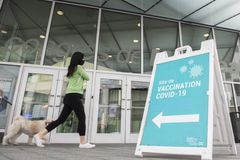