Re Making It Up As They Go: The Liberals Don’t Seem To Have A Plan For The Border (Online, July 8): We are U.S. citizens who have been property owners and seasonal residents of British Columbia for over 50 years. To say that we love Canada would be an understatement.

Naturally, we are frustrated and disappointed that fully vaccinated Americans cannot enter Canada. But our frustration pales in comparison to the economic hardship inflicted on thousands in B.C. who depend on tourists and seasonal residents for their livelihood.

The stories we are hearing from the many business owners we would patronize are heartbreaking. Their savings have been depleted; many have sold assets to make ends meet, others have simply gone out of business. It is for them that the border should be opened.

The current restrictions make no sense to us. The risk of transmission from the vaccinated is so low.

Re Why Is America’s History With Indigenous Peoples Held In A Harsher Light Than Canada’s? (July 8): A series of presidents, from Richard Nixon to Ronald Reagan and beyond, articulated a new government policy to facilitate a nation-to-nation relationship with Indigenous peoples.

Today, the Environmental Protection Agency’s Tribal Program is approaching 40 years old. Under this initiative, U.S. tribes are treated on a government-to-government basis.

It is well past time that the Canadian government did more to foster a nation-to-nation relationship with Indigenous peoples in this country.

Re Canada Sending Vaccines To Overseas Staff (July 6): A sick or dead unvaccinated Canadian diplomat or soldier is of no use to the host country or local Canadians they are supposed to serve, and a looming negligence lawsuit for the government that sent them into the field.

As a former head of mission in a conflict country, duty of care for both Canada-based and local employees was always top of mind. We can only assist in sharing vaccines if we are alive and operational to do the policy and program work required.

Re Looking For Defensive Stocks? Try Defence (Report on Business, July 6): I am sad and disappointed to see encouragement to invest in war and destruction. Why would anyone with a good conscience, or with a hint of humanity, invest in the war machine?

General Dynamics sold more than $15-billion in vehicles to Saudi Arabia, which has been in conflict with Yemen since 2015. According to Amnesty International, “over 233,000 Yemenis would have been killed as a result of fighting and the humanitarian crisis.” Is this what people should invest in?

Re Red Tape – Not Greedy Companies – Is The Real Cause Of The Housing Crisis (July 6): Contributor Steve Lafleur’s prescription is the reduction of regulation to open up markets, incentivize housing starts and presumably lead to a boost in affordable shelter for working families. Yet in the north-of-Toronto small-town belt near where I reside, where there’s plenty of land, I see green space cleared and expensive homes popping up all over. Talk about a crisis!

I fail to see how paving over Ontario’s Greenbelt will lend itself to affordable housing. Nor in the event that land is freed from the shackles of “red tape” do I see developers building modest homes for mid- to low-income families squeezed out of the market.

It was shameful speculative freedom that got us where we are today, not “red tape.” For starters, we should not have more freedom for speculators and big paydays for corporate real estate chains, but a robust regulatory framework that prioritizes decent affordable housing as a human right.

Neptis Foundation research shows there is more than enough land already zoned for development within existing urban boundaries. Instead the problem would lie with suburban developers, who throttle housing supply because it keeps prices high, and with downtown developers, who promise community-appropriate density then propose soaring towers and no green space.

The grab for Ontario’s Greenbelt is driven by land speculators wanting to make 10,000-per-cent profit. But it’s local taxpayers who will foot the bills for increased infrastructure costs, all while losing more farmland, forests and natural spaces that make the region so desirable.

What we should have are clear rules to build urban density that matches people’s housing needs and pocketbooks – and an end to more planet-killing sprawl.

Red tape is there to accomplish things such as protecting Ontario’s Greenbelt. Density regulations are there because cities have to make sure neighbourhoods can support increased population, schools, traffic, sewer and water capacity etc.

Red tape is just another term for regulations that have been set up to protect average citizens. These regulations have been fought for since the beginning of this country.

I do agree with contributor Steve Lafleur that developers are not the villains; they are seizing a market opportunity. There are no easy solutions to the housing crisis, but bypassing regulations is not going to make it go away.

During my five-block walk last night, I went by three ghost houses built on farmland in the past 20 years. Our elected representatives have forgotten the basic monetary principle: Bad money drives out good.

Where is comment from the buyer who bids $200,000 over asking? In 18 years as a real estate lawyer, I cannot ever recall acting for someone who had this sort of financial freedom. Such buyers are immune from interest rates and Canada Mortgage and Housing Corp. requirements.

Canadian home buyers and farmers are suffering – and will likely suffer long-term – from the willful blindness of our governments.

Re Best Way To Combat Spiralling Prices Is To Build: CMHC Head (Report on Business, July 8): As a former director of Canada Mortgage and Housing Corp., I applaud and support president and chief executive officer Romy Bowers. Unfortunately, she will find that the solutions to this problem rest with provincial governments and municipalities that are reluctant to take on vocal ratepayers who are very much NIMBY in their outlooks.

While federal actions to promote affordable housing are helpful, let’s be honest: Most people want to own their home, be it a condominium, townhouse or single-family home. But CMHC has a useful role as a bully pulpit to push governments generally to address this major issue. 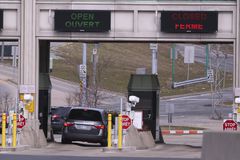 July 9: ‘The best and only way to get our vaccination rate to 90 per cent.’ New vaccine strategies, plus other letters to the editor
July 9, 2021 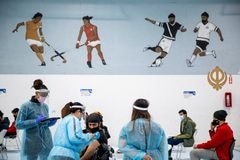 July 10: ‘Let us sideline both white supremacy and the settler superiority complex by putting Indigeneity at the centre of a revised constitution.’ What does reconciliation look like? Plus other letters to the editor
July 10, 2021 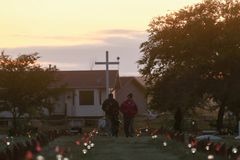