Re Students Need To Start The Fall With Two Shots (Editorial, July 14): Ontario was quick to tell young people to stay home to save lives. These children and teens gave up in-person school, sports, talent shows, summer camps, graduations and proms.

Now we should show some gratitude and do whatever we can to get them back to school safely. Yes, provinces should announce that both students and staff must be fully vaccinated if they want to return to class this fall. They should also be responsible for ensuring that classrooms are safe for all.

Re CDC Removes Travel Alert For Toronto (Moment in Time, July 10): I will never forget how wonderfully Donald Low of Mount Sinai Hospital guided us through the SARS epidemic. He did so calmly and professionally and negated our worrying.

Re Culture Change (Letters, July 10): At just 73 pages, The Education of Augie Merasty represents one Cree man’s experience, from 1935 to 1944, with abuses he endured at St. Therese Residential School in Saskatchewan. It’s an era that has been invisible to most of us, due mostly to a conspiracy of silence – as we now know. His book is visible, real, a historic testament here to stay.

Joseph Auguste Merasty persisted with his memoir for several years. He hoped that what he related would have some impact so that the “abuse and terror that Indian children were subjected to” in his school and others in Canada never happens again. His memories are brutal and bitter, and friendly and charitable.

Read it. Connect with his truth and join others on the road to justice.

Re Like Attacks On Mosques After 9/11, Burning Churches Only Hurts Innocent Worshippers (Opinion, July 10): It is appalling that the Catholic Church has done almost nothing to address its role in the atrocities committed in residential “schools,” and people are justifiably angry. Justifiable anger, however, cannot be harnessed into violence or destruction, especially when it mostly harms individuals who have no personal ties to the wrongdoing.

I believe the concept of collective guilt is dangerous and will not lead to reconciliation but, instead, only serve to divide us. Shame on those calling to “burn it all down.” Instead, let us demand the accountability and restitution that the victims of residential “schools” deserve.

Re Can Racism Cause Schizophrenia? (July 10): The combination of anti-Black racism and mental illness can be deadly. Thanks to reporter Erin Anderssen, who discusses with candour and thoughtfulness the reach and extent of the damage anti-Black racism within the mental-health system can cause.

My daughter Alessandra (1976-2013) was Black and had mental illness. Time and time again and in various ways, racism was at the forefront of her experiences with the mental-health system. While this system often casually looks away from anti-Black racism, this article points to the importance of keeping it in our sightlines.

It makes perfect sense that the stress induced by systemic racism would be a significant cause of mental illness, including schizophrenia.

In medical practice, treating causes rather than symptoms of any disorder is the most successful path to a cure. So racism, especially systemic racism – from the early stages of racial bias to full-blown delusions of white supremacy – should be recognized in the Diagnostic and Statistical Manual of Mental Disorders and treated by mental-health practitioners as a dangerous and contagious condition.

Re Better To Build A Nation On Shared Ideals Than On Ethnic Or Cultural Differences (Opinion, July 10): Columnist Andrew Coyne observes that Canadians view our federal state as “the emblem of our national difference” from Americans and “the vehicle for its preservation.”

At a time when many Canadians seem to be ashamed to call themselves Canadians, what is needed perhaps is a looser, less centralized federation in which different ethnic, linguistic and cultural groups can freely and peacefully chart and shape their own futures, in the same way as countries in the European Union do.

I, too, never thought Canada’s distinct identity was the result of the character of our citizens. Reading books like Lament for a Nation didn’t engage me either.

For me, the most important value in a national environment was articulated by Lord Acton: “The principle gained ground, that a nation can never abandon its fate to an authority it cannot control.” In my youth, I couldn’t stand the experience of a dominating religion, ideology or rigid conviction.

Now if I were to identify the core Canadian value, it would be one articulated by John Stuart Mill: “The only purpose for which power can be rightfully exercised over any member of a civilized community, against his will, is to prevent harm to others.”

Contrary to that, the thinking of the powerful inflicted harm on residential school students. It is the same objection regarding Quebec’s law prohibiting religious dress. A core Canadian value is being disregarded.

Re Ego Trip (Opinion, July 10): Billionaire playboys are rocketing into space, much to the joy of the fawning, gaga nouveau riche and celebrity fans. Elsewhere in the paper: “a better approach to homeless encampments.” Need I write more?

Re A Better Approach To Homeless Encampments (Opinion, July 10): Wasn’t the solution proposed exactly what was tried with the Trinity Bellwoods encampment? Multiple outreaches by community workers and an offer of “interim housing in the form of private rooms, currently in local hotels.”

Yet this did not manage to “unite both sides in the raging battle” here in Toronto. I would really like to know why, because I also thought it was a good solution.

Thank you. I had written down the original letter-writer’s cryptic (Cryptic Cruelty – July 3) but was unable to solve it until I saw last week’s response. Her one-word response gave me the help I needed.

July 16: ‘They are not conservative enough.’ What’s wrong with the Conservatives? Plus other letters to the editor
July 16, 2021 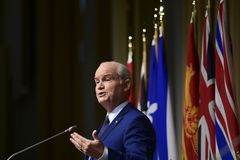 July 15: ‘Everyone wants to return to normal … but normal is being alive.’ Too soon to lift restrictions? Plus other letters to the editor
July 15, 2021 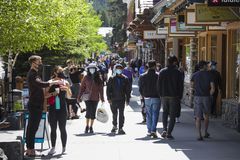 July 14: ‘If they can launch three billionaires into space, why not send them all there?’ Richard Branson’s historic space flight, plus other letters to the editor
July 14, 2021 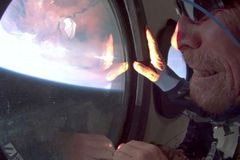