Re Ottawa Ends Delay On Law Giving Small Businesses Tax Breaks (July 20): Congratulations to Chrystia Freeland for her appreciation of British history, and of the core differences between the constitutions of the United States and Canada. Here, Parliament is to reign supreme.

Ms. Freeland merely had to admit it by caving in. May that remain ever so!

Re Canada, Allies Condemn China For Cyberattack On Microsoft (July 20): Condemnation is a moral rebuke. I believe China has a political system without morality. Consequently, condemnation is futile.

Stopping short of sanctions, China will likely laugh at mere words. To stop China, the international community should ostracize it and cut off global trade. Starve the dragon economically and it should eventually implode in civil revolution.

If not, it should consume the world within the next 10 to 20 years.

What better time for our government to come out flatly against Chinese-made 5G gear?

Re Taxing Religious Institutions Because Of Residential Schools Would Be Missing The Point (July 19): Taking away advancement of religion as a legitimate charitable purpose would support the growing secularization of our society – to its detriment.

Freedom from religion is an individual choice. The tragic revelations of unmarked graves at residential schools should not obscure the good works done by the same Catholic Church in the developing world.

In the majority of the world, Catholics are there. Local congregations often have a large percentage of adherents who are new immigrants.

Let us keep a balanced perspective.

Contributor Brian Dijkema maintains that the moral superiority of the pious, as demonstrated by their higher level of charitable giving, is not diminished by the church’s function as the executors of Canadian government policy in residential schools. Like the purveyors of trickle-down economics, he argues that our society accrues greater benefit when they are left to hoard resources than if encumbered by taxation.

The continuing exposure of mass graves is surely evidence that the church’s well of moral supremacy ran dry long ago.

The point should be that the Roman Catholic Church is seeking to avoid, mostly by legal legerdemain, its court-imposed financial compensation obligations to Indigenous people in Canada. If similar circumstances existed in the private sector, courts would be relentless in their efforts to pierce the veil of obstructionism.

Apparently the holier-than-thou church is considered to be above such pursuit. Considerations about how such pursuit of the church as a debtor might affect the Catholic vote should not play a role in the court’s consideration of these matters.

If the church won’t pay voluntarily, the court should move to extract payment by any available method, in much the same way the Canada Revenue Agency would from a reluctant taxpayer.

Re Why The Silence On All That Noise? (July 20): A source of noise pollution ever-present and pervasive is the key fob chirp, blare or blast, depending on the option supplied.

I have the misfortune to live next to the parking lot of a botanical bog, where patrons flock to seek the peace of a forest environment. Attempts to enjoy a garden deck are incessantly punctuated with an endless series of assurances that, indeed, the car is locked.

Particularly annoying (for a heart patient) is the experience of being assaulted with a blast, in any parking lot, when the perpetrator is a good 30 feet away. Some sources maintain that continuous exposure to such annoyances are detrimental to one’s health, mental, cardiac or otherwise.

Apparently this needless source of noise pollution is not available in Europe. Surely we can be likewise enlightened.

Let us add a sad corollary: Out here in the bucolic serenity of Georgian Bay, our neighbours have embraced the suburban ethos of compulsive-obsessive daily lawn maintenance with ear-piercing, gas-powered sit-down mowers, whipper snippers and leaf blowers. Add to that a fascination for enormous SUVs and pickup trucks. On weekends, it’s fireworks to celebrate birthdays.

It really does make us ill, or maybe that’s just our opinion.

I see no good reason not to, at least, introduce mandatory muffling of exhaust noise on motorcycles. Pound for pound, motorcycles are the leader in noise pollution.

Many are stripped of factory mufflers and they often travel in packs. The counter-argument I most often hear is that, due to their smaller size, motorcycles are often not seen by other motorists, putting them at potentially lethal risk. But with today’s technology, it is hard to imagine that a visual, rather than audible, solution can’t be easily implemented.

I am relieved that our voices of protest sometimes make it above the din. To the list I would hasten to add sirens: police, fire and ambulance.

Having lived in Europe, I know that it isn’t necessary they be so loud or used all the time. Being jarred out of bed by a siren at 4 a.m., when there is no traffic, hardly seems justified. And woe to them who live in even reasonable proximity to a fire or ambulance station.

That “constant background din that most of us swim in, every day,” creates another huge, sad health issue: hearing loss.

Re Thirty Years After Gwen Jacob’s Arrest For Going Topless, Little Has Changed (July 19): Despite global warming, Canada remains mostly a cold place for much of the year and, dare I say it, inhospitable to walking around sans clothes. In the warmer months, people have to battle squadrons of mosquitos, black flies, horse flies and deer flies.

Moreover, much of the original impetus toward removing clothes came from a desire for a seemingly attractive all-over tan – not so wise given what we know about the effects of too much sun on skin-cancer rates (just ask the Australians).

Elsewhere, the German and Nordic origins of modern nudism stressed the beneficial impact of removing overt signs of social class distinction, and so had an egalitarian bias. As an enthusiast skinny-dipper up in cottage country, there does remains a grain of truth in the mystic togetherness of uniting with Gaia and all of nature – forest bathing, or what the Japanese call shinrin-yoku.

Opinion
The Pope’s reversal on Latin Mass shows the angry split inside the Catholic Church
July 23, 2021 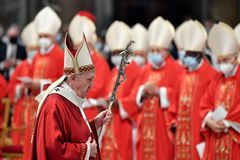 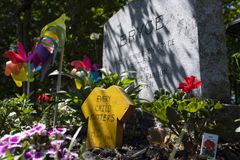 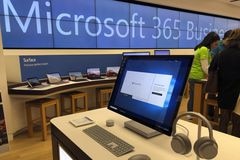