Re Will The WE Affair Prove To Be Trudeau’s Sponsorship Scandal? (Opinion, July 25): The Prime Minister should resign immediately, of course. But, wait a minute. Who would fire the Governor-General? Who would shuffle Bill Morneau out of cabinet?

The Prime Minister, then, should hang on long enough to relieve both of their functions and then resign. For at least a short while, there would be neither head of state nor head of government. Would we notice?

Re Lack Of Public Inquiry Into N.S. Shooting Draws Ire (July 25): Canadians probably assumed that an inquiry has been working (from home!) for months to discover all the ways that the RCMP and provincial government failed to protect Nova Scotians. Not the case!

In a sleepy backwater like Nova Scotia, my home province, something as elaborate as an inquiry – something public, transparent and with the power to compel the production of evidence – would be like bringing wagyu beef to a cook-out at the trailer park: overkill, pardon the expression.

Now, more than three months after the massacre, we get a federal-provincial independent review panel to see what all the fuss is about. Is it public? Oh my goodness, no, they’ll let us know if they find anything serious. Can the panel call witnesses or compel evidence? Such big words! Besides, I’m sure the Mounties and the province are eager to lay out all the facts voluntarily.

Remember, the massacre didn’t happen in Ottawa, Toronto or some place that matters. This level of transparency seems fine for everyone else.

Re Calls Grow For TPS To Drop Charges Against Protesters (July 20): I was an Ontario Crown law officer for more than 30 years, including several in the criminal-law division. I support the call for the withdrawal of highly disproportionate charges laid because paint was applied to three statues during a recent Black Lives Matter protest.

It is important to question the decision to lay those charges. Charges not laid do not lead to arrests, detentions, the disruption of lives and concerns about the suppression of expression.

Context matters: The demonstration was about issues of utmost public importance. The painting was targeted, limited, caused no structural damage and involved the assertion of expressive rights on those issues.

Did the officers consider this context? Or consider whether criminal charges might be disproportionate to the “harm” caused by readily removed paint? Or whether they should identify those involved and seek legal advice about expressive rights before laying a charge? Were they trained, briefed or supervised to think and act this way?

Police policy should recognize that paint is much more easily removed than additional stains on the reputation of the Toronto Police Service.

Re We Must Act Now to Prevent Another Wave of Care-Home Deaths (July 20): Retirement homes should not be forgotten as we prepare for the second wave of COVID-19. My husband was a resident in a privately owned home, where each resident had a private room and bathroom facility. Yet about half the residents, including my husband, died of COVID-19.

What protocols for a pandemic were in place? Why was there an insufficient supply of personal protective equipment? Why were care workers who worked in other facilities allowed to enter my husband’s home when it was in lockdown? Where was the doctor who was to care for residents, who had varying degrees of dementia along with underlying conditions? Such a retirement home is no different than a long-term care facility in practice, but it does not seem to come under as much scrutiny from the government.

Ontario’s Retirement Homes Regulatory Authority, Ministry of Seniors and Accessibility and Ministry of Health should not ignore the number of deaths in this particular home and possibly in others. No one places loved ones in such a setting if they could be cared for at home. Changes should be enacted in all such facilities – I would find it irresponsible to only examine the protocols and staffing for long-term care.

Re Hospitals Plan For Off-site Seniors Care In Anticipation Of Virus’s Resurgence (July 24): I believe the importance of expanded home care has not been emphasized enough, and Karen Howlett’s reporting brings this back in focus: The key to aging with dignity is to allow people to stay home and age in place as per their wishes.

In Ontario, the current limits on home-care hours do not allow for adequate support. This should change; the cost of a facility placement for frail seniors is almost twice that of home care. The logic of increasing in-home support screams at us.

Expanding the number of long-term facility beds and incrementally improving an institutional model, which I find to be broken, will not work. Ontario should tackle real reform.

COVID-19 has shone a spotlight on what we have known for a long time: that we need to fundamentally improve how we treat our seniors by giving them the care they want, where they want it – at home. Home care can do more, people want it to do more and Ontario’s health system needs it to do more.

Not only would better home care help keep the pandemic from overwhelming our health system, it would also provide more support where people feel safer. We should seize this moment to ensure home care is a key part of the discussion of how we improve the health of all seniors in Ontario.

Re Edmonton’s CFL Franchise To Drop Contentious Team Name (July 22): It only took 128 years, but the Edmonton Football Team has finally catapulted itself into the 21st century. Early submissions for a new moniker have focused exclusively on maintaining the familiar “EE” abbreviation, but there may be other worthy candidates.

There is perhaps one that could potentially help heal the wounds or perceived injustices and racism that the previous name evoked. One that provides a natural bridge from the past, launching the team on a more positive vector while maintaining an important link to its roots. One that is omnipresent in Inuit culture and was an integral image of the 2010 Vancouver Winter Olympics.

The fact that they are strong, stoic symbols occasionally shaped like a football lineman is an added bonus. Introducing the Edmonton Inuksuit! 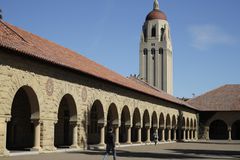 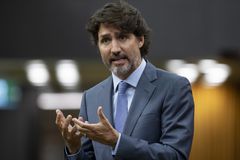 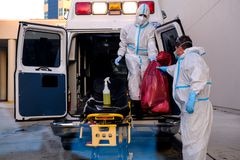