Re An Election? Why? And Why Now? (Editorial, July 29): I see no argument to postpone the election because of the pandemic – not when we are having the Calgary Stampede and about to welcome Americans back into Canada.

The average Canadian minority government has lasted 479 days. This one is at more than 600 days. Being a democracy means having elections, even when parties afraid of losing seats may prefer to avoid one.

In 2017, then-lieutenant-governor Judith Guichon refused then-premier Christy Clark’s election request, following the loss of a non-confidence vote in the B.C. legislature. She instead invited opposition leader John Horgan to form a government.

In that instance, an election had been held a short time earlier. And it seemed clear that an alternative government could be formed – one that would enjoy the confidence of the House.

We all scroll on

Re Put Me Down… …Now! (Opinion, July 24): I will never forget watching an adult with a barely walking child. As the child toddled along, the man continually read from his phone.

I was saddened by the loss of this rich opportunity to interact. School buses, smells, puppies, flowers, colours, sunshine and so much more – it could have been so much fun for both.

Children can learn so much, and are worth their parents’ attention when spending time together. I hope that as pandemic restrictions lift, we will not allow phones to take away time and interactions with the people we love.

I spent much of my life researching the use of telecommunications technologies. Not surprisingly, I agree with much of what contributor Benjamin Leszcz writes.

The cellphone has become the stimulus-response demon of the 21st century. If one doesn’t answer right away, the other party wonders what is wrong. Little thought is given to interactions, and consequently people are saying or texting things they often regret later.

The concept of contemplation appears to be disappearing. That is a pity, as most great ideas require a considerable period of gestation.

Where is my cellphone now? In the top drawer of my dresser, to be used on special occasions.

Avoiding the malign influence of the smartphone is simple: Just don’t have one. I have a landline with a message machine and a flip phone that I carry for emergencies.

Re Open House (Opinion, July 24): When he heard that comic artist Connor Willumsen had a page in The Globe and Mail, our 22-year-old son trekked to a Montreal Multimags store to buy a paper. He spent part of Saturday on McGill University’s McLennan-Redpath Terrace with it, later lecturing his parents on cellphone use based on what he read in the rest of the Opinion section.

Thanks to Mr. Willumsen for helping a young person discover the joys of reading a newspaper.

Re Those Obnoxious Kings Of The Road (July 24): To the delight of manufacturers, many pickup truck owners don’t simply like them – they are obsessed with them. Fear and insecurity have now been weaponized to convert city dwellers into truck owners.

Meanwhile, survival rates for pedestrians hit by trucks plummet dramatically versus accidents with sedans. Multivehicle collisions, flip-overs, etc. – all are deadlier with trucks.

Add pollution to the equation, and what we get is a host of negative externalities created by a growing population of vanity truck drivers – with the costs borne by others.

Is the “cowboy” or “contractor” not allowed “bells and whistles?” Or are those reserved only for the white-collar workers driving European sports cars on our plagued Canadian streets?

I am a skilled tradesman with two pickup trucks for work (one also doubles as a comfortable vehicle for our family of four). While pickups may have gained 1,300 pounds since 1990, keep in mind that during the same period, the Volkswagen Golf ballooned a much larger percentage – from 2,000 to 3,000 pounds.

Pickups have made huge efficiency gains: My 2001 Ford F-350 Diesel is rated to tow roughly the same weight as my 2015 F-150 V8 gas engine. Pickups have also kept the same width for about 60 years. Some are taller because of government emissions regulations forcing larger cooling systems, and larger wheels required by larger brakes for reduced stopping distances.

Pickups are versatile vehicles and tools for many people. Urban Canadians may forget that pickups can travel more than 1,000 kilometres on a single tank of fuel, while electric vehicles currently have a hard time travelling 400 km on a single charge.

As my wife astutely points out, maybe ergonomics play a key role in the rising popularity of pickup trucks; so many North Americans are obese, and it is just too difficult for them to squeeze into most passenger vehicles.

My wife knows this certainly applies in my case. But she refuses to let me buy that red F-150 I hanker after.

Re Are the Tokyo Games Already A Failure? (Sports, July 28): Eight years ago, Tokyo was chosen for the 2020 Olympics with the intention of making these Games the best ever. Planning, money, manpower, hopes and dreams have been in the works for eight years – then COVID-19 levelled those efforts.

It was a nightmare for organizers, athletes, coaches, medical staff and politicians. But Tokyo persevered. Through adversity and lots of criticism centered on pandemic risks, the city made it happen.

Yes, it’s different. There’s no audience. It’s not the showy spectacle it usually is. But the committed, hard-working, hopeful athletes and coaches are there. They’re competing, living their dreams and making it work, despite the virus and a lack of “extras.”

I commend all involved in making the best of these difficult times in the name of sports, humanity and dreams.

Re CBC’s Olympics Coverage: Even More Frustrating Than Usual (July 27): I have thoroughly enjoyed the commercials on CBC. What a pity they have to ruin them by showing the Olympics.

Ah, the Olympics. When our oligopoly banks, telcos and national airline run wall-to-wall ads extolling the virtues of competition.

July 30: ‘The federal government has abandoned Canadian travellers.’ Canadians still shut out of Britain, plus other letters to the editor
July 30, 2021 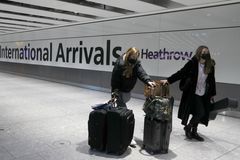 July 29: ‘The poor judgment of a hockey team seems a greater failing to Justin Trudeau than his own.’ The Prime Minister, the Montreal Canadiens, plus other letters to the editor
July 29, 2021 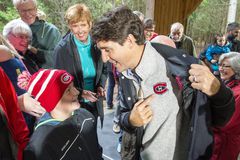 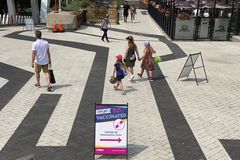