It seems that a combination of COVID-19, China’s ability to intimidate other countries and the current U.S. administration has opened the way for China to renege on its decades-long commitment to a distinct regime for Hong Kong. As for the United Nations, the less said the better.

I shudder to think what this might mean for Taiwan.

Re China Vows ‘Consequences’ Over Canada’s Response To New Hong Kong Law (July 7): The anti-China drumbeat seems to avoid the most salient fact: China’s population is four times the size of the United States. When, say 50 years from now, China achieves a standard of living comparable to that of North America or Western Europe, it is likely to have an economy three to four times the size of the U.S.‘s.

China hawks think there is still time to prevent this, by confronting the country and undermining its economic advance. China doves advocate gradual adjustment to the inevitable preponderance of Chinese economic and population power, believing confrontation will simply create decades of disruption and force the country to adopt a hard line of its own. They also suspect the hawks will not be mollified by a democratic China; the doves are likely to be proved correct on both counts.

The emerging crisis in Hong Kong opens up an extraordinary opportunity for John Horgan and Justin Trudeau to create the immigration, tax and operating structure to establish an international banking centre in Vancouver.

Enabling bankers to relocate staff and capital from Hong Kong to a more stable Pacific location would create a new global finance industry for Canada – and send a message to China about what happens when you kill the goose who lays the golden eggs.

Re Keystone XL Construction Now Under Way (July 4) and U.S. Ruling On Dakota Access Shows Pipeline Battles Are Never Really Over (Report on Business, July 7): Jason Kenney vows that he can persuade Joe Biden to allow Keystone XL to be built, but this seems like nothing more than political balderdash designed to portray himself as a fighter for Albertans.

He should know that Mr. Biden has stated unequivocally that, as president, he would revoke the Keystone XL border-crossing permit. If Mr. Kenney were a real fighter for Albertans, then he would oppose Keystone XL, work to add value to our resources in-province to stop exporting jobs to Texas and fight the federal government for safe, efficient, high-capacity access to West Coast tidewater at Prince Rupert, B.C.

Re Province To Stop Streaming Students Into Academic, Applied Tracks (July 7): Happy as I am for this change as somebody who wants racial stereotypes to disappear, it appalls me as an educational assistant and someone who has a learning difference. Something tells me that Ontario will want classes that had been identified as academic stream to be the only kind available. What of students who have more difficulty learning or don’t aspire toward university studies?

If streaming is to be stopped, then it should be assumed that all students will go to college, so that curriculum will be more accessible to a wider range of learning abilities. Educational needs appear in various shades of grey; God knows I’d have been ecstatic if I could pick classes according to my strengths or weaknesses, rather than the province assuming that learning can only be easy or hard.

It will be fascinating to see where everything winds up.

Isn’t it time we stop suggesting that those who attend college have somehow been disadvantaged? Such an argument shows bias of a different sort. Some college graduates will make $90,000-100,000 a year (as millwrights, for example) and not carry the amount of debt that some university graduates with English degrees will have.

I never thought I would live to see the day Ontario ends the practice of streaming Grade 9 students.

I co-authored (with Stewart Crysdale) an action-research study of 467 youths in east-downtown Toronto in the 1970s (Youth’s Passage Through School to Work, 1994). We found that students from the least educated and poorest-paid families were streamed into basic applied programs, rarely into advanced academic programs (and onto college or university).

We concluded, at the end of the study 40 years ago, that no amount of capability and commitment on the part of teachers or students could correct the broadly negative effects of streaming for secondary school.

Re How Not To Talk To Your Doctor (First Person, July 6): Essay writer Mandy Ruthnum and I have similar backgrounds: Indian heritage, raised in Canada and trained at Canadian medical schools. She details patient comments that she considers racist, and credits her sarcastic inner dialogue for getting her through the day.

I have also had patients ask about my training and ethnic background. However, while I appreciate that it is easy to ascribe racist attitudes to them, I choose not to do so. I am not immune to making awkwardly worded, easily misconstrued comments, and so I forgive them for the same. Usually there is a reasonable, alternate explanation: They are curious and want to learn more about me.

Even if I am naive about hidden, sinister beliefs, so what? I choose to respond as if patients want to establish a relationship with me. We share a laugh about the perplexing pronunciation of my name; I invite three guesses as to its origin. If that helps set someone at ease, then the rest of my job is easier.

Re We Quit (Letters, July 7): A letter-writer suggests “we do away with work entirely. I mean it is so soul-destroying.” I have an even better idea: Let’s do away with money. It’s so annoying to not have any.

Re We Can Do Better (Letters, July 7): A letter-writer suggests that the Edmonton football team change its name to the Edmonton Emissions. A rebranding from racist to eco-supportive would be encouraging. But as separation anxiety grows in Alberta, the team might end up being called the Edmonton Exits.

Opinion
The Trans Mountain pipeline will be built – a rare win for all Canadians, including those who disagree
July 10, 2020 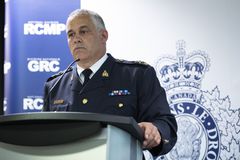 July 7: ‘I have not read the Conflict of Interest Act … does it contain a three-strikes-you’re-out clause?’ Readers debate Justin Trudeau and the WE Charity contract, plus other letters to the editor
July 7, 2020 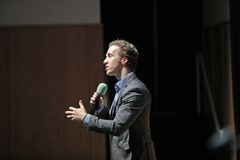