Re RCMP Commissioner Faces Calls To Resign (June 16): One obvious change Brenda Lucki could make, to improve the chances of a brighter future for the RCMP, would be a change in leadership. I find that her hesitation and prevarication in recent interviews reveal a woman quite out of her depth.

Let’s not throw out good in search of perfection.

I believe Senator Lillian Dyck’s call for Brenda Lucki to resign is way out of line. Doesn’t Ms. Dyck realize that, finally, the RCMP have a woman as commissioner?

Yes, Commissioner Lucki was wrong to say there is no systemic racism in the RCMP, but she retracted that within a day and admitted she was wrong. Would a male commissioner admit he was wrong, and that quickly?

The RCMP have much to clean up and we should feel lucky to have Commissioner Lucki in charge.

The Prime Minister and other politicians have made solemn statements about the impact of racism, systemic or otherwise. Solemn statements and condemnations are a good place to start. Action on the Missing and Murdered Indigenous Women and Girls file would not only be better, but it would also be a direct demonstration that we are truly serious about combatting the impact of racism that clearly exists. If it did not, I think the MMIWG issue would have been resolved by now.

Re The Horrors We’ve Farmed Out (Opinion, June 13): I applaud contributor Edward Dunsworth for naming those migrant workers who died on the job. The news of how these essential workers have been treated has made me ashamed to be Canadian, and I question why we aren’t doing anything concrete to protect them. We seem to treat our domestic animals with more decency.

I would pay more for fruit and vegetables produced in Canada, farmed by migrant workers, if it would grant them working conditions that we would accept for Canadian-born workers. That some people would differentiate the two classes of workers feels nothing short of systemic racism.

As a family farm, we have found that there are sufficient federal and provincial rules in place regarding seasonal workers, and the B.C. government has worked successfully with farm organizations and the Mexican embassy to protect them during the pandemic.

We welcome our workers from abroad every year with open arms, and very much vice-versa. We provide excellent housing and transportation for free. Their incomes earned here are worth many times more in their home country. We work side by side with them, and many family farms in British Columbia and Ontario work in this fashion. We, and many farms around us, do not recognize ourselves in Edward Dunsworth’s contribution.

Re How Canada Failed Migrant Farm Workers (June 16): We are originally from Essex County in Ontario and have long been aware of the “dark secret” of migrant-worker abuse by certain farms. We had hoped that by now, and would have expected in a time of pandemic, that necessary improvement and oversight had been prioritized for worker conditions. The outbreak of illness is heartbreaking, tragic and inexcusable.

These workers are essential to our food supply and their incomes often essential to their families, to the point that they make considerable sacrifices in returning year after year. To us, this is nothing short of an outrage. Canadians should be better than this. We should make this right – whatever it takes.

Re Why Have We Neglected Home Care? (June 16): I believe the frail elderly are not safe at home with the sporadic home care that government or most private income resources are able to provide. Even when they don’t require 24-hour care, they still need constant support and supervision. Guess who usually provides it? Women in the family who should be working or would like to be working, or are making herculean efforts to continue working outside the home.

Columnist André Picard’s plea for better home care should be cross-referenced with statistics on women who have to work part time or retire early in order to care for elderly family, thus injuring their own mental health and retirement prospects. Let’s look for a new way forward. How about decent accommodation and care in smaller, more home-like, congregate settings?

We are used to financial gurus gleefully glorifying disruptive forces in our economy. But at least the anxiety they deliver to financial novices like me is usually tempered by a comforting stylistic sobriety that induces trust in their advice.

But what am I to make of an article headlined “Laurentian plows ahead amid COVID curveball” (Report on Business, June 15) or the contribution from George Athanassakos, the Ben Graham chair in value investing at the Ivey School of Business, that said “this year, unlike most of the recent decade, picking value stocks … was like picking lilies in the valley." (Douglas Dynamics Is A Rare Undervalued Stock That Fits The Buffett Mould – Report on Business, June 15)

In this shaky pandemic world, such pulmonic metaphorical dysphoria can be enough to pop my tender coronal suture.

(One) drink to that

Re Sober Second Thoughts On That Next Drink (Editorial, June 16): The Globe’s editorial may have highlighted an important new tool for a harm-reduction response to alcohol misuse and abuse.

One of the impediments to intervening with concern about someone’s alcohol use is denial about amount. Looking at anything past one drink as potentially harmful is a very useful starting point to addressing harm in an informative and non-shaming way.

Such guidance is plainly and simply asking all of us to “think before we drink.” That could become an even better slogan than "a buck a beer.”

Re Study Urges Rethink Of Drinking Guidelines (June 15): The Canadian Institute for Substance Use Research suggests that “Canada follow the lead of the Netherlands, which recommends not drinking alcohol at all or, if people do, not more than one drink a day.”

Alcohol is expensive! I am a “cheap” one-drink-a-week Dutchman. I suggest that it is the frugal nature of the Dutch that accounts for the recommendation of limited alcohol consumption. It seems a matter of maintaining wealth as much as maintaining health.

Opinion
Take it easy on Trudeau. At least he’s being honest about his disdain for Parliament
Subscriber content
June 16, 2020 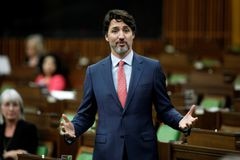 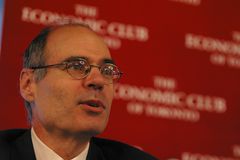