Coronavirus information
The Zero Canada Project provides resources to help you make the most of staying home.
Visit the hub
Contributed to The Globe and Mail
Published June 20, 2020 Updated June 20, 2020
Comments

Re It’s Time To Make Masks Mandatory (Editorial, June 18): Our leaders should show more courage and make masks mandatory, because it will save lives and be good for the economy.

They should also start funding a concerted ad campaign on the necessity of wearing masks before entering enclosed areas. It should include the science and it should include the shaming – just like enlightened leaders during the 1918 pandemic, who changed the imagery of an effete man wearing a mask into a warrior in service to his country.

I find there is still a lot of misinformation being circulated. Let’s get our top-notch persuaders to push back on this topic. Give businesses the weight of official policy and an effective ad campaign, so that they can bar entry to customers refusing to wear a mask, even when offered one at the door.

Re Will The Kids Be All Right? (June 13): It is heartening to read the recommendations for school-aged children put forth by the Hospital for Sick Children. While initial questions regarding the transmission and severity of COVID-19 among children led to extremely stringent measures such as school closings, these measures themselves have unintended deleterious effects, including significant mental-health consequences.

It is critical that children have access to safe spaces, programming and opportunities for in-person socialization. Remote learning for preschool and many elementary-aged children is an oxymoron; children absorb information through their interactions with the real world.

The effects of long-term isolation and lack of social and academic opportunities for our youngest citizens, during critical developmental periods, may be felt – painfully – for years to come.

Re Alberta Watchdog Questions Benefit Of Collecting Race Data (June 16): Susan Hughson, executive director of the Alberta Serious Incident Response Team, says that her agency never identified a “principled reason” to collect race data. Indeed, noting a victim’s race could be misleading in suggesting cause and effect – such as that systemic racism played a part in a specific incident.

Such thinking reminds me of those who argue that there is no proof that global warming caused a specific heat wave or hurricane.

They fail to note that the difference between a single weather incident and the climate is a measure of incidents over time. The “principled reason” for collecting race data is that it would be the only way to determine the presence and extent of systemic racism. From there, if it existed within a police force, the ASIRT could help develop strategies for addressing it.

Re Breaking The Law (Opinion, June 13): The Globe’s entire Opinion section provides searing evidence of the need for our leaders to act now on the appalling race-relations problems in Canada.

There is much to be done at all levels of government to address a daunting range of issues. However, reforming the criminal justice system, as so persuasively argued by contributor Marie Henein, is where the federal government should begin without delay.

We should insist that the Prime Minister give substance to his symbolic gestures of solidarity with the victims of racial discrimination.

He has marched; he has taken a knee. But he can’t stand tall until he has fixed the unfairness of the justice system for our racialized communities.

It is time for our leaders to stand up and to do.

Re The Time Is Now (Opinion, June 13): If we are serious about solving the ongoing injustices of European conquest and the brutal authoritarian structures it has historically imposed, then First Nations should govern the only heritage that matters.

Canada’s natural resources should be returned to the people who knew them first and know them best. I say defund Natural Resources Canada and Crown-Indigenous Relations and Northern Development Canada.

Re We Must Not Ignore The Systemic Racism In This Country (Opinion, June 13): The ultimate source of systemic racism may lie even deeper in our culture, in its latent imprints on our psyches. It is as if we have socially implanted mental structures containing hidden messages of which we are not aware. Any one of us, in an unguarded moment, may be subject to a burst of racism (or misogyny, homophobia or any other dehumanizing prejudice) and then, when it’s over, we wonder: Where did that come from?

For these reasons, I believe it is not helpful to point at anyone and say “you are the problem.” I believe all of us, even the privileged and the powerful, are products of our histories and cultures. We cannot free ourselves from the past, or free each other. But if we try together, perhaps we can help each other be free from our inner demons.

Re Confronting Canada’s Record Of Racial Discrimination (Opinion, June 13): Contributor Mark O’Neill laments our poor understanding of Canadian injustices to Indigenous and Black people, noting that the Canadian History Hall in Ottawa documents this “contested past.” Likewise, the Truth and Reconciliation Commission suggests museums and archives inform the public.

But would museums and archives reach only a selective audience?

Berlin’s Topography of Terror documents Nazi crimes; it originated in the 1980s as a temporary open-air exhibit, and its popularity led to a permanent building in 2010. Canada should consider piloting a similarly accessible, inexpensive, low-tech and transportable display outlining troubled milestones in our history. It could be altered based on public response, duplicated for multiple locations and eventually generate a permanent education centre with a virtual presence. An appropriate initial installation might be at the former Langevin Block.

Monuments honour victims, but Canadians should also acknowledge perpetrators – not only the actions of past governments, but also the public’s responsibility for our historic indifference to or ignorance of these government actions.

How do we unleash the Canadian History Hall and its honesty to become foundational learning in schools? Systemic racism can only be erased by those who have real knowledge and internalized experience, and it may take generations to change. Let’s start to educate our youth about our full history, not just Wolfe and Montcalm. 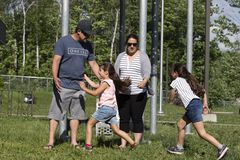 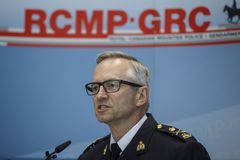