Re The London Attack Highlights The Urgent Need For Canadians To Reach Out Beyond Their Own Communities (Online, June 15): One of my earliest memories as a child in Canada was of crossing the street with my elderly grandmother. Like most Muslim women from the Indian subcontinent, she was dressed in traditional garb with a shawl over her head.

Suddenly, an orange car skidded around the corner and charged directly toward us, at full speed. With a rush of adrenalin, she grabbed me and jumped to safety. As the car drove by, a passenger yelled out racial profanities.

This was around 40 years ago, yet the memory of it – the intense terror and fear of imminent death – is vividly inscribed in my mind. I had never seen my grandmother react with such horror.

It was this distant memory that came to mind when I learned of the London, Ont., attack that killed four members of a Muslim family. For every anti-Muslim attack that gains national coverage, there are hundreds of lesser ones that remain unknown.

Re The Twisted Logic Behind Vaccine Lotteries (June 18): I am appalled at not only those who are offering the chance to win money for receiving a COVID-19 shot, but also those who have clearly decided that the value of money exceeds their health and that of their families.

The message from provinces should be: “You may die if you catch COVID-19. Do it for your family if you won’t do it for yourself” – not, “You can win money if you get a shot.”

Re A Lotto Won’t Get Our Vax To The Max (Editorial, June 17): Canada is fast approaching the point where there should be no excuse for not having at least one shot. A final push to reach willing, but otherwise inhibited, people from getting that shot is welcome. But once that effort is extended, those without a shot, regardless of their numbers, should not delay or slow the pace of our return to normal life.

The vast majority of Canadians have made significant sacrifices and abided by stringent measures to combat this virus, not just to protect ourselves but others more vulnerable to its harshest effects. There should be no patience or sympathy for those too paranoid, too ignorant or too lazy to protect themselves.

Re Data Gaps Hampered Response To Pandemic, Report Says (June 17): The pandemic has shown that we have a “patchwork” of provincial health care fiefdoms that don’t communicate well, nor share data with the same digital template that Canadians should expect in 2021.

For example, I bet Amazon knows when and where the last pencil was sold in the world, for how much and to whom, as well as where it went in shipping, how long it took and when it was delivered. Once delivered, it seeks further feedback on the service and the product.

I’m not a fan of Amazon, but why not apply similar techniques to health care systems across the country when it comes to obtaining accurate and timely public health information – information that could save lives?

The professionals responsible didn’t know what they didn’t know. More than 26,000 lives have paid the price.

Re Standing For Notwithstanding (Letters, June 17): A letter-writer worries that the Charter of Rights and Freedoms enables the courts to restrain “the collective will.” That’s exactly the point of the Charter: to protect individuals and minorities from the tyranny of the majority.

Re What Doug Ford Did To Democracy (June 18): I was pulled up short by contributor Allan Hutchinson’s statement that if a government uses the notwithstanding clause, it must ensure that it does so “in line with deeper democratic principles.” Aren’t documents like the Constitution and the Charter of Rights and Freedoms precisely meant to formally entrench deeper political commitments?

Is Mr. Hutchinson suggesting there is a deeper level of commitments yet? This leads me to the odd conclusion that there should be a second document making that clear. The rights we have in regards to our rights, right?

Re Vancouver School Board Phasing Out Courses For Gifted Students (June 16): I’m a gifted student who went to Eric Hamber Secondary School for honours courses. This decision reeks to me of people who haven’t actually experienced today’s public school system.

Expecting overworked and underpaid teachers to pick up the slack and somehow teach additional honours students will likely be impossible. Ask any student: We barely got enough support even before this change.

Gifted kids aren’t gifted because we get tutored, but because we’re statistically outside the norm and have different learning needs. We don’t have trouble fitting in because our parents are racist, but because we are literally different. Such reasoning minimizes the needs of neurodivergent students and ignores existing problems in the system.

I can’t imagine someone telling us that we only succeeded in honours classes because we got tutored with money our parents didn’t have.

This decision comes as no surprise to me, representing another action by the Vancouver School Board to wave a façade of equity and inclusion, while ignoring the plethora of actual issues present in our education system.

I came from a program similar to honours. It was massively rewarding to my education. To see such an experience be so hastily done away with, without the input of program students or teachers, feels like just another example of how the board fails to include these voices in its decision-making process.

This decision seems like a purely political one that yields not an air of reality when it comes to the true nature of these programs: enabling students to become more educated, fulfilled, productive and participatory members of society.

Re Nestruck On Theatre: Broadway Speeds Up While The West End Slows Down – And Canada’s Theatre Scenes Bud (Newsletter, June 15): So the New York state health authority is not recognizing the AstraZeneca vaccine, therefore some Canadians and other international visitors will not be allowed as audience members for Bruce Springsteen’s Broadway show, Jimmy Fallon or Saturday Night Live.

Is it too late to switch my Pfizer appointment to AstraZeneca? 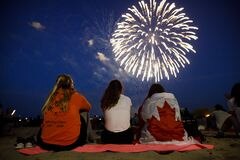 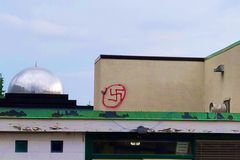 Two people charged after allegedly threatening to ‘blow up’ east-end Toronto mosque
June 16, 2021
Follow us on Twitter @globedebate Opens in a new window
Report an error
Due to technical reasons, we have temporarily removed commenting from our articles. We hope to have this fixed soon. Thank you for your patience. If you are looking to give feedback on our new site, please send it along to feedback@globeandmail.com. If you want to write a letter to the editor, please forward to letters@globeandmail.com.
Comments