Re China Links Detention Of Two Canadians To Meng Arrest (June 25): This ordinary Canadian has a suggestion for those high-powered academics and former politicians who trumpet the idea of quickly ending the standoff with China. They would do well to remember that 1955 Broadway musical comedy Damn Yankees. In that modern retelling of the Faust legend, a baseball fan named Joe sells his soul to the devil in return for one season as the slugger that his Washington Senators need to beat the New York Yankees. Predictably, all goes well – until it’s time for the devil to collect his due.

It’s tempting to wave the legal magic wand (or baseball bat) that hopefully might calm China-Canada relations and free the “two Michaels.” But there is no doubt to me that doing so would have grave consequences for this country. The devil indeed would be in the details of any “agreement” with China.

Re We Cannot Be Patient In The Face Of Injustice (Opinion, June 20): In 2019, I believe contributor Jody Wilson-Raybould sacrificed an unprecedented opportunity to achieve many of the goals she espouses in her article when she rebuffed the offer of the Indigenous Services portfolio.

She could have been the leader who held in her hands “the tools for effecting needed legislative and policy change.” This was a chance to make a meaningful difference and be an inspiration to Indigenous women and girls. Instead, she chose to abdicate in what some interpreted as a fit of pique.

Sadly she, like many Indigenous people across Canada, will likely need to be patient much longer in the uphill struggle to effect change from outside, instead of at the table.

Re Just Watch Them (Opinion, June 20): There are serious questions raised by David Shribman’s consideration of Pierre Trudeau’s invocation of the War Measures Act in 1970.

The first and most important is whether there was an insurrection going on. Was use of the act justified? No such evidence was provided, certainly not by Mr. Trudeau when Tommy Douglas asked to see it before that fateful parliamentary vote. Yes, there was illegal and morally unacceptable violence, but provisions in our criminal code would have been sufficient to deal with the situation.

Mr. Shribman suggests that Mr. Trudeau was justified in his action, believing there was a threat to Canada’s existence, “especially after [Pierre] Laporte was killed.” However, it should be noted that the act was invoked before, not after, Mr. Laporte was found dead.

We, the New Democratic Party MPs, voted for the preservation of civil liberties and against invoking the act. It was the most important vote I ever cast, and history would show that we were right.

As a member of The Globe and Mail parliamentary bureau at the time, I had a first-hand look at the imposition of the War Measures Act in 1970. Despite Pierre Trudeau’s braggadocio, he was at first reluctant to use the law. He insisted that then-Quebec premier Robert Bourassa and Montreal mayor Jean Drapeau write him a letter requesting the act be imposed before the federal government acted.

At the time, the measure was controversial, but looking back, it stopped the kidnappings immediately and ended the cycle of separatist violence by the Front de libération du Québec. And in his next mandate, Mr. Trudeau brought in a less draconian law – the Emergency Planning Order, which eventually led to the Emergencies Act – to deal with any future domestic disruption of civil society.

Re 100 Days Of Solitude (Opinion, June 20): I had a heart-wrenching conversation with my daughter, who had a job she loved that paid enough for her to survive in Vancouver’s overpriced economy. Now, she is laid off and still waiting for her first payment of the Canadian Emergency Response Benefit, not knowing how she will pay for her prescription medication, rent, groceries, utilities, etc.

Then I read about the existential agonies of contributors who likely are not experiencing similar realities to a majority of Canadians. Glad that they can see the good that can come out of this crisis. So which one of them would like to cover my daughter’s expenses until she is once again employed?

Back to the backlash

Re Backlash On Rowling’s Gender Comments Mark A Troubling Trend (Opinion, June 20): In discussing the J. K. Rowling backlash, contributor Steven Lewis wonders why we can’t all discuss controversial ideas without getting offended. One answer is that some people’s rights and lives are materially affected by these controversies, and the promotion of these ideas leads to real, demonstrable harm. It’s not as easy to laugh these things off when you’re the one being laughed at or, worse, being threatened with violence.

Ms. Rowling seemed to know exactly what she was doing when she tweeted an anti-trans message to her millions of followers. She should know well that the idea that she pushes, that trans women are just men in dresses, has led to the harassment and murder of many trans people. Why should she not be challenged and held accountable for promoting demonstrably harmful views?

I agree with contributor Steven Lewis on the importance of freedom of expression. But nowhere in his discussion of the backlash experienced by J. K. Rowling and Margaret Atwood did I find a credible demonstration of widespread suppression on the left. Instead, I found a conflation of condemnation with censorship, and “criticisms” and “pile-ons” with Stalin and Mao.

While there are some who might wish to silence the aforementioned authors, Ms. Atwood remains a darling in progressive circles. Ms. Rowling’s reputation may eventually recover or it may not, but either way, her views on trans people deserve to be scrutinized without those who denounce her being labelled totalitarian.

Far from being antithetical to freedom of speech, I believe freedom to criticize is freedom of speech. To think otherwise would buy into the hyperbole of reactionaries who can’t stand the heat.

The hardest blow of all

Re A Beautiful Feeling (Letters, June 23), Attention! (Letters, June 24) and Midnight Special (Letters, June 26): Here was my mother’s early-morning ritual: making her rounds to each of our bedrooms mimicking a bugle blowing reveille, then singing Irving Berlin’s Oh! How I Hate to Get Up in the Morning.

It was several decades later when I heard the full version of the song, and was astonished to discover mom had deliberately left out the line, “Some day I’m going to murder the bugler.” 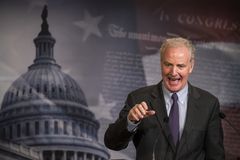 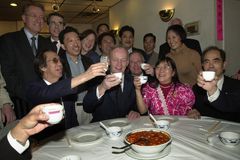