Re Ontario Students Will End School Year Remotely (June 3): I am very disappointed in Ontario Premier Doug Ford’s decision to keep schools across the province closed for the remainder of the school year. He is clearly showing his urban-centred bias with no regard to the situation elsewhere.

The Ontario Science Table states that “schools can re-open safely on a regional basis.” The case numbers in rural areas have always been much lower than in urban centres. Why can’t schools reopen based on regional numbers?

The Ford government is committed to virtual education, but not for sound pedagogical reasons; it is cheaper to deliver. Don’t forget this was the government that recently proposed four compulsory online courses as a requirement for a high-school diploma.

Doug Ford has earned the anger of every citizen who is concerned for children’s mental health in Ontario.

Kids in Thunder Bay have been out of school for all but five months in the past two school years. The damage already done, especially to the young ones, is incalculable. The cruelty in denying little people the chance to see their friends and teachers, to bring some closure and order to this chaotic situation, is unspeakable.

Mr. Ford should be required to identify the experts he relies on to justify this abomination.

Re Ottawa Pledges Funds To Locate Unmarked Indigenous Burial Sites (June 3): Apart from providing the necessary funding, Canada should have no part in exploring the extent of the atrocities in the Indian residential schools. Prime Minister Justin Trudeau should call in a third party such as the United Nations to carry out all the required investigations. No country should be allowed to determine the extent of a genocide for which it is responsible.

The horrors of Canada’s residential schools have been documented for decades, notably in the 1997 book The Circle Game: Shadows and Substance in the Indian Residential School Experience in Canada. The authors show how the official interpretation of events, reflected in the media, distorted the narrative and downplayed the damage for decades. It may have comforted many people to believe that the program was founded with the benevolent intent of achieving assimilation, but the discovery of the bodies of buried children indicates otherwise. How did we allow the truth to be whitewashed for so long?

While the federal announcement of $27-million in funding to help Indigenous communities locate their lost children from residential schools is welcome, it is tokenism. Basic math suggests the funding is an order of magnitude less than what is required.

Ample funding should be provided to transparently document the histories of the residential schools so this shameful episode is not forgotten. Funding for academic research studies, archive and museum collections, oral histories, books, documentaries and changes in school curriculum are all needed to embed residential schools in Canada’s official history. Establishing active, meaningful partnerships with Indigenous organizations are an essential aspect of this process.

Re Few Options for Newfoundland’s Dam Dilemma (Report on Business, June 2): Selling Newfoundland and Labrador’s hydroelectric assets to Hydro-Québec may seem like a win-win solution to some: The province avoids bankruptcy, while Hydro-Québec gets all the power it needs.

However, the last time these two parties did business, the result was massive damage to Innu land and the lopsided 1969 Churchill Falls power contract. To this day, Hydro-Québec refuses to take responsibility for what it did.

If the province wants to do business again with Hydro-Québec, our claim against Hydro-Québec must be resolved, Innu must consent to the deal and the best interests of all Newfoundlanders and Labradorians must be top of mind. Our land is not a commodity that can be used to solve an economic crisis.

Re Price of Fame (Letters, June 3): A letter writer says he feels little sympathy for Naomi Osaka because she is the world’s highest-paid female athlete and wouldn’t be who she is today without the media. He suggests that by refusing to do interviews she is biting the hand that feeds her.

I think what’s called for here is empathy, not sympathy. Regardless of her talent, her fame and fortune, she is still a human being. Any of us, prince or pauper, can suffer from mental-health issues. Prince Harry comes to mind. There has been a huge upsurge of anxiety and depression during the pandemic. Ms. Osaka said she suffers from bouts of depression. Let her get the help she needs, then she can return to the world stage. In the interim, she will remain a role model for young women around the world.

Re Former Hab Became Outspoken Player-Agent (June 2): I read with interest the obituary of Gilles Lupien, the former Montreal Canadiens player. What a difference the game of hockey would be if all coaches and hockey leaders shared his views and his attitude about life in general. I think all hockey players should be required to read his obituary.

Re Roasted Elks (Letters, June 3): A letter writer laments the new name of Edmonton’s football team because of the fact that elk are sometimes killed and eaten by other animals. If he thinks that’s bad, just wait until he hears about the hockey team that’s named after a leaf. 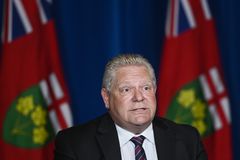 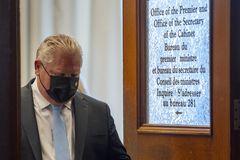