Re The Private Sector Can Offer an Antidote To What Ails Our Health Care System (Opinion, Oct. 17): While working in Britain, I had a health scare. My doctor recommended that, if I could afford it, I should bypass the long wait for public care.

By paying a fair chunk of money, the next week I saw the same specialist that would have taken me many months to see in the public system. In one day, I had numerous tests done, ate a delicious salmon lunch on fine china and received results by the end of the afternoon.

That is what a dual system looks like. It is inherently unfair. People with money get better care. Our tax system should be thoroughly shaken up, so that high-income earners pay their fair share and all Canadians have the same access to timely, quality health care.

I agree that public versus private health care is a “necessary debate,” but after citing all the drawbacks of our current system, not once does contributor Tony Fell suggest more public funding as a solution.

Regardless of the issue, we tend to compare ourselves favourably to our dysfunctional neighbour to the south, and conclude that there is not much room for improvement. In each case, including health care, a more ambitious comparison would be to countries such as France, Germany and the Netherlands.

Health care systems in the developed world have been ranked, based on outcomes and cost, by the World Health Organization. Canada ranks toward the bottom – with the United States further down the list. All countries above us have some form of two-tier system. Let’s hope our politicians have the courage for a clear-headed examination of this alternative.

I find it fascinating when wealthy conservatives talk about “courageous” conversations regarding health care in Canada. Their definition of courage is completely different than mine.

Theirs always involves a private parallel system that will magically solve all our health care issues and never affect the public system. Yet experience in Britain and Australia shows that the public system suffers when private insurance functions as an alternative. Not, of course, for the wealthy, who get what they want, when they want it.

It is instructive that contributor Tony Fell refers to private education, which is ultimately about the exercise of privilege for those with means to gain an advantage for their children in the marketplace that is now our society. He wants that in health care, too.

A courageous conversation would be to ask how we correct the deficiencies in public health care, for the benefit of all Canadians. I am not holding my breath for that to happen any time soon from those who seek to introduce two-tier health care.

Re DNA In The Jessop Case Proves Morin’s Innocence, Once And For All (Oct. 17): The angst and sorrowfulness I’m experiencing now brings both a kick to my gut and leaves me feeling the same sadness of that night on New Year’s Eve, 1984.

Credit to the police for never giving up. Let all perpetrators know that they are only one DNA test from being brought to justice, now or in perpetuity.

I remember the sheer nastiness of the community at the time. Guy Paul Morin’s sentence continued far too long. I am relieved to hear he has been able to make a life for himself.

I find myself hoping that some of the inept people involved in this failure of justice do not sleep well at night.

Re The Crucial Role Genetic Genealogy Played In The Jessop Case (Oct. 17): It is ironic that the novel, but arduous, investigative technique of “genetic genealogy” – 36 years later – is what determined the identity of Christine Jessop’s killer. Even a cursory analysis of the initial facts of the case – back in 1984 – surely ought to have placed Calvin Hoover under more scrutiny.

Sadly for Guy Paul Morin, the investigation was woefully impaired by social profiling: that a friend of the Jessops who visited often surely could not have been a suspect, but a quiet and reclusive man who lived next door with his parents placed him under a cloud of suspicion.

We are left with the empty feeling that this horrible crime could have been solved a lot sooner and quicker.

Re We Had Enough (Letters, Oct. 19): A letter-writer believes it is time to leave the WE Charity scandal behind. I think anyone who has dealt with dishonest people would counsel others to be 100-per-cent sure they can trust those whom they have put in charge.

The Liberals seem to be fighting a little too hard to keep this issue from seeing the light of day. Perhaps we can “build back better” from the pandemic, but not with a dishonest government. We should know what happened.

Re Ottawa Is Playing Down Risks Of Fish Farms: Scientist (Oct. 16): As part of Fisheries and Oceans Canada’s peer-review process, experts review and synthesize data, methodology and results of scientific studies. In-depth debate is necessary and the consensus that emerges is the basis for our advice, which we then publish. In this way, the collective body of research, or weight of evidence, is considered.

Fisheries' researchers collaborate with a wide range of partners (including government, academia, Indigenous communities, non-profits and the private sector) to generate high-quality, impartial science. They are well respected in their fields of expertise and committed to public service.

Scientific integrity is essential to our work. In everything we do, we strive for transparency, impartiality and research excellence.

Re Boooooring (Letters, Oct. 19): There is one aspect of Canadian elections that isn’t boring: In practice, the prime minister and the premiers can have one when they want. This is at least as dangerous a threat to democracy as the shenanigans taking place to the south.

Re Thornton May Be Experienced, But He Doesn’t Know What’s In Store For Him (Sports, Oct. 19): So Joe Thornton says he needs to win a Stanley Cup. So why did he sign with the Leafs? 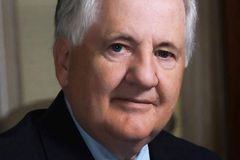 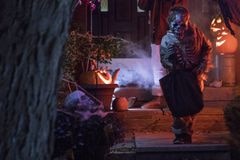