Some now, some later

Re CPPIB Chief Executive Mark Machin Steps Down In The Wake Of COVID-19 Vaccination Controversy (Feb. 27): Enough of the travel shaming already! I find the real shame is that Canada has failed so miserably in securing vaccines, delaying a return to normalcy and an economic rebound.

We should stop deflecting blame onto Canadians who feel the risk in travelling is a necessary evil. They are perfectly within their right to do so. It is abhorrent to me that our government seems to encourage shaming and criticism.

Re Online Booking Tools For Vaccine ‘At Different Levels Of Readiness’ (Feb. 26): I am 91 years old and living independently. I have many friends in Montreal and I am angry. These friends made one phone call when Quebec’s lines opened and were given vaccine appointments within three days.

Is Ontario so disorganized?

I, too, have been upset with the pace of the vaccine rollout, but I must relate my recent experience.

I went online about a week ago to book an appointment for people over 80. I arrived for my appointment at 9 a.m. I was given my shot and was back home by 10 a.m. The procedure was safe and seamless. My appointment for the second shot is set for late March.

Congratulations to the team at Wellington-Dufferin-Guelph Public Health.

What evidence will be provided to show that we have been vaccinated? Cruise ships, airlines and some countries will almost certainly require proof of vaccination before allowing access or entry. Some employers may even demand proof of immunization.

What is going to happen in Canada? When eventually we do get vaccinated, how will we prove it?

We have an amazing vaccine sign-up system here in Alberta. We received e-mail confirmations, text or call reminders and even options to reschedule. When booking, all locations available were listed with distances from our residence, as well as links to maps. We also automatically got a date for our second appointment.

We are both 77 and have already had our first appointments. We could have gone earlier, but we had plans to ski.

I’m normally fortunate to spend winters in Mexico. Being an obedient Canadian, I listened to my premier and Prime Minister and remained largely stuck in my condo for the past year.

My anger at Justin Trudeau and Doug Ford lies not so much in restricted travel, but in the fact that by the time we are all vaccinated, thousands more Canadians will lose their lives.

We should establish a trades program focused on teaching First Nations youth lifelong skills to build houses: architects, engineers, carpenters, stonemasons and bricklayers, plumbers, electricians, drywallers and painters. This new cohort could then build houses for First Nations communities and have the residual skills to succeed in the long term.

Re Four Black Officers In York Region Accuse Police Force Of Racism (Feb. 25): Constable Dameian Muirhead and other Black police officers should never have to tolerate this kind of behaviour.

I do think it unlikely that many officers are racist but are rather afraid of confronting those who are. If they do, and ideally they would, they should offer support to officers so abused but not escalate further without their consent. They could face harassment that could be career-ending or limiting. It takes a strong individual to do so, particularly when management won’t back them up.

Police boards, management and unions should recognize this and rid themselves of racist officers – or nothing will change.

In cod we trust

Re Is Politics An Obstacle For Sustainable Fishery? (Opinion, Feb. 20): Disagreements over the cod fishery have been repeated for as long as it has been managed. These disagreements blame foreign overfishing, overfishing by other components of the Canadian fishery, predation by seals, unavoidable natural fluctuations and cherry picking from among the fish abundance indicators. Some components (e.g. disease, global warming, food supply) cannot be controlled and problems are not always another group’s fault. Two changes in management would help.

First, there are at least eight components of the groundfish fishing fleet; this separation is a nightmare to allocate and enforce catches. Reducing the number of components and allocating each their piece of the ocean to enhance or destroy stock should improve accountability.

Second, we should show humility in accepting that there are no perfect solutions. We should experimentally manage a stock using different rules, in different places, until a good one is found.

The show must go on

Re Ontario Theatres Say Illogical Ban On Filming Performances A Threat To The Sector’s Survival (Feb. 24): Perhaps the quickest solution to this lack of logic would be for theatre companies to redefine themselves as film companies. It is, by definition, their current activity.

It is crucial that we all do our part to reduce the spread of COVID-19. However, not allowing theatres to film or stream their work gravely endangers the fate of artistic institutions that are vital to our communities.

I am a Canadian operatic soloist who had two productions at the Bavarian State Opera last fall. One was performed in front of an audience. The second was reduced to a livestream because of COVID-19. We took the exact same precautions in both productions (frequent testing etc.). No one became ill.

Although singing for a live audience is more pleasurable, the livestream nonetheless allowed the art to be brought to the audience.

Re The Dairy Industry’s Use Of Palm Oil Breaches Its Moral Contract (Feb. 22): I tried a simple experiment and bought Donia Farms grass-fed butter. I left a slice out on our counter and voilà: nice, easy-to-spread butter for our sandwiches. I want to give a shoutout to dairy farms such as Donia that are producing butter with integrity.

Feb. 26: ‘Is there anyone in charge who knows what they are doing?’ Vaccine frustrations, plus other letters to the editor
February 26, 2021 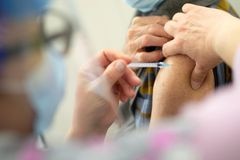 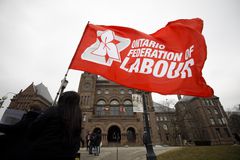