Re Still No Luck (Letters, March 9): Outrage seems inadequate a word to match my feelings after speaking on the phone with my 88-year-old Oma. I called to ask about her appointment for the first COVID-19 vaccination, only to be told that she spent nearly four hours waiting outside an Ontario clinic – in -5 C weather with other seniors.

She thought it would be a quick visit, so only brought a cane instead of her walker. “Warming areas” inside the clinic were crowded and the line outside was not physically distanced.

Frankly, I feel helpless. I’m abroad and have no way of physically helping my elderly family. I would have expected our social system to protect, not endanger, our most vulnerable population. I wonder, how will the administration of the second dose be different, and how will the clinic be improved? We should hold our government accountable.

Re Britain Reckons With Royal Family Racism Allegations (March 9): This is 2021 and the “Firm” looks to be an anachronism. (Most) members of the company should be thanked for exemplary service, retire gracefully and take their place in the history books. The tabloids will find something else to write about.

I’m in no position to pass judgment on Meghan Markle’s character or motivation. The important thing is that it shouldn’t matter. I have no doubt she experienced racism when she married into the Royal Family and would have were she a saint.

Britain can do what it chooses. Canada’s continued commitment to the Queen would put us in league with systemic racism and elitism. Fewer and fewer of us have links to Britain and the monarchy. Racialized Canadians and the Québécois can trace past and current problems to the legacy of British colonialism.

It should be time to sever our links to the British Crown. Let there be no new governor-general.

“We haven’t created this monster machine around us in terms of click bait and tabloid fodder,” Meghan Markle says. I have not been interviewed a whole lot on television, but I do know that media usually don’t pop cameras out from behind a hedge and start filming.

Enough with this hypocrisy: Ms. Markle and Prince Harry should torture us no longer with this drivel.

Inference after inference, supposed facts without evidence or names, plots and aspersions by persons not to be named. This all sounds quite familiar. This interview sounded like Meghan Markle and Prince Harry doing what they criticized the tabloids for doing.

But somehow this was okay, shown on a major U.S. television network in prime time and rebroadcast around the world. How can the tabloids be found at fault, and this couple apparently vindicated, for what amounts to the same behaviour? The word hypocrisy comes to mind.

The irony is that it’s only taken an American actor, a few chickens and a member of the Royal Family itself to bring down a 1,200-year-old institution. Indeed, all the world’s a stage.

It should come as no surprise that some members of the Royal Family may harbour racist tendencies. Why should they be immune when many non-Royal Family members are that way? Calling it out, as Meghan Markle has, is important and should be done wherever and whenever racism reveals itself.

But startling discussions in a garden with Oprah won’t solve the problem. The real problem is tribalism, the deep roots of which may be impossible to fully eradicate unless evolution moves us all forward.

Until that happens, however, the best we can do is what Ms. Markle did. And often.

Yesterday, I bought 250 grams of Savör unsalted grass-fed butter, certified by Dairy Farmers of Ontario as meeting the organization’s grass-fed standards. This butter is creamy, soft at room temperature and delicious. Yes, it was more expensive than other brands.

Are we destroying rainforests to grow palm oil trees so that dairy farmers can milk larger profit from their herds? Or to give Canadians cheaper butter? Just asking.

Re I’m An American Supporter Of Canada’s Dairy Supply-management System (Report on Business, March 6): I am a former Canadian dairy farmer and I suggest that contributor Howard Dean should be careful what he wishes for. Canadian consumers pay more than they should because dairy prices finance what I would describe as the exorbitant and intergenerational capital costs of quota.

Quota rights exist in numerous other facets of the dairy industry, whether it be the transport companies that carry raw milk from farm to plant, the processors who trade plant quota or the importers who own import quota, to name a few – all financed by consumers.

Besides, how can one justify an industrywide monopoly at a time when the dairy industry continues to consolidate into fewer and fewer, but larger, farms?

Re Canada Hit By Another U.S. Pipeline Block (Editorial, March 8): With a new U.S. administration and its recent actions on Keystone XL, and now the threats to Enbridge’s Line 5, this should be a call to action to enhance energy security within our own borders.

With critical needs at stake in Central Canada and ample energy production in Western provinces, it would behoove our federal government to prioritize domestic solutions such as Energy East. It should be part of “building back better” to fulfill critical energy needs, diversify and generate additional export opportunities and support our energy industry’s best-in-class performance in environmental, social and corporate governance.

“It was bad enough for the U.S. to kill the unfinished Keystone XL.” That certainly does not sound like the tone of most Globe and Mail opinions after Joe Biden cancelled that pipeline. It seems that oil and pipelines are suddenly important when Ontario’s interests could be affected.

Win some, lose some

Re Deliverables (Letters, March 8): A letter-writer says Canada Post lost numerous packages of hers. With family birthdays coming up, I ordered a number of gifts online, six of which arrived within a week of being ordered. I was astonished!

Perhaps the headline should be: “Canada Post: uneven level of service.” 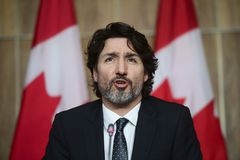 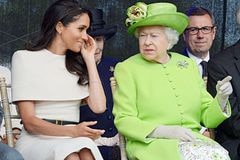