Re Shut It Down: It’s Time To Get Serious About Social Distancing (March 12): As usual, columnist André Picard’s wise advice should be heeded. However, I do believe that at this pandemic time of COVID-19, our message should specifically prescribe physical distancing and reinforce social connectedness, whether by video, internet or phone.

Re Social Distancing Is Not About Panic. It’s About Being A Good Citizen (March 12). Contributor Mark Kingwell makes valid points regarding a person’s social actions in the current pandemic. But if he wishes others to follow his suggestions, I believe he has set the wrong tone. Lecturing, especially about cruise vacations, and a commanding sense of attitude do not create a persuasive environment – put-downs don’t work for me.

And for his information: We had already cancelled our cruise.

Re A Roman Holiday Cut Short: Getting Out Of Italy As The Country Shut Down (March 12): I had to read twice the conclusion of reporter Oliver Moore’s account of returning early from a Roman vacation. Did he really find that at the airport in Toronto, “no one cared” that he had just come from Italy, where the current state of outbreak seems far worse than the resolving situation in China? And that he and his partner went off to ride public transit with no health checks or warnings?

If travellers from a hot-spot have been able to return home without any oversight, have we really been on top of this thing?

Re How To Prepare For Vacation Amid The COVID-19 Outbreak (March 7): We arrived in Auckland on Feb. 29 to the blaring headline in the local newspaper in one-inch-high caps: PANDEMONIUM. As one barmaid in Kerikeri, on the north island, said the other day: “Well, we only have three cases so far, so no worries.” There are at least five confirmed cases of COVID-19 here now, but it seems the Kiwis are taking the impending apocalypse in their usual stride.

All my wife and I hope is that this black-swan event has enough wings left to get us back home to Ontario later this month, and that our home and native land will let us back in!

Leading up to that decision, I had been monitoring the situation there. Here’s what the city has done so far to contain the coronavirus: A four-digit phone number can be called if people think they might have contracted the virus; doctors answer these calls 24/7, ask questions about travel history and symptoms, and determine if it’s possible that this is a case of COVID-19; then a van with test kits can be sent out to the person’s home, day or night, where medical staff collect swabs; while the tested person self-isolates, the swabs are taken to a lab and analyzed within 48 hours.

Sounds like an easily accessible and sensible way to handle the situation. What are our cities doing?

In the next few days, some families may still head off on a well-deserved spring-break holiday. I wonder if this is a wise move, given the circumstances. Is Canada prepared for their return?

Slightly more than 80 years ago, my grandmother and another 200,000 or more people succumbed to the Spanish flu in the 1918 pandemic that swept Britain. The virus was brought home unwittingly by troops demobilized after the First World War. The country was ill-prepared and no vaccine existed. The consequences were dire.

As our families return from places unknown, are we prepared to test all incoming travellers for COVID-19? Is the medical profession staffed to a level sufficient to meet a sudden influx of cases? Will we have the hospital capacity that may be required?

Bill Gates has speculated this may be the “once-in-a-century pathogen we’ve been worried about." Let’s hope he’s wrong and history doesn’t repeat itself.

Re Who’s Right? (Letters, March 12): Brian Pallister and others’ characterization of federal legislation to implement the United Nations’ Declaration on the Rights of Indigenous Peoples (UNDRIP) as wreaking “havoc” and an obstacle to legal clarity seems unfair and inaccurate.

Canada’s legal framework already requires governments to respect Indigenous laws and Canada has signed on to support UNDRIP. Unfortunately, I do not believe Indigenous laws nor UNDRIP have been fully observed in decisions on resource projects, such as the Coastal GasLink pipeline. Legislating UNDRIP would make the responsibilities of governments and companies more clear, and bring into focus the Indigenous laws and sovereignty that should serve as a guide to lawmakers in addressing climate change and sustainable economic development.

One such responsibility is to respect the right to free, prior and informed consent from affected Indigenous people. The issue appears to be less that Mr. Pallister and others don’t understand consent and rights, but that they may not like the clear responsibilities they would bear when UNDRIP is legislated.

A letter-writer believes the answer to Brian Pallister on the UN Declaration on the Rights of Indigenous Peoples is simple: “If you have title, you should have veto. Period.” I wonder if she would hold firm to her principles the next time a municipality needs to expropriate land for a hospital, school or rapid-transit line. Or will other considerations suddenly come into play?

Re The Frozen Front Line (Opinion, March 7): In August of 1973, I was the second-in-command of a composite militia company that took part in “Exercise New Viking.” We flew from Trenton to Resolute Bay, and spent two weeks patrolling the area, and another two weeks patrolling around Mould Bay on Prince Patrick Island.

I was particularly interested in the photograph of Canadian Arctic Operations advisers walking on the wreckage of an airplane. If memory serves, it is on a hill about one or two kilometres northeast of the runway at the Resolute Bay Airport. We were told the pilot was attempting to land during a blizzard and was circling the airport when he discovered his airspeed was about 50 to 65 kilometres an hour. Unbeknownst to him, he had gradually descended until his landing gear was dragging through the snow, slowing him to the point the aircraft was barely flying.

He cut the throttles, turned off the systems, got out and walked the rest of the way to the airport.

Opinion
Our way of life is fragile. Only trust can preserve it
March 13, 2020 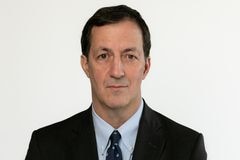 Coronavirus: Ottawa is supposed to be in charge, but this week, it looked like a bystander
March 12, 2020 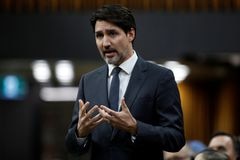 Opinion
Hospital bed shortages amid COVID-19 expose the deadly cost of a lack of vision
March 13, 2020 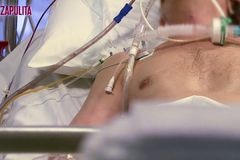