Re Canada Looks To Biden To Win Freedom For Spavor, Kovrig (March 17): Do we really expect the United States, even under Joe Biden, to help Canada with Michael Spavor and Michael Kovrig? What have we learned over the past four years? If nothing else, it should be not to trust the U.S.

Canada should wake up and grow up. We are a middle-size nation with a fairly large economy. We should do things ourselves, diplomatically and militarily speaking. We should still work with other countries in regard to China, but we shouldn’t rely upon goodwill to help us if we are afraid to pressure China.

This would mean spending more on foreign relations and the military so that we can better build alliances and defend ourselves. If we don’t, then we may be in for a rude awakening in the near future.

Re So You Want To Break Free Of The Royal Family (March 16): I’m a monarchist. Have been ever since 1957 when, as a teenager, I crowded as close as possible to the curb to catch a glimpse of Queen Elizabeth and Prince Philip on their visit to Canada. My family and friends think I’m the worst kind of anachronism. After all, in a recent poll, 53 per cent of Canadians said we should get rid of the monarchy.

But as columnist John Ibbitson writes: “It’s important to separate the Crown as an institution from those who wear or are near it.” It shouldn’t matter whether Meghan Markle’s accusations are true, or whether Julie Payette harassed her staff. What should matter is whether our system of government, a constitutional monarchy, works. Canada ranks 11th in the annual World Happiness Report; the United States ranks 18th.

I agree: Why bother switching to a republican system of government?

Re The Worst System, Except For All The Others (March 17): I agree that there should be a head of state who is not the head of government. However, I do not think that the Queen should be ours.

The majority of people in Canada are not of English background. Many of us, including myself, were born in British colonies and subjected to racism. We left them with terrible memories.

A First Nations person would be more appropriate and go a long way to improving those relations. It could be like the Dalai Lama: someone elected by their own elders and serving for life.

I think this would be much more fitting for our nation, given our history.

Re Bleeding Cash, Canada’s Airports Face Dim Prospects After Not Privatizing (Report on Business, March 17): I believe columnist Konrad Yakabuski points to a solution that will worsen, not solve, the situation. Airport privatization was floated as a trial balloon during the early days of the Canada Infrastructure Bank. The idea failed to take off, thanks to widespread public opposition and resistance from the airport sector itself.

The financial case to privatize looks weak, at best. The government may make short‑term, one-time financial gains by selling our airports. But Canadian workers and travellers will likely, directly and indirectly, shoulder the long‑term costs of privatization.

The entire airline industry needs to recover and rebuild from the pandemic. Keeping airports non-profit ensures any new fees or taxes go directly to their operation, not to investor profit. Airports are valuable assets, especially for our economic recovery. Let’s keep them public.

Re Canada’s Aviation Industry Needs A Total Overhaul, Not Just A Bailout (Report on Business, March 12): Contributor Mike Arnot argues that airline passengers should not have to pay, in the price of tickets, for the operation and maintenance of Canadian airports or the air traffic control system. He would like the rest of us, who never or rarely get on airplanes, to pick up the tab for those things. Well thanks, but no thanks.

There are lots of things that I am willing to help my fellow Canadians pay for – superfluous, environmentally destructive airline travel is not one of them.

Re Carbon Capture Is No Longer A Pipe Dream (Editorial, March 13): Carbon capture is indeed feasible and being carried out in many places, although it is currently quite expensive. The main issue that remains is the process and location of storage of captured carbon dioxide.

Where there are abundant sedimentary rocks available close to or at the earth’s surface, and in oil producing areas specifically, there may be suitable potential hosts for carbon dioxide. The problem arises in areas where surface rock is, for example, like the Canadian Shield and basically impervious to injection and retention of fluids. Industrial emitters in such places as Sudbury would have to send recovered carbon dioxide a pretty long distance to find a potential host, and that would be prohibitively costly.

At the moment there is no silver bullet, but that is not for want of trying.

What assurance can we have that there will be no serious leakage in a couple of thousand years, or that resource-prospecting by some future civilization in a dozen millennia will not unwittingly unleash a catastrophic discharge of carbon dioxide?

These questions have been asked of those who would bury nuclear waste; carbon dioxide deserves no less.

I am taking a page from Canada’s climate plan that aspires to reach “net-zero” greenhouse gas emissions by 2050. I’m all in.

First there’s my new “net-zero” diet: I can eat anything I want until 2050. In the meantime, new technology will just suck the calories out of me so that I can enjoy sackfuls of chips guilt-free.

Same with dishes. By next year, someone will perfect self-cleaning kitchens. A year’s pile of filthy dishes will be cancelled out by mess-sequestration technologies.

Don’t believe me? Governments brag about net-zero while still burning fossil fuels. This would be the same thing: all gain, no pain!

Opinion
Better a hereditary head of state than any other kind
Subscriber content
March 16, 2021 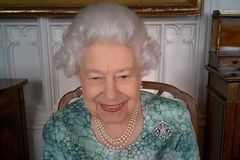 Opinion
So you want to break free of the Royal Family?
Subscriber content
March 16, 2021 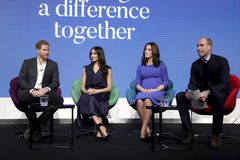 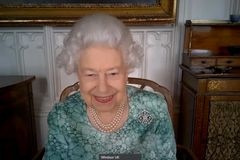