Re Pandemic Panic Being Magnified By Automated Trading, Analyst Says (Report on Business, March 17): I agree that trading programs and so-called artificial intelligence are undoubtedly playing a huge role in exacerbating the current market volatility. And I believe the failure of regulators both north and south of the border to deal with this issue is a disgrace.

The general population is being told to not panic as the pandemic unfolds. Yet there is widespread panic in the markets. Economic theory advises that governments send messages of stability by changing interest rates or other theoretical monetary measures. How about a more direct method of telling traders, who seem unable to remain calm, to not buy or sell for a while, or simply shut down trading?

When investing in the stock market, citizens are advised to not panic, to not sell against bad news, to not be reactionary. Maybe we have people with the wrong characteristics working as traders. All stock market transactions are electronically recorded. Can’t we reverse recent transactions and return market positions to the good health of a few weeks ago?

Re Our Way Of Life Is Fragile. Only Trust Can Preserve It (Opinion, March 14): I believe columnist Andrew Coyne is correct: Our success in fighting this virus depends on trust among ourselves, and none more obvious than the trust our elderly and otherwise vulnerable citizens place in the rest of us.

Canadians look out for one another. Our universal health care, generous social programs and kind nature seem testament to that. Therefore we should heed the warnings and follow the instructions of health experts, not so much to protect ourselves, but to protect our most vulnerable.

I am confident their trust is not misplaced. Everyone should go out – or stay in – and prove me right!

Re From Ukraine To Ecuador, Stranded Canadians Struggle To Find A Way Back Home (March 18): I was in Florida last week. I did everything I could to get home as soon as possible, cutting short my vacation no matter the cost. That same day, I still saw people flying off to Ecuador, Peru and Poland. In fact, I have nephews and nieces who departed for spring break in Florida as late as March 16. What are these people thinking!

It seems reckless and infantile to take no responsibility for one’s actions, then expect the Canadian government to rescue them. I would imagine Ottawa has more important issues to deal with, especially after people have ignored appeals to stay home.

Now when travellers return, they will put the rest of us at further risk – all because they really wanted to go on vacation.

Re Shortages Of ICU Hospital Beds Expose Deadly Cost Of A Lack Of Vision (Opinion, March 14): The problems identified by columnist Doug Saunders seem to go much deeper. The push for austerity through cuts to taxation has led to systems, such as health care, that are less resilient. If anything untoward happens – say, a pandemic – the system may not cope with added demand.

It is one thing for businesses to choose just-in-time delivery systems and global supply chains, but quite another for governments to follow that lead. If the presumptions of a business fails, it goes broke and customers go elsewhere. A government is not a business – there is no alternative vendor if it fails to discharge its responsibilities.

Re Social Distancing, Battlefield Triage And Moral Reckoning: Life In The Time Of Coronavirus (March 16): As one old enough to remember, I see many similarities (and many differences) in attitudes to the present health crisis as those at the outbreak of the Second World War.

In the days leading up to war being declared, renowned British scientist J. B. S. Haldane predicted that the opening air raid on Britain would result in 100,000 deaths, while the Royal Air Force estimated 20,00 daily casualties. These figures prompted plans for about 750,000 hospital beds, one million coffins and more than 30 million gas masks, as well as air-raid shelters. While I recall no signs of panic at that time, a great sense of community spirit did occur; normally reserved neighbours came together and official directions were closely followed without complaint.

In regard to hoarding: There was very little, if any at all, although I was involved in one minor incident. As part of the war precautions, I had been evacuated with my school from the city to the countryside. The woman with whom I was billeted, recognizing that shortages might occur, sent me to her grocer for one pound of demerara sugar. The grocer informed me he was sold out.

We are certainly living in unprecedented times. We should also remember that, in 1918, the Spanish influenza made its earthly journey and took down many. It made its way to Nail Pond, PEI, as well.

My father-in-law’s sister had gotten it. A flag was put up at the end of the driveway to signify quarantine. With no electricity and very little supplies, they managed to not only pull her through, but no one else in the family quarters caught it. Herculean effort there, let me say. Now, all these years later, we are facing a pandemic. I know this is a scary time. If we let it, fear can overtake our better judgement.

Right now, we only have to isolate for a time and, really, how bad can that be? Here we have a roof over our heads, fresh water, electricity, food, television, internet, books, puzzles and old photo albums. All those things we said we would do if we only had the time – we have that time now!

Looking back to 1918 and to where we are this minute, I would say that life is good indeed. We only really have one job: Stay home!

Re COVID-19 And Boomers (Letters, March 18): As an aging baby boomer, I was informed by my middle-age son that we should not have our usual Sunday night dinners for the time being. And by the way, Mom, you should not be having your weekly card game either. And, Mom, do you need anything from the store?

This is all new. Who is this person bossing me around? I’m now realizing that it’s my loving son. 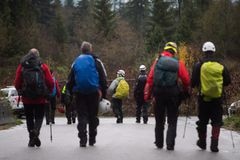 Domestic violence shelters adapt as coronavirus forces families home
March 18, 2020
Explainer
How many coronavirus cases are there in Canada, by province, and worldwide? The latest maps and charts
March 28, 2020 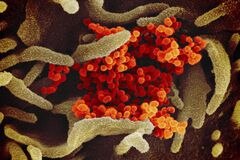