Re No Clean Water: 39 First Nations Remain Under Long-term Advisories (March 1): I congratulate The Globe and Mail on making First Nations water problems front page news again. If this doesn’t speed up government action, I don’t know what will.

While the human misery should be our main concern, it is also an embarrassment to admit to our new immigrants and international friends that we tolerate a situation where some of our citizens still do not have access to clean water.

There is also the Indigenous-owned FNTI, formerly known as First Nations Technical Institute, which offers educational opportunities aimed at enhancing the capacity and strength of learners and communities. It is located in Tyendinaga Mohawk Territory, where there is a comprehensive range of contracting businesses.

I perceive that the issues behind a First Nations housing crisis are not based in a lack of skill among First Nations peoples, but lie elsewhere.

Re Construction Industry Fears A Skilled-trades Shortage (Report on Business, Feb. 23): Canada continues to face a shortage of workers in the skilled trades, which the retirement of baby boomers will accent. But when the construction sector begins to rebuild Canada’s economy, I believe it will be trade contractors who lead the way.

Trade contractors employ more than 80 per cent of the sector and provide on-the-job training to apprentices. When governments make investments in skilled trades development, trade contractors should not be forgotten.

Re Machin’s Swift Exit Underscores Public Intolerance (Report on Business, Feb. 27): Mark Machin earned $5.9-million last year. This is so deeply offensive to me. I was planning to say something witty and withering but, to be honest, that salary figure left me mostly speechless.

It seems wrong that Mark Machin’s $5.9-million in compensation is almost 15 times higher than the Prime Minister’s of nearly $400,000, a sum which few would argue is inadequate. The federal government should ask whether Canadians are getting our money’s worth from the Canada Pension Plan Investment Board and its executives, and whether its investments are consistent with Canadian policies concerning climate change, etc.

The Finance Minister should ask the Auditor-General to look into this, given that the CPPIB is not legally part of the public service or otherwise subject to that office’s examination.

I am troubled that our country has chosen to shame Mark Machin, given he has not taken a vaccine from a Canadian, but rather has left a dose for another Canadian. He has immunized himself against COVID-19, thus with great probability reducing his risk of infecting others.

The decision to punish Mr. Machin feels like a message to all Canadians that our country will hold itself back in the fight against COVID-19. I argue his decision stands to protect the balance of society rather than hurt it. I feel that we should thank him.

In these times of minimal privacy, I offer a simple rule for the upper ranks of government, business and political life: If one doesn’t want to be on the front page of The Globe and Mail – don’t do it!

Re Save Us From Supply Management, Mr. Biden (March 1): The Canadian dairy industry should remain protected for Canadians.

In the 1990s, corporations lobbied the government for permission to sell synthetic bovine growth hormone to Canadian farmers. The possible result was that residues from the hormone could be in our milk. Because our dairy industry has a monopoly in Canada, many non-governmental organizations and individuals were able to stop this plan.

Many U.S. dairy farmers still use this hormone. Worse still, some U.S. milk has been allowed into Canada through the United States–Mexico–Canada Agreement. I personally am afraid to buy cheese or ice cream unless I know the milk comes from a Canadian farm.

The palm oil scandal should be a warning that Canadians cannot release control of the dairy industry. If we want healthy food for our children, we should closely watch the policies of Agriculture and Agri-Food Canada and the corporations that would influence it.

Re It’s Time For Canada To Strengthen Our Ties With Cuba (Feb. 26): Contributors John Kirk and Stephen Kimber seem to suggest that backing international movements against the likes of Venezuela’s Nicolas Maduro is ill-advised “interference in the internal affairs of other Latin American countries.” Would such magnanimous forbearance also apply to China’s bullying of Hong Kong or Bashar al-Assad’s assault on Syrians?

I believe these horrors represent much more than different “philosophies on political systems.” Treating despotic behaviour with “civility” would only legitimize and prolong the suffering that it perpetrates.

Re Erin O’Toole, Trapped In A Political Corner (Editorial, Feb. 26): Poor Erin O’Toole, searching desperately for issues which might make him electable. Like Groucho Marx, Mr. O’Toole seems to be saying, ”Those are my principles, and if you don’t like them … well, I have others.”

He does have an option: State his principles and run on them – but maybe that’s too much to expect.

Re How The Pandemic Has Helped Us Rediscover Walking (Feb. 27): My grandmother used to tell us that in 1879, when she was nearly three, her father walked with her on his shoulders from Whitby, Ont., to the opening of the Canadian National Exhibition. They stayed overnight and went home the next day. 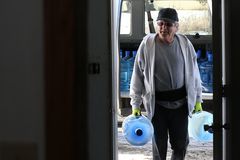 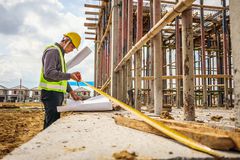 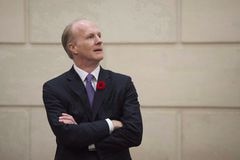