Re We Can’t Wait On Global Vaccination (March 22): So Justin Trudeau promises to provide vaccinations to the global South. How will he do that when he hasn’t provided them to Canadians in a timely manner? Plus he has already taken vaccines from the supply group that Canada was supposed to be “donating” to poorer countries.

My husband is 85 and he will have to wait four months to get his second shot. If vaccines are not available to us in Canada, when does the Prime Minister expect that the supply will be so large as there will be plenty to share with others?

Maybe if we could see the contracts, we would have a better understanding of what the true situation is for Canada.

It’s abundantly clear to me that the law is a tool of the state – to be interpreted, ignored, fabricated or twisted in whatever way is deemed politically expedient to the ambitions of the government. Frankly, I find it astonishingly transparent.

Re O’Toole Faces Narrower Path To Power (March 22): It’s easy to laugh at the Conservative Party over the silly vote to deny climate change, but it also masks the lack of action by the Liberals.

The carbon tax was announced years ago, but I’ve seen no major initiative since. We should have a national energy plan that would see Energy East built, doing away with imports of foreign oil. With thought, we should have more planning and action on renewable energy integration and energy conservation.

But it seems we have no leadership in Ottawa to do so, and apparently we will get none from the Conservatives.

Re How A GHG Ruling Could Affect Import Tax (Report on Business, March 18): A border carbon tax to protect domestic industries shows me, once again, that divesting ourselves of fossil fuels, as proposed by the Paris Agreement, would be very costly in economic terms. Author Bjorn Lomborg has pointed this out for a number of years, but we seem to be doing our best to ignore his analysis without refuting it.

More troubling is the notion of imposing taxes on “polluting countries that send their goods here.” The problem is that the bulk of the burden would likely fall on the developing world, such as sub-Saharan Africa and the Indian subcontinent. These countries cannot afford to transition away quickly from fossil fuels – requiring them to do so, at the cost of improving unacceptably low standards of living, would be truly unethical.

Re RCMP Destroyed Police Records From The Night Boushie Died (March 22): Unfortunately, the time should be now for Canada to stand down or discontinue the portion of the RCMP establishment that deal with the Canadian populace on a daily basis. I count far too many examples of RCMP incompetence, racism and brutality.

I don’t think changing an ingrained mindset will ever happen. We should proceed with disbandment and let the provinces and territories look after policing themselves.

Re Sajjan Wrong On Probe: Former Watchdog (March 19): With the recent resignation of Lieutenant-Colonel Eleanor Taylor, it has again become clear to me that our mothers, sisters and daughters cannot pursue a career in the military or the RCMP without fear of sexual assault. That women cannot be safe working in their own taxpayer-funded institutions should be an outrage and a national disgrace.

Where is our federal government in this sorry state of affairs? The safety of women does not seem high on its list of priorities. Why would any Canadian woman willingly vote for a Liberal or Conservative candidate?

Re The Mentally Ill Need Help, Not Assisted Dying (March 19): Contributor John Maher seems to confuse the debate on assisted dying with the need to engage in suicide prevention for young persons.

Assisted dying is a human right established by the Supreme Court of Canada and now protected and regulated by federal legislation. It should fundamentally be about what patients want, not what doctors tell them to do.

The courts have had no trouble recognizing this right. We should adopt a more humanistic perspective and recognize the rights of individuals in controlling their lives.

One of my patients lives with bipolar disorder and has had recurring depression for 25 years. She is doing well today – she has an excellent job and family life.

About three years ago she was at her lowest, struggling with strong suicidal urges. During that time, I dreaded that she might ask me to assist her to die. I struggled within myself to know what position I would take. Her pain was as palpable as any advanced health problem such as cancer.

Ultimately I would not support suicide, even though she might perceive that as withdrawing support from her. Thankfully she never asked. We saw each other frequently and her depression passed. She acquired new skills to manage her chronic condition, and I learned that mental-health conditions are different – that with support they can be weathered.

I confirmed that I could not support medical assistance in dying for mental health – not on my watch.

In my reading of contributor John Maher, he describes two political groups as either mean and disgusting or caring and supportive – or, better explained, killers versus saviours. The reality of medical assistance in dying seems nowhere near that simple or true.

I believe MAID is the best legislation a Canadian government has introduced in generations. Period. And, yes, it should continually be improved. 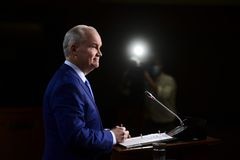 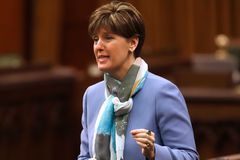 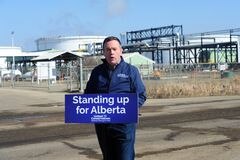