Re Exit Machinations (Letters, March 2): Mark Machin was not an elected official. To the contrary, the Canada Pension Plan Investment Board is an independent agency established to operate at arm’s length from government. The CPPIB manages almost $500-billion which will be used to pay pensions for generations of Canadians.

It is in all our interests that the CPPIB is able to attract and retain the highest-calibre staff. I believe Mr. Machin’s resignation undermines this ability, a high price for Canadians to pay for a temporary reprieve from our pandemic frustrations.

Re Some Now, Some Later (Letters, March 1): I was gobsmacked to read about a letter-writer’s ease of experience with Alberta’s vaccine signup system.

I don’t qualify yet for the vaccine. But when several friends tried to book appointments, they were met with website crashes, busy phone lines and little flexibility on vaccination dates into mid- to late-March. Some took matters into their own hands and booked at local pharmacies.

Re Got It Covered (Letters, March 2): A letter-writer suggests that preserving Canada’s dairy monopoly is critical to ensuring a safe supply. If so, should we not also be advocating for monopolies in the provision of pharmaceuticals, vehicles, aircraft, telecoms and a host of other goods and services?

Re A Predictable Fiscal Sinkhole At B.C.’s Site C (Editorial, March 1): Some call it the sunk-cost fallacy and others the Concorde fallacy, after the notorious money-losing jetliner. Decision makers, private or public, sometimes maintain spending on large-scale projects long after they know they will lose out.

Behavioural scientists and economists only speculate as to the reasons. Animal behaviourists debate whether only humans engage in this, and watch how long insects work to build impractical nests before abandoning them.

The question for the B.C. NDP government should be: Will Site C make money?

Re It’s Time For Canada To Strengthen Our Ties With Cuba (Feb. 26): I could not agree more. Let us make the timing the day after Cubans vote in the election Fidel Castro first promised in 1959.

Re When Will We Start Fixing Long-term Care? (Feb. 23): When we nationalize it!

I find the entrusting of this essential social requirement to for-profit interests to be a primitive abomination, exemplified by columnist André Picard’s descriptions. Regardless of the variation in the quality of homes, the underlying method of profit is to lower the costs of inputs such as labour, food, facilities and maintenance. These responsibilities should be fully undertaken by a responsible government agency run by unionized, properly paid and trained staff, answering only to social need.

That administrators at Résidence Herron in Quebec may face charges, after 47 deaths there last year, is evidence enough for me to make this move.

Families may still have reason to worry over their loved ones being left vulnerable by measures taken by some long-term care operators to maximize profit.

Neglect in long-term care was present in Canada before COVID-19; Western business mentality and, by extension, collective society allowed the wellbeing of our oldest family members to be decided by profit margins.

Our governments mostly dared not intervene, perhaps because they feared being labelled as anti-business in our avidly capitalist culture.

Big business does not always know or practise what’s best for its consumers, however vulnerable. The buck should stop with the health and lives of people, especially those who have little or no voice.

I believe that if such deaths as we’ve seen in long-term care had occurred in a school or daycare environment, everyone would be in an uproar and changes made immediately. Why not the same with our seniors?

A recent survey found that more than 90 per cent of seniors in Ontario do not want to go into long-term care. Is anyone listening? Why not start with fully funded home care or a paid family caregiver model as they have in Newfoundland and Labrador?

Re The Senate Is Not The Place To Block C-7 (Feb. 17): While imperfect, our upper chamber is finally acting with greater independence and less partisanship. In the midst of crises, it’s obvious to me that the Senate serves Canada’s national interest.

Certainly fresh debate is needed about accountability, Indigenous representation, greater provincial equality and influence over Senate appointments, but surely there’s common ground. Many Canadians, especially on the Prairies, sincerely want our Senate to be a more finely calibrated “counterweight to majoritarianism,” to borrow a phrase from Senator Peter Harder.

While the House of Commons is pre-eminent, constructive tension should characterize healthy bicameral dynamics. And far from being a legislative “kill switch,” the Senate amended only 33 of 88 bills passed by the previous Parliament.

Columnist Andrew Coyne writes: “There will come a time when the Senate blocks a bill you agree with. And where will you be then?” Perhaps in a more durable democracy, governed by a more prominent Parliament.

Re CMHC Boss Admits Forecast Error As House Prices Soar (Report on Business, March 2): Wow, it only took about nine months for Canada Mortgage and Housing Corp. to admit its error.

Last spring, we were in the unenviable position of needing to sell our home just as the pandemic took hold. But common sense told us that our suburban home, with a pool and in a nice community, would be a pandemic haven for those who could work from home and needed more space.

We were right and sold for a bit more than we expected. Good thing we didn’t pay attention to CMHC’s forecast and settle for 18 per cent less!

Why would CMHC stick to an erroneous forecast for so long? The answer seems to lie in its corporate plan “to seek out innovative ways to achieve housing affordability for all.” Fortunately for us, the tactic didn’t succeed. 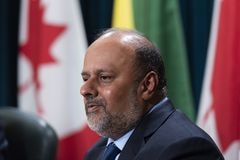 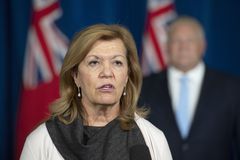 COVAX initiative says it will deliver 237 million COVID-19 vaccine doses to 142 countries by end of May
March 2, 2021 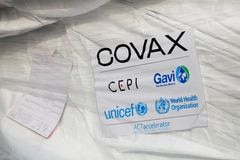