Re Is COVID-19 Less Lethal Than We Thought? (May 15): Where has this voice of science, here provided by former Ontario health minister Eric Hoskins, been during the pandemic? I don’t agree with much of his politics, but when Dr. Hoskins puts on his profession’s hat, I find he is impossible to refute.

Public-health specialist Eric Hoskins argues that publicized mortality rates so far are too high. Another example to consider: At the Cargill meat-processing plant in Alberta, nearly 1,000 workers were infected by COVID-19, and only two have died. If it holds, that’s a mortality rate way below any published figure.

Re It Might Be Too Early To Panic About The Deficit, But Some Worry Is Warranted (Opinion, May 16): The new normal seems to be that debt doesn’t matter. At one time, financial prudence was judged by a budget surplus or deficit. Then it was changed to debt as a percentage of GDP. Now what is it?

If debt is of no consequence, then let the government give everyone a million dollars today. Obviously this is absurd, but the point is: What limits should be in place by which the electorate can judge performance? Without limits, votes will likely go to the party that gives away the most. A new “abnormal” would mean a significant reduction of informed democracy.

We should consider the velocity of money. Money is a flow, not a stock. So think of it as a fast-moving river driven by economic behaviour. When money supply is right, the river stays within its banks, producing price stability. When there is too much money, it overflows its banks, producing inflation.

Right now, people and businesses are hoarding cash and spending only on necessities, which has drastically lowered velocity; the river is running low and slow, leading to deflation. What central banks are trying to do is keep the economy moving by pouring more money into the flow, increasing liquidity in order to avoid deflation and stagnation.

When the economy accelerates, it will be necessary to drain this excess liquidity. Until then, there should be no danger of inflation.

Re Hard Sell (Letters, May 14): A letter writer questions the economic “doomsday scenario” resulting from COVID-19. So far, a government-mandated shutdown has resulted in mass unemployment, real and potential bankruptcies, both small and large, and unprecedented government spending to allay the economic fallout. Very few people would see this as sustainable.

Government tax revenues from all sources, small and large, are what fuel our economy and allow the funding of future services. Without the potential of economic growth, we would surely have a “doomsday scenario.”

Re Street Sense (Letters, May 15): A letter writer is in agreement with The Globe’s editorial that “the future’s a bet.” However, I believe there are bets, and then there are safe bets.

The best prediction of the future is often the past, since history repeats itself. The pandemic caught us woefully unprepared, although epidemiologists and virologists had long predicted such an event. It seems a safe bet that there will be another one in the future. We need to learn the lessons of COVID-19 so that we will be more prepared for the next pandemic.

Re Rights Advocates File Legal Challenge To ‘Depopulate’ Federal Prisons And Prevent COVID-19 Spread (Online, May 12): The Mennonite Central Committee understands the importance of providing appropriate supports for individuals returning from incarceration and the need for community safety. From our experience working with ex-offenders, we know those with support networks are more likely to reintegrate well into society.

We are part of Circles of Support and Accountability Canada, a national association of projects providing support for individuals with a history of sexual offences. A “circle” is a committed group of trained volunteers and staff that form an intentional, relational network around a “core member.” We find that circles are highly effective, long-term, supportive and accountable relationships for these members.

Our studies show a 70-per-cent decrease in re-offending behaviour for members engaged in circles. Even more, they show such programs are cost-effective, saving society $6 for every $1 invested. We believe CoSA programs are uniquely positioned, taking into consideration the needs and safety of victims and the ongoing obligations of those who have offended.

Re U.S. Agency Expresses Concern Over Pollution From B.C. Mines (May 12): With our Elk Valley Water Quality Plan, Teck Resources is committed to environmentally responsible resource development in the area.

We have made significant progress: Our first treatment facility is now operating and removing selenium from water. A second facility utilizing the latest technology is also achieving near-complete removal of nitrate and selenium, and we are working to double its capacity. A third treatment facility is under construction, and we expect even greater water quality improvements as it comes online. We also have more than 25 research and development projects underway to find even better ways to manage water quality.

Teck has been working for years with stakeholders on both sides of the border. These stakeholders have participated in various committees and reports. We remain committed to putting in place necessary measures to ensure the Elk Valley watershed is protected.

Re A.Y. Jackson Visits Tom Thomson’s Shack (Moment In Time, May 11): This took me back! A.Y. Jackson in “the Shack,” with Keith MacIver and his Dalmatian Peggy, was a seminal part of my childhood. My mother, Cynthia Walker Heidenreich, a single parent, relied on relatives like Keith, who was married to her cousin Edith Alexander, to “foster” me in the summer.

The Shack had a living room loft where I slept overlooking walls covered with an iceberg by Lawren Harris, a mining town by Yvonne McKague Housser and a huge osprey by Thoreau MacDonald. A.Y. continued to be a regular visitor to the MacIvers, the Alexanders and the artists that settled in Albion Township in the 1950s.

I remember well Farley Mowat, Rosemary Kilburn, who lived in the Dingle schoolhouse, and Will Ogilvie. Jack Nichols was also a regular visitor. We listened daily to Rawhide and that tied us into the rest of Canada. Such wonderful memories! 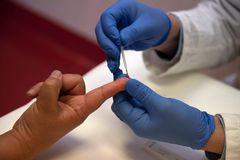 Opinion
Maybe it’s too soon to panic over the deficit, but can’t we at least worry?
Subscriber content
May 14, 2020 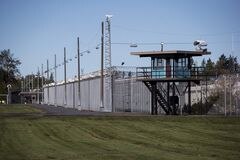