Re Inside L6P’s COVID-19 Fight (May 21): Thanks to The Globe and Mail for highlighting real-life experiences in L6P. We owe so much to this community and its residents for their hard work and sacrifices.

As a retiree living in a Toronto suburb buzzing with roofers, construction crews and delivery trucks, my pandemic experience could not be more different. If I hear anyone malign this region for perpetuating the pandemic, I will be quick to cite The Globe’s coverage.

I will remind them of who allowed them to stay home and carry on in a relatively comfortable way.

Re ‘To Be Honest, I Don’t Remember A Lot About The Beginning Of That Last Day Of My Childhood’ (May 18): The story of Fred Sasakamoose, and those of other residential school survivors, should be required reading in every Canadian history curriculum.

The last day of Mr. Sasakamoose’s childhood highlights the ruthless system used to tear children from their families. The three horsemen of this apocalypse involved an Indian agent representing the law, an RCMP officer to enforce it and the man in priestly garb to break spirits. It’s hard to believe that any one of these institutions could ever be trusted again by this community.

I challenge parents to read these stories, to put themselves in the shoes of these Indigenous families. I challenge Christian institutions to critically examine and confess to their complicity.

It seems we haven’t had the courage to face up to our collective shame. Only with full knowledge can we ever achieve the understanding and compassion that true reconciliation involves.

Re Ontario’s Reopening Plan Won’t Allow Patio Dining Until Mid-June, Does Not Mention Schools (May 21): The night of June 20 marks the beginning of summer; a “one-dose summer,” they call it. Please read the fine print: In Ontario, “one-dose summer” might start July 26.

Re When We Finally Return To Offices, How Should We Shape The Workplace Of The Future? (Online, May 17): As employers across Canada plan returns to the office, I hope they will consider more than just profit. COVID-19 should be a wake-up call to not ignore the health and well-being of employees.

Many people working from home are happy to continue doing so, permanently, myself included. I eat better at home and sleep more with no commute. When it is busy, I don’t mind working longer from home.

Those work-from-home benefits should be considered, should employees desire to continue doing so.

Re Mass Timber On The Rise In B.C. (Report on Business, May 18): The hype and buy-in for timber speaks to the power of the real-estate community and its influence on British Columbia’s economy. It is quite possible that the benefits of this type of construction are important. However, we should ask more questions.

The cost of wood has skyrocketed. Has that been considered in original estimates for projects? In my city, there should be more affordable rental accommodation and not a mass timber luxury condominium.

Where is the timber coming from? This at a time when companies have been given the green light to harvest old-growth forests in spite of election promises to curtail this unsustainable activity. This should be a moment to understanding the value of biodiversity in our attempts to protect the environment.

Re A Red Light On Calgary’s Green Line (Editorial, May 17): Kudos to The Globe and Mail for reminding us that Calgary’s new light-rail transit would generate more than 10,000 direct jobs. If indirect jobs are counted, the total would jump to 20,000. Public transit is a great source of employment, generating more jobs than some high-carbon infrastructure.

An April, 2020, a World Resources Institute report found that “spending on public transportation creates 31 per cent more jobs per dollar spent than spending on new roads.” When government puts money into transit, it can powerfully address the twin ills of climate degradation and unemployment.

Citizens of Calgary and Toronto both face provincial governments running roughshod over transit decisions that should be made at the municipal level.

Here, the approved, fully funded, shovel-ready Downtown Relief Line subway expansion was cancelled with a stroke of Doug Ford’s pen in 2019. Two years later, our municipal government is in the ridiculous position of having to plead with the provincial government to fix problems in the replacement Ontario Line.

Transit plans shouldn’t see-saw whenever there’s a change in provincial and federal governments. Citizens who use transit and their elected municipal representatives should have a bigger voice in transit decisions. Let’s hope the new federal funding model means desperately needed transit will be controlled by municipalities where transit will be built.

Re Selling National Symbols With Fewer Language Levers Left (May 21): As a young political science student, I found myself in Quebec City on a business errand for a German friend. My new Canadian friends had arranged a dinner reservation for me at a lovely restaurant in the historic section.

I spoke English there, more comfortable for me than my rather broken French. The service was attentive but cool. Thinking it was due to my being there solo, I turned to French in frustration. It was like day and night: The staff started swarming around me.

Finally I was asked why I did not have an American accent. Baffled, I said, “Because I am German.” When I left, half the restaurant was accompanying me to wave goodbye at the door.

Re Appearances (Letters, May 17): A letter-writer believes that “the Prime Minister may not have broken the law, but he wouldn’t pass a smell test.” My pandemic reading has included The Splendid and the Vile by Erik Larson. One might as well add “smelly” to the title of this Winston Churchill saga and his first year as British prime minister.

Churchill family finances were a disaster. Friends and acquaintances provided luxurious weekend getaways and stocked liquor cabinets and wine cellars for them, and for whichever government, diplomatic or military leaders joined them.

Churchill bathed twice daily, but his remarkable, eccentric and lumpy governance does not pass a smell test either! 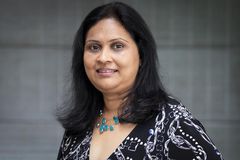 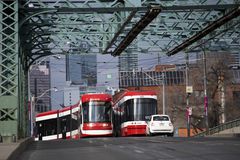