Re Ontario, Quebec Set To Make All Adults Eligible For Vaccines (April 30): The great news of massive vaccine deliveries should not cause us to lose sight of the enormous failure of governments to deal with systemic problems that made the pandemic deadly for so many, including our most deserving and essential residents.

The failure to quickly implement paid sick leave contributed to many workers making the tough decision to go to work while ill, resulting in COVID-19 spread throughout communities.

Despite a disastrous first wave that resulted in shocking deaths in long-term care, governments (Ontario, especially) failed to quickly implement changes, resulting in even worse fatalities in the second wave. Only vaccinations prevented even more deaths in the third wave.

The pandemic has exposed weaknesses that will not be improved by vaccines. We can’t let our governments forget them.

Re Ontario’s Government Should Be A Laughing Stock For Shuttering Outdoor Activities (April 30): What about all the other reasons?

Re Canada Should Follow Britain’s COVID Model (April 30): The most important difference between the two approaches: Britain has a National Health Service. We don’t.

Re Canadian Olympians Struggle With Idea Of Jumping The Vaccine Queue (Sports, April 30): The diversion of it all, and the sense that we can “reset our clocks” to a post-COVID-19 order of events, is appealing. Not only that, but we should consider that many athletes will never have another chance at the Olympics after years of training and sacrifice.

However, and for good reasons, there are scruples. Looking at the carbon-offset model, is there merit in letting Olympic athletes go to the front of the line? But with the provision that government commits a meaningful number of extra doses per athlete to the COVAX program – even if it calls for manageable short-term sacrifices to Canadian vaccine supplies.

Re The Threats To Canada’s Public-health Officials Are Unacceptable (April 27): As the association representing Ontario’s medical officers of health, boards of health and senior managers in public health, we were grateful to read contributor Alan O’Dette’s defence of public-health officials, as well as his unequivocal condemnation of the abuse that many of them have endured during this pandemic. Our members have worked tirelessly to respond to the needs of their communities.

It is often said that public health is invisible in the absence of a health crisis. Now the pandemic has raised that profile significantly and thrust these professionals into new roles. It has multiplied their direct interactions with the public.

Medical officers of health are threatened. Officials and inspectors are blamed for business restrictions and closures. Intake staff are criticized for scarcity of vaccine appointments. Nurses and other staff are blamed during case and contact management calls.

Re Calls Mount For Telford To Testify On Vance (April 29): “Nobody knew it was a Me Too complaint” – what a curious response from the Prime Minister.

He seems to imply that had the complainant taken to social media and added her ordeal to the #MeToo narrative, the government might have known to take things seriously. Instead, she naively expected a response from the Minister of Defence (and failing him, the Prime Minister).

To me, this one reaches new lows of misdirection.

Re Former Supreme Court Justice To Review Military Misconduct (April 30): I hope that rather than revisit the issues, which have been known for decades, Louise Arbour focuses on why recommendations have never been implemented.

The issue does not seem to be the lack of understanding what change is needed, but the lack of will to do so.

Re Wokeism Is A Threat To Joe Biden (April 29): Joe Biden’s attempts to push the United States in the direction of European (or Canadian) social democracy is bound to fail. At heart, I believe the U.S. is the quintessential “I’m alright, Jack” country, where personal well-being and wealth outweigh social considerations for most people.

Whatever one thinks of Mr. Biden’s individual budget initiatives (child care, tuition, etc.), efforts to strong-arm U.S. citizens in the direction of a shared-wealth society, and to make them more dependent on government largesse, will likely ensure the early demise of the Democratic vote.

Re The High(er) Cost Of Old Age Security (Editorial, April 29): Every senior I know continues to pay taxes without complaint so that this country is held in the highest esteem by others. Yet it feels like we continue to consider them as third-world citizens.

Without the contributions of seniors, we would not have medicare, access to education and a bill of rights and freedoms, to name a few examples. Yet a large number of seniors still live in poverty or just above that line.

I consider it shameful to call for decreases to Old Age Security and the Guaranteed Income Supplement.

Re Funny Things Mom Says While Using Her Tablet (First Person, April 30): Our mother at 95 has not only been isolated in her seniors’ apartment for the past 14 months, but she is profoundly hearing-impaired and relies on her tablet exclusively to stay connected to the outside world.

She competently navigates e-mail, the e-library, FaceTime and streaming apps, and just the other day I spent time guiding her through YouTube. She can no longer use the phone for a welcome chat with family and friends, so her tablet has become a vital tool to keep her socially connected and mentally engaged during the pandemic.

Now if we could just master finding the closed captions feature on every page and site! 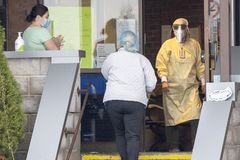 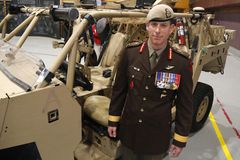 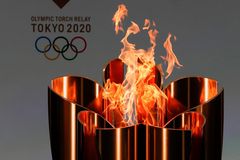