Re Ottawa Mulls Postponing Donation Of Vaccines (May 3): I was born in India and raised in Canada. I wouldn’t be who I am today without the influence of both countries. As India teeters on the edge of collapse, I am disappointed and saddened at Canada’s commitment to do the bare minimum to help.

Canada has pledged $10-million in aid to India but refuses to share even a small number of vaccines, despite being the only G7 nation to have ordered doses through the internationally funded COVAX initiative – doses it may not even need.

In this pandemic and otherwise, Canada has and continues to rely on the benevolence and charity of countries such as India, not only for exports of vaccines but also future health care professionals like myself. By also supporting India’s TRIPS patent waiver proposal, Canada could demonstrate that its time of selfishness is over.

Re Alberta Is Canada’s Other ‘Distinct Society’ (April 28): Alberta has just reintroduced a level of restrictions not seen since the start of the pandemic. It is ironic to me that people who would complain the most about these measures are also, almost certainly, disproportionally responsible for the behaviours that made them necessary.

Re Former Supreme Court Justice To Review Military Misconduct (April 30): When a complaint of sexual harassment or assault is made and the complainant demands confidentiality, it must be respected. Thus I believe rightly that Defence Minister Harjit Sajjan should not and did not look at the details of this complaint. Of course, in the absence of evidence, it becomes hard to formally address the complaint.

It seems odd to expect that much could be done here without injustice on either side of the situation. Perhaps one could focus on the need to move forward in addressing sexual harassment and assault in the military, and seek a mechanism where victims feel supported rather than at risk.

I would love to read creative suggestions as opposed to repetitious mentions of “embarrassing decisions” in a situation where a clear way forward could not be found without compromising confidentiality.

I look forward to Louise Arbour’s review and hope for changes within the military.

It was about 25 years ago when the public company I worked at had training sessions and, by mandated statutes, set up processes and procedures for sexual harassment complaints. How come government institutions and agencies fail to meet these requirements?

Apologies do not cause change. Action should be required now, rather than another inquiry.

Re You Should Be Angry About Ottawa’s Failures To Address Sexual Assault In The Military (Opinion, May 1): The leadership and institutional problems in the Canadian Armed Forces didn’t happen overnight, nor did they happen without context. The Forces are recruited from a broad spectrum of society and, for better or worse, reflect the strengths and weaknesses of our larger society.

There are unique circumstances in military life that sometimes distort that reflection. These include such things as extended deployments, family separations, shared hardships and dangers, as well as an intensely hierarchical and disciplined structure.

What we see when we look at the Forces is who we are as a nation. How Canada solves these problems in our Forces will speak volumes about our character and our future.

Re The Killing Of Abraham Natanine Echoes A Grim Chapter In RCMP History (April 30): And no doubt quite a different chapter if there had been bystanders with smartphones.

Re Pushing Through Ottawa’s Child-care Plan (May 3): Rather than $10-a-day child care for everyone, we should increase the child benefit for preschoolers according to family income. That way, parents could choose to use the money for daycare, reduce work hours in order to stay home or hire a nanny.

Not everyone sees the value in a five-day-a-week dash out the door with toddlers in tow to daycare, nor should the government dictate how parents raise their kids.

Re Will Biden’s Position Reawaken Cold War-style Geopolitics? (April 30): Joe Biden should stay the course. Canada should support him and stop being weak in the face of regimes like China.

Sanctions work, as do tariffs that target essential components of authoritarian economies. Western democracies should increase on-shoring or near-shoring of manufacturing. A good place to start would be with technology and electronic products.

Bring manufacturing back to countries that follow democratic norms and rob these regimes of key export markets.

Re The High(er) Cost Of Old Age Security (Editorial, April 29): My wife and I are seniors. We worked hard and now live comfortably off earnings from savings, so the majority of our income is in dividends and capital gains. We give generously to charities. Our combined taxable income last year was more than $150,000 and our income tax bill was … zero!

I watch our grown children and their young families struggle to pay bills while getting taxed at high rates. Canadian seniors benefit from a generous social safety net and tax code biased in favour of non-working income. Politicians know that seniors vote.

I felt that Stephen Harper’s raising of the Old Age Security threshold to 67 was a courageous move, recommended by virtually all economists; Justin Trudeau seems to lust after a majority at the cost of Canada’s economic future, bribing seniors with our children’s money.

Is this thing on?

Re Funny Things Mom Says While Using Her Tablet (First Person, April 30): Many years ago, I’d pick up my daughter returning home from Kingston. Once I told her I’d borrow mom’s phone, so she could call me if the train was late. That usually meant 45 minutes of sitting and doing nothing.

She asked to see the phone. “DAAAD! You have to turn it on!”

May 3: ‘The enormous failure of governments to deal with systemic problems that made the pandemic deadly.’ How are they doing? Plus other letters to the editor
May 2, 2021 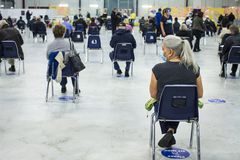 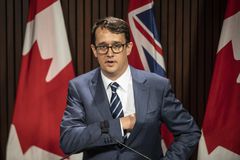 May 2: ‘I couldn’t care less about his bedside manner.’ Readers debate doctors, plus other letters to the editor
May 2, 2021 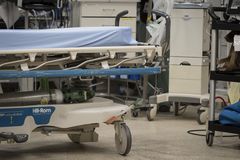