Contributed to The Globe and Mail
Includes correction
Published November 1, 2019 Updated November 20, 2019
Comments
Please log in to listen to this story. Also available in French and Mandarin. Log In Create Free Account

Re Between Two Provinces (Letters, Oct. 30): A letter writer believes that most Québécois see the re-emergence of religion in public life as a threat to hard-won secularism. If so, then Québécois seem misguided.

The main religious symbols targeted by Bill 21 are the veils of Muslim women. Unlike the Catholic Church, Muslim women are not proselytizing; they are merely following a religious custom that concerns only themselves. Unlike the Church in times past, they have little power over Quebec society.

I believe Bill 21 is more about targeting those who look and dress differently than the average Québécois. The fact that France has taken a similar position does not make it any less odious.

Re A Mont Blanc Glacier Goes On Death Watch (Oct. 31): I’m an amateur mountaineer who’s been climbing in the Mont Blanc area for more than 15 years. It’s one thing to see aerial photos of receding glaciers – it’s quite another to witness it personally.

When I climbed Mont Blanc in the summer of 2007, the summit was so brutally cold that we only spent two minutes there. This year, the temperature on the summit hit 7 C. Many of my planned climbs were impossible owing to the instability of the mountains; I saw glaciers with massive exposed crevasses and large slabs of rocks falling off because of melting permafrost. A guide who has lived in the area for more than 50 years told me he’s never seen anything like this.

On a personal level, I’m just heartbroken. My happy place is disappearing and may not be there to bring happiness to future generations.

While the material suffering that the death of glaciers will bring is obviously the most urgent concern, the loss of these majestic reminders of our own insignificance would be a bitter one for our spiritual selves.

Gazing up at Mont Blanc, the poet Percy Bysshe Shelley wrote how the “great Mountain” in its terrifying beauty, “still, snowy, and serene,” had the power to “repeal / large codes of fraud and woe.” Shelley used his sense of the sublime power of nature to fight fraud and woe in his own time, much as we need to fight fraud and woe in ours – lest future generations be left with a world so much less beautiful, so much more terrifying, than the one into which we were born.

Re The Liberals’ Challenge In The West (Editorial, Oct. 24): Many people have stressed the need for the West to find ways to improve their economies and develop means of exporting energy from the region. What I have not seen widely suggested as a solution: deep geothermal. This means of producing cheap, emissions-free, renewable electrical energy is used in many countries and it could offset any phase-out of the oil sands.

A pilot project is under way in Saskatchewan, partly supported by $25.6-million from Ottawa, to build the country’s first geothermal plant, which would produce 5 mW of power. Less-costly projects could be initiated in areas of higher thermal gradient in Alberta and eastern British Columbia.

This power could then be exported by high-voltage, direct-current power-lines (inexpensive and greener compared with oil and gas) and would ideally fit the concept of an energy corridor to Eastern Canada.

That’s what he said

Re IS Leader Dies In U.S. Raid On Syrian Compound, Trump Says (Oct. 28): Donald Trump is able to describe vividly that Abu Bakr al-Baghdadi died "running into a dead-end tunnel, whimpering and crying and screaming all the way.” This seems precise for someone who was not there, but at best had to rely on second-hand knowledge. And of course, the American hero was Mr. Trump, who authorized the attack.

It is ironic then that Mr. Trump believes the whistle-blower who revealed his conversation with the Ukrainian President could not be trusted because his knowledge was second-hand at best. And, of course, Barack Obama was not the hero who ordered the attack on Osama bin Laden, since it was U.S. Navy Seals who actually eliminated him.

Re A New Theory On Depression: It’s A Disease Caused By The Body’s Immune System (Oct. 21): Psychiatrist Diane McIntosh makes clear she believes the primary cause of depression is chronic stress.

Stress is a normal response to situational pressures, especially if they are perceived as threatening. What is threatening to us? Exposure to destructive interpersonal events and events in the world at large. An immune response does follow stress, but no amount of healing an immune system will help if stress continues.

If someone is vulnerable to depression, the adverse effects are exacerbated and precipitate a vicious feedback loop. The culprit then, I believe, is how we treat each other on scales both small and large.

For dinner the other night, I had fresh fish, vegetables, potatoes, whole-grain bread and fruit. As usual, dinner was eaten in the home I own. By the way, I happen to be white. Afterward, I read that a Report Finds Link Between Food Insecurity, Racism (Oct. 24) concluding that a black person in my exact circumstances would not necessarily have the same dinner, or any.

Perhaps we need to turn our focus away from programs that merely provide food in favour of policy shifts that focus on eliminating racism, in the hope that skin colour is not a major factor in whether one goes hungry.

Re REITs Outpace All Other Sectors For Financing (Report On Business, Oct. 22): I feel bad when I read about investments such as apartment-focused REITs, which have been "buoyed by high occupancy rates and strong rent increases whenever one tenant vacates and another moves in.”

Rent controls should be regulated federally and need to stay at the rate of inflation, regardless of who moves in or out. Are we proud of the fact that more and more full-time working Canadians are homeless because of unaffordable rents? Ethical investing is popular when it comes to the environment. How about society as a whole?

Re Lend An Ear (Letters, Oct. 31): The Toronto Public Library’s freedom-of-speech defence regarding Meghan Murphy’s controversial event reminds me of Facebook. Like the social network, the library seems to consider itself merely a platform, without regard to the toxicity that may be spewed from it.

Would the library allow an anti-vaxxer to speak at one of its branches? Or perhaps a Holocaust denier? O tempora o mores! 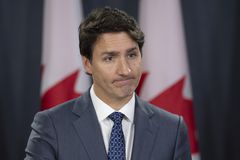 A Mont Blanc glacier goes on death watch as the Alps heat up
October 31, 2019 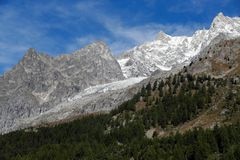 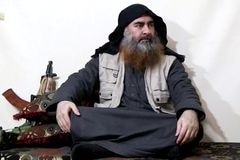