Re Do Province-wide Mask Mandates Work? (Nov. 13): In the United States, mask mandates are highly regionalized. A recent study from the University of Kansas found that counties in the state with mask mandates showed a 50-per-cent reduction in COVID-19 spread compared with those without mandates.

However one spins the study, that’s impressive. It should influence our provincial and national mask strategy.

However, the St. Laurent government had national standards, as a result of which we have the Trans-Canada Highway. The Pearson government insisted that the Canada and Quebec pension plans should enable Canadians to move from one province to another without financial penalties. Pierre Trudeau insisted on national standards rather than “a patchwork quilt” for medicare, thereby enabling Canadians to go from one province to another with a minimum of medical red tape.

Mr. Ibbitson’s column itself includes evidence that the management of GST funds by provinces and the end of transfer payments would create problems for New Brunswick. Historically, other provinces (Saskatchewan in the 1930s, Newfoundland for decades) have also found themselves in a similar situation.

I think Mr. Ibbitson is right: The status quo falls short of perfection. Yet beware of simplistic solutions.

I believe columnist John Ibbitson has the germ of a good idea. But it would be a mistake to go from one conflicted tax manager in Ottawa to another in the provinces.

Senior levels of government have spent decades downloading responsibility for everything from housing and transportation to welfare; they should follow through and give Canada’s cities the resources needed to deal with those issues.

In my experience as a retired university administrator, the real problem with federal transfer payments lies more within the scope of the provinces than with the federal government.

Anyone who works administratively in health care or education knows that annual transfer envelopes dedicated to various sectors are not sacrosanct by any means. Premiers redirect funds all the time depending on whim and which way political winds are blowing.

The answer to this problem is for dedicated federal transfer payments to end up in sectors for which they are intended.

Why? Because profit is somewhat down during the pandemic, and the U.S. company is offering a quick buck. From then on into eternity, profit from these casinos will flow south, even though the pandemic will not last forever.

Canadian mines, beer, petroleum, technology and so on have been sold out of the country. Yet we lament that our economy is too dependent on the U.S. and China. We should be ashamed. It is probably too late, but we should cease and desist in selling out our future for today.

Next for the U.S.

Re Work The System (Letters, Nov. 11): A letter-writer states that Donald Trump and his followers in Congress "want only to retain power.” I find this a most naive statement.

All political figures are after power and the money that accrues because of it. Joe Biden has never been in any other occupation for much of his life: U.S. taxpayers have funded his salary since 1973. On the other hand, Donald Trump’s family made their own money, and he donates his presidential salary to various causes.

So all politicians are after power; altruism loses appeal after a while.

Young minority voters in the United States came out in unprecedented levels due in large part to the grassroots efforts of the party’s progressive wing. Some exit polls had voters of all stripes supporting the policy most central to progressive Democrats: a government health care plan.

After the George Floyd killing, Democratic registration nearly doubled and progressives such as Rashida Tlaib and Ilhan Omar saw record turnouts in their districts. More centrist Democrats such as Abigail Spanberger and Jaime Harrison, who were both against initiatives to defund the police, stagnated or lost votes.

I find Ms. Spanberger’s arguments are without merit, though that doesn’t matter much in the U.S. media landscape. It will likely always be an uphill battle for progressive Democrats.

Re Pandemic Parenting Means Helping Adult Kids Financially (Report on Business, Nov. 12): I think these parents are doing their children no favours. Once their education is finished, that should be it! They are officially off the payroll.

Since most young adults don’t know what they want to do, the gig economy seems a perfect way to get exposure to a variety of industries. In the meanwhile, they can share an apartment with friends, and learn independence without an allowance.

I call on corporations and government to look at changes to the gig economy. Is there no sense of community responsibility to provide decent, secure employment with sick days, vacation, employment insurance, pension deductions and other benefits?

As parents, we are saddened that the future for our adult children is not as bright as ours was at the same age.

We can still carry on

Re Decades After The War, Vera Lynn Brought Me To Tears (First Person, Nov. 12): Having experienced nighttime air raids over Cairo, prior to the British Eighth Army’s victory not far away at El Alamein, my schoolboy friends and I followed news of the air war and could identify Allied and German planes by their silhouettes.

I had heard Dame Vera Lynn’s songs on the local BBC station. I was delighted to hear my favourite song Coming In on a Wing and a Prayer played at my request for my birthday in 1944 or 1945, because it was more meaningful to me at the time.

Yes, Dame Vera’s voice was a magic tonic during the war’s bleakest moments.

Nov. 13: ‘Will never again fly on a Canadian carrier.’ Readers debate airline bailouts and ticket refunds, plus other letters to the editor
November 13, 2020 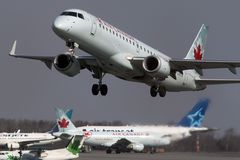 Nov. 12: ‘Is something missing that Trudeau might work on? Yes, I say: leadership.’ Readers debate Canada’s pandemic response, plus other letters to the editor
November 12, 2020 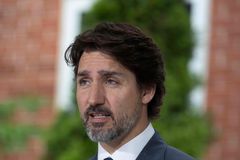 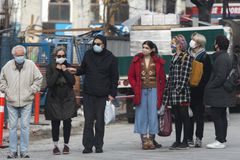