In a democracy, people with terrible views should not be censored. We not only have freedom of speech in Canada – we also have the freedom for people to make complete fools of themselves, presenting ideas that reveal their utter ignorance. That’s how they can be corrected.

Shoved in the dark, bad ideas can go unchallenged, spread underground and be adopted by the impressionable.

I think columnist Robyn Urback hit the nail on the head. Unless someone is calling for radical, criminal ideas, why shouldn’t they be allowed to speak? You can listen, or listen and deny – or not listen at all.

Re B.C. Mother Takes School District To Court Over Indigenous Smudging Ritual (Nov. 14): Perhaps the B.C. mother seeking a court order to ban Indigenous cultural practices from her children’s school could assist reconciliation efforts. She could learn about the history of the Canadian government banning Indigenous cultural practices entirely in the 20th century, so that she may better understand what true infringement on religious freedom could look like.

I wish her children a speedy recovery from their experience. But I believe that we settler Canadians have a lot to learn from our Indigenous fellow citizens about resilience in the face of trauma, and how to do so with courage, dignity and strength.

Was anyone involved in this controversy concerned about the children’s health? All smoke produced from biomass combustion is dangerous, exposing those nearby to fine particulate matter and other toxins that could trigger a medical emergency in a child with asthma or allergies. This truth is a constant, whether the smoke comes from burning tobacco, firewood, brush, fallen leaves, sage or other herbs.

Re Canadians Are Being Driven To Distraction (Folio, Nov. 9): Was the driver who struck and killed my wife (who had the right of way at the crosswalk) a distracted driver? Or the woman in the fast-food restaurant parking lot that got in her car, put it in gear and drove over my son and broke his arm?

What is the definition of distracted driving and how do you differentiate it from dangerous driving? My family is running out of examples.

Re It’s Time To Diversify Canadian Trade (Report on Business, Nov. 14): According to the World Economic Forum’s competitiveness index, Canada has dropped out of the top 10 to 14th, partly weighed down by transportation infrastructure that ranks 32nd. Does this mean that, no matter how much our governments slash taxes and red tape, Canada’s economic growth is throttled by our pathetic ability to move energy, goods and people efficiently?

Andrew Scheer was perhaps on to something when he touted a national energy corridor, but he could have added far more credibility by including transportation. A Canadian version of China’s Belt and Road initiative could remove many of our competitive impediments while mollifying provincial premiers seeking a better deal within Confederation.

Such a Canadian project would need federal leadership and provincial co-operation – instead of bickering over the symptoms of dysfunctional policy.

Re Realities In Alberta Show Why There’s Anger (Nov. 11): The forecasters at the International Energy Agency are confident energy demand, including oil and gas, will increase 25 per cent by 2040 under any scenario. That confidence stands in stark contrast with the scenario many of the world’s scientists insist is looming by 2030 or shortly after: the irreversible damage of climate change.

Re When CEOs Keep Their Distance (Report on Business, Nov. 9): With Encana having decided it must leave its homeland and other companies likely to follow, I must say I am so proud to be Canadian.

My heart soars and my ears reverberate with the applause we must be receiving from the rest of the world: to be willing to sacrifice the economic well-being of our country. To be willing to see our children and grandchildren go bravely into a dark future, with their hopes for prosperity greatly diminished, all to prevent less than 2 per cent of world greenhouse gas emissions from rising.

I feel sure the world welcomes our Canadian willingness to pay a personal price for the benefit of every earthly denizen. I know everything we give up to achieve this feeling of goodness will be worth it 10 times over.

Re Should You Stay Or Should You Go? (Pursuits, Nov. 9): Just because we want to travel and can afford to do so, doesn’t mean it’s okay. When did Canadians become so entitled? Greenhouse gas emissions are cumulative: Every bit counts, no matter how worthy our intentions.

A recent graphic illustrates that commercial airplane travel generates nearly six times as much carbon for each passenger kilometre as an average car. However, without occupancy statistics, I believe the comparison to be unequal.

My review of data provided by Air Canada and WestJet, as published by Statistics Canada, shows the two airlines had a combined average occupancy rate of 83 per cent on all serviced routes in 2015, the most recent year available. By my calculations, that equates to a fuel consumption rate of approximately 3.9 L/100 km for each passenger. By contrast, Statscan finds the average vehicle occupancy per trip in Canada is approximately 1.6 persons. For an average mid-size car, that equates to approximately 4.7 L/100 km for each person.

In summary, when occupancy rates are factored, I believe commercial air travel can be up to 20 per cent more efficient than driving long distances. Vilify the distance travelled, not the technological marvel.

Re An Ancient Diet With Modern Appeal (Nov. 11): Dietitian Leslie Beck writes that the Nordic diet often consists of bread, cabbage, potatoes and fish. That’s what most Britons ate during the Second World War. All of the above – the only food that was not rationed!

Distracted driving is as dangerous a crisis today as impaired driving was decades ago. What are Canadians doing about it?
November 11, 2019 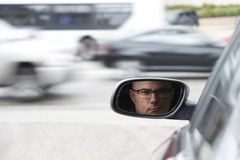 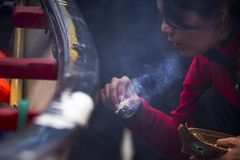