Re Large Pile Of Cash Awaits Corporate Canada When Spending Climate Returns (Report on Business, Nov. 23): A disturbing revelation: As small businesses and a vast segment of corporate employees struggle to make ends meet, they are still forced to compete with those same corporations for government relief – all while these companies sit on “the largest cash accumulation in recorded history.”

It would seem that Corporate Canada’s strategic planning and risk assessment has been to shift such exposure to governments and onto the backs of employees, while shielding executives and shareholders.

Re Net-zero Plan, Light On The Accountability (Editorial, Nov. 20): Justin Trudeau seems to be missing the one ingredient essential for any Canadian climate policy: the provinces.

Firstly, as shown by responses to COVID-19, it will inevitably be provinces delivering the bulk of emission-reduction measures. Secondly, rising emissions in some provinces are overwhelming reductions elsewhere, something that can only be addressed by federal-provincial agreement.

The concept of five-year targets is a good one. They will likely only be effective, however, if provinces, territories and Indigenous leaders have been fully involved in setting them, and have reached agreement on how total reduction targets will be allocated among sources and governments.

It’s as though government believes that a more ambitious net-zero objective is an indication that progress has been achieved in meeting 2015 Paris climate targets.

What has been Canada’s progress? Only occasionally do we get reports, and then they are often 18 months old. I am willing to do my part, but if the results of our efforts are not disclosed on a timely basis, we are not effectively motivated.

For example, how active would I be in observing COVID-19 measures if there were no meaningful and current measures of success or failure? Could government climate scientists not publish a progress yardstick more regularly? Otherwise, it is just talk.

Re Assisted-dying Legislation Threatens Equality (Nov. 18): As a perfectly healthy 95-year-old, but no doubt a potential candidate for medical assistance in dying, I have a problem with contributor Catherine Frazee’s entreaty for far wider MAID legislation than proposed in Bill C-7.

Bill C-7 offers only one part of a solution: allowing those with terminal illnesses to be assisted in ending their intolerable lives. But while one-size-fits-all legislation solves the equality concerns of Prof. Frazee, it would open the door to opponents: those with religious or ethical concerns, or even those concerned that Aunt Emmy will be polished off for her wealth.

Such legislation would have little chance of passing without tortuous delays and amendments, if at all; that’s what we’ve learned, to answer Ms. Frazee’s concerns. I suggest Bill C-7 is just a first step. Then we should move on to further bills on equality, with each one passing or failing on its own merits in the public opinion. Equality still prevails.

I do not believe Bill C-7 undermines the equality of disabled people. What it does is acknowledge what Jean Truchon once said during his legal battle for medical assistance in dying: “You don’t have to be at the end of life to feel intolerable pain.”

I also do not believe Bill C-7 offers “death on demand.” There are stringent conditions under which MAID would be approved for those whose deaths are not reasonably foreseeable. Simply put, Bill C-7 offers choice to people who may regard their medical suffering as intolerable, and are as capable as anyone of deciding whether to avail themselves of such options.

Re Mum Chose MAID, But I’m Having A Hard Time Letting Her Go (Online, Nov. 1) and How To Let Go (First Person, Nov. 2): Imagine my dismay at submitting a personal essay and having it headlined, twice, in ways that I felt misrepresented the gist of my story, creating a distorted prefacing lens for readers.

Given today’s digital legacy, I feel it is important to clarify: I did fully understand and support my mother’s decision to apply for medical assistance in dying, contrary to the secondary print headline. I did not have “a hard time letting her go.” She lived a long, healthy life and I accepted her end was near.

However, I was perplexed by the haste of approval and execution of MAID, and disturbed by the macabre, insensitive Halloween sickbay setting.

As a psychotherapist, I would also not presume to tell others “how to let go.” I shared my personal experience to convey that the health care system may be at risk of becoming anaesthetized to the emotional suffering of those bearing witness and left behind.

Re Remembering Don Mazankowski: A Deputy Prime Minister With Uncommon Leadership, Patience And Skill (Online, Oct. 28): I was much saddened by the death of the Right Honourable Don Mazankowski.

Maz was instrumental in completely transforming the aviation landscape in Canada. Our fruitful co-operation began in 1984 with the election of Brian Mulroney, who wisely named him minister of transport and, subsequently, deputy prime minister and government house leader.

At the start of the decade, Canadian airlines were being badly buffeted by deregulation taking place in the United States. We both worked closely on adapting deregulation to air transport in Canada, efforts that resulted in the Canadian Deregulation Act, also known as the “Freedom to Move Act.”

Maz was convinced that given the deregulation developments south of our border, Air Canada needed to be given the flexibility to renew its outdated fleet and update its network, so as to be able to operate successfully in an increasingly competitive market, without depleting the reserves of the Canadian government. In other words, it needed first to become privatizable – and then privatized.

With a lot of hard work and sacrifice all-round – and given strong support from Maz, the prime minister and Air Canada employees – our national airline became fully privatized in 1989 and is today one of the world’s leading international airlines.

Maz contributed enormously to the welfare of his native Alberta and the development of our great country. Often referred to as the “Minister of Everything,” he strongly believed in, and devoted himself tirelessly to, integrating Western Canada with the rest of Canada.

He will be sorely missed. 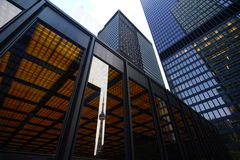 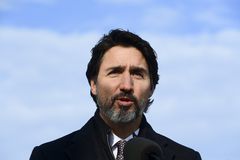 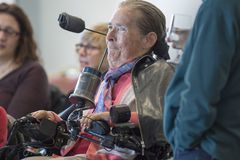