Re Quebec Rations Propane Ahead Of Looming Shortage As CN Rail Strike Drags On (Nov. 22): It’s ironic that Quebec, so opposed to an Eastern pipeline, now faces propane shortages owing to the CN Rail strike. If a pipeline were in place, the province would not be in this situation.

Pipelines should not be seen as evil. They offer a secure supply source with minimal greenhouse gas emissions, far better than shipping by rail or truck.

It seems as though karma is now taking place in Quebec.

Re Top Of The Agenda: Selling Both National Unity And Environment (Nov. 21): Many residents of Western Canada feel disadvantaged relative to Quebec. Any alienation might more properly be considered frustration or, as Quebec may see it, envy.

Ottawa will likely have little success in the West until Quebec is brought into line with the rest of the federation. Chrystia Freeland seemed to be no peacemaker in her international portfolio. The national challenge is, if anything, even more formidable.

Don’t like Albertan oil? Don’t be a hypocrite. Throw away our cars, cellphones, clothing and anything else made in part from petroleum-based goods.

Imagine what extras in Canadians’ lives could be attained by selling Alberta’s oil at better prices on the world market: Better health care and education, lower debt for our children and grandchildren – and a realistic plan to transition to other energy sources. The possibilities are endless.

Taking our talents to…

Re Climate Talk (Letters, Nov. 21): A letter writer hits the nail on the head over the absurdity of per capita measures of greenhouse gas (GHG) emissions, but perhaps not for the reasons he notes. Rather, I believe it is the futility of any action we take as a sparsely populated industrial country that contributes less than 2 per cent of world GHG totals – even completely eradicating our emissions would be meaningless.

It would be more meaningful if Canada applied its engineering talent to helping the world adapt to the challenges of widespread warming, and helping to develop the industrial-scale decarbonization of the atmosphere that seems to be the only real solution.

Re Vancouver Needs Action, Not Planning (Editorial, Nov. 22): One obvious idea: Vancouver is growing faster than it can adjust to meet and service the ever-increasing population. A controlled slowdown would allow city infrastructure and planning to catch up to demand – and catch its breath.

Re Drug Maker Urges Patients To Speak Out On Cheaper Medications (Nov. 22): Janssen Inc. says that requiring stable patients to switch from Remicade to a biosimilar for no medical reason is of great concern. I would argue that he who pays the piper is entitled to call the tune, and provinces owe it to taxpayers to get the best bang for their buck on health-care spending.

If a patient wishes to stay on Janssen’s biologic, they should be allowed to do so, but they should have to pay for it themselves. Some may call that two-tier health care. I call it common sense.

Re Deaths By Car Can’t Be Less Important Than Where Drivers Want To Go (Nov. 21): I am a hearing-impaired pedestrian living in downtown Toronto. Since I cannot hear traffic noises, I use my eyes to connect with cars on the road. And now that I walk with my six-year-old daughter, we have refined our practice for defensive walking.

Walk on the sidewalk against traffic to observe oncoming vehicles. Never enter an intersection before all vehicles have stopped. Establish and maintain eye contact while crossing the street. Wave through drivers who appear hurried or distracted. Stay on the inside of the sidewalk and away from the curb. Know your blind spots. Give yourself lots of time to reach your destination. I imagine a visually impaired person would have auditory cues to contribute to this routine.

Regardless of law enforcement and infrastructure, a pedestrian of any ability must never forget they are the most vulnerable person on the street.

Re Distracted Driving Kills. Why Do We Do It? (Nov. 18): One response to distracted driving would be to redesign the roads. In Toronto’s north end, for example, Yonge Street can feel similar to a dangerous highway. From 2010 to 2017, 78 pedestrians were hit by vehicles there; eight died or suffered major injury.

Expanded sidewalks, physically separated bike lanes, additional traffic lights and lower speed limits would make this thoroughfare safer for everyone. We may not be able to end bad driving, but we can make it less deadly.

Not that many years ago, it was unusual for there to be an accident. Now, it’s a daily expectation. But it’s not only distracted driving that kills. A bigger problem is that drivers don’t follow the rules of the road.

Keeping distance from a car in front means getting cut off. Passing on the left and moving back to the middle is practically unknown. Using the right lane if you are slow – not any more. That, apparently, is another passing lane. And if someone doesn’t like another driver’s speed, well, just pull up and hang on their tail.

Meanwhile, there’s no patrolling of these behaviours; it would cost too much. We should have road cameras with consequential fines, point reductions and impoundment for repeat offenders – of the car, that is, and, better still, its driver.

Man in the mirror

Re My Husband, Woof (Letters, Nov. 20): I think columnist David Eddie misses the point. The recently retired husband in question seems depressed and his lack of care in his appearance is being treated as a bit of a joke. Suggesting communication methods similar to dog training feels hurtful.

Retirement years are not golden to everyone. He seems to have lost his reason to get up in the morning. Some more care and compassion by his partner, as he works his way through this change in life, would go much further than, as one letter writer suggests, “some extra kibble and water.”

As a professor, I dressed in boots, jeans and a bulky sweater in winter; sandals, shorts, and T-shirt in summer. Once, when I went into my building, some construction workers saw me approaching and said to me: “You’re late, we’re already working on the second floor.”

Nov. 22: ‘Chrystia Freeland’s record to date is not confidence-inspiring.’ Readers consider Canada’s new Deputy PM, plus other letters to the editor 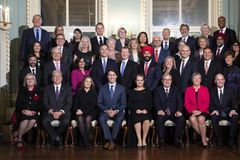 Nov. 21: ‘Whatever we think of Justin Trudeau’s new cabinet, it’s imperative to up our game.’ Plus other letters to the editor 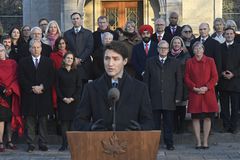 Nov. 20: ‘If Jason Kenney has nothing to hide, he should…’ What readers think of recent moves in Alberta, plus other letters to the editor 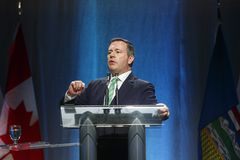