Contributed to The Globe and Mail
Published November 5, 2019 Updated November 4, 2019
Comments
Please log in to listen to this story. Also available in French and Mandarin. Log In Create Free Account

Re Encana’s Move To The U.S. Isn’t Trudeau’s Fault (Nov. 2): Columnist Gary Mason believes Alberta Premier Jason Kenney is “deliberately mischaracterizing" the decisions of oil and gas companies, and that it is “completely not true” that Justin Trudeau had anything to do with Encana’s move. But Mr. Kenney is not the only person to make this connection, as it has also been voiced by a respected businessman: Gwyn Morgan, founder, former president and chief executive of Encana.

Mr. Mason then concludes that Mr. Kenney is “so obsessed in his demonization of Mr. Trudeau that he actually creates sympathy for the Prime Minister instead.”

Mr. Mason’s column had a similar effect on me: His demonization of Mr. Kenney has caused me to feel sympathy for the Alberta Premier.

There is another way of looking at Encana’s exit: It happened only after Jason Kenney became Premier of Alberta.

Re More Money, More Problems (Letters, Oct. 31): The gap between Norway’s trillion-dollar, oil-funded nest egg and Alberta’s relatively bare cupboard is blamed, by some, on the federal government and equalization. That seems far from accurate.

Norway did something that Alberta refused to – that is, behave as if the money did not exist at all. Norway continued to increase sales and income taxes to run its government, and chose to invest its treasure outside the country and not in the petroleum sector. Alberta did the opposite by taking a tax holiday that persists to this day, and plowed a lot of that money back into the coffers of the oil industry.

However, that’s now history, and unchangeable. Enough with the naysaying: Ottawa and the other provinces should work with Alberta to get through this slump.

Re Memory Melt (Letters, Nov. 1): Two letter writers lamenting the melting of a glacier in the Alps – one for fear of losing a recreational opportunity, the other for reasons of spiritual angst – vividly delineates to me the climate debate in Canada.

Those most affected by carbon taxes and the loss of income from oil and gas can only dream of travelling to Europe, to enjoy idyllic mountain meadows or wax poetic about their beauty.

The reality for many Canadians whose livelihoods rely on oil and gas is frictional and scarring. While the government’s plan for greenhouse-gas reduction is lauded by the well-heeled, the legion of people most affected can barely eke out a living.

Re Why Alberta Should Privatize ATB Financial (Report On Business, Oct. 30): Columnist Rita Trichur believes that because ATB Financial does not make very much profit, it should be privatized. But maybe a publicly owned bank shouldn’t make any profit.

Maybe ATB should concentrate on providing better returns, loan rates and services to its customers, take on a little more risk to help small businesses thrive, invest in local community projects and generally be more socially responsible than the big banks.

By selling to one of the big banks, any profit ATB makes would go into shareholders’ pockets and CEO salaries. Better that any profit, small as it may be, go back into the public treasury. Come to think of it, maybe every province should have a public bank.

If you build it …

Re PCs Revive GTA West Highway Plans Amid Changing Transportation Future (Nov. 4): In Toronto and other major global centres, there’s a vast unmet need for increased mobility. If a newly built road fills immediately with traffic, it should be proof enough that the hunger for improved transportation is still inadequately addressed.

The concept of “induced demand” seems to be a logical absurdity and an abdication of responsibility on the part of transportation planners, engineers and politicians.

Re Power To The Informed (Letters, Nov. 2): While I wholeheartedly agree with a letter writer who believes that “most educated readers … need to rely on ethical news sources for detailed and credible information,” detailed and credible information should not include the endorsement of a political party. I believe it may be better for The Globe and Mail, as Public Editor Sylvia Stead suggests, to discontinue the practice.

Re Turn Back The Clock On Daylight Savings (Opinion, Nov. 2): Contributors writing on behalf of the Canadian Society for Chronobiology are opposed to biannual clock changes because they can lead to more car accidents, heart attacks and workplace injuries. Logically, might this also mean that those who occasionally stay up an hour past their bedtime, or sleep in for an hour, are prone to the same risks? And what about all that lethal longitudinal travel? Think what might happen after a trip to, say, Paris.

They then suggest making Standard Time permanent. This doesn’t seem so much an argument for ending Daylight Savings as for ending time zones altogether – or the creation of dozens, perhaps hundreds, of personal stay-at-home time zones, where we could dispense with clocks altogether and revert to simply making hay while the sun shines.

Should I seriously consider moving to eastern British Columbia from Vancouver, lest I expose myself to “significantly higher rates of obesity, diabetes and heart attacks?” Whether we are using Daylight Savings or Standard Time, the sun will always rise earlier in the eastern part of a time zone.

Experts on biological rhythms conclude that any switch to a single time should be to Standard Time. Yes! I want the Ontario government to stop stealing hundreds of hours a year of my morning light through Daylight Savings Time. People in B.C. should also reject that province’s bill to permanently adopt DST.

In 1997, former Globe columnist Robert Sheppard wrote that Saskatchewan disdained DST in the summer “to save its dairy cows from being milked at ungodly hours.” I may not be milking cows, but the current way-too-late DST changeover has me reading The Globe by (well, almost by) low-smoke candles. Choose Standard Time now.

Re Maximize Your Success As A Plant-powered Athlete With A Few Dietary Tweaks (Nov. 4): Over the years, we have taken a considerable amount of criticism for our vegetarian/vegan lifestyle. Now, as seniors who work out regularly, we adhere to a plant-based diet, as described by contributor Paul Landini, down to the smallest detail.

Indeed, the world is slowly changing to our point of view, because of health, climate change, animal rights – and taste. 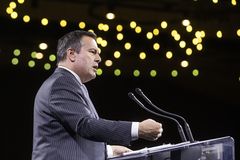 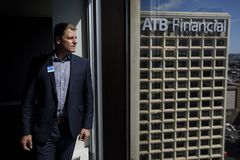 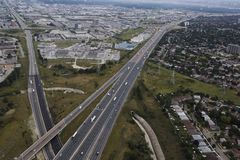