Re How Ottawa Can Reach Out To The West (Editorial, Nov. 7): Much as I agree that finding someone to speak for Alberta in the federal cabinet is important, I don’t believe it is the biggest problem Canada faces.

The United States has a president who seems to seek the destruction of every significant peacetime institution created since 1945. Add to that the deterioration of our relations with China, the rise of right-wing extremism in Europe, the rumblings of war in the Middle East and the aggressive actions by Russian President Vladimir Putin, it is clear that the greatest threats to Canada come from abroad.

We need the best person we have to deal with those threats. Chrystia Freeland should remain as our foreign minister.

The most beautiful equation

Re Impeachment Is The Ultimate American Condemnation (Nov. 6): Contributor David Shribman describes a poll showing 49 per cent favouring Donald Trump’s removal from office and 46 per cent against it. In 2016, the popular vote was 48.18 per cent for Hillary Clinton and 46.09 per cent for Mr. Trump. Nothing has changed.

Re French Immersion Creates Two-tier School System, Data Show (Nov. 7): I will forever remember taking a tour of the dual-stream public school in our new neighborhood. The principal proudly explained to me: “The French immersion children are like Gap kids and the English children are Walmart kids.”

It shouldn’t take a study to shine a light on this icky issue. French immersion in Ontario has long been referred to by many parents as a private school within the public system – my appalling example happened close to 20 years ago. It was ever thus.

As a high-school math teacher, I repeatedly had former French immersion students who had a poor foundation. Learning French and math simultaneously is tough, and most kids have difficulty.

My own boys were opted out of French immersion. The result was five years of larger classes, a higher ratio of boys to girls and a clear two-tier system within the school.

Then as a high-school principal, I created student-driven schedules: French classes dropped markedly between Grades 9 and 12; in one school we had no senior French at all. Grade 12 French used to be the marker for fluency. By that standard, French immersion seems to be a dismal failure.

It is wonderful for kids to learn a second language, but this program seems ineffective, expensive and divisive.

After almost 30 years as an educator in Ontario’s public school system, the conclusions outlined in this article confirm everything I came to understand about schools that offer French immersion. However, I have also found that there is a dismal standard of core French instruction in our schools.

Most elementary students in Ontario’s English-language schools sit in a French classroom for 40 minutes each day, a significant amount of time. Yet, in my experience, far too many students graduating from Grade 8 have little functional literacy in French. If the subject was math, this would be completely unacceptable.

Well-informed parents naturally want to ensure that there is successful learning in core French programs. Unfortunately, many of them see scant evidence.

There’s an interesting irony in the conclusion that French immersion creates a two-tier school system.

My son attended a French school, not French immersion. At least half of the students were from new Canadian, low-income families, and many were from French Africa and western Caribbean countries. According to the data in the article, these kids would likely not qualify for French immersion because of the higher academic standards. Yet, they are French-speaking.

Ontario should have more French-only schools if it truly wants to become a bilingual province. Immigrant and new Canadian families could then lead the way, instead of being left behind.

Do not pass go

Re Bondfield Audit Finds $80-million In Improper Supplier Payments (Nov. 7): Why should it come as any surprise that an audit revealed improper invoices were submitted for work that was never done on Toronto’s Union Station renovation project? Thousands of commuters who pass through the area every day can testify that there is no work being done on this never-ending boondoggle.

Re The Small Pleasures Of Adulting (Opinion, Nov. 2): Contributor Isabel B. Slone struck sympathetic vibrations in me – not as a millennial, but as a boomer.

I am a retired teacher and author of six books, so I have been used to being active and productive. These last six months of cancer treatments have necessitated a huge change in my personal expectations. Ms. Slone’s method of dealing with conditions beyond her control has worked for me too: watering the plants, cooking and reading good books, for example.

I do take issue with her label of such acts as mediocrity; small accomplishments give daily satisfaction and keep me buoyed through the rough patches.

Contributor Isabel B. Slone writes that adulting has become her “hobby.” Readers in the throes of adulthood, caring for children or elderly parents, in roles that demand nothing less than selflessness, may appreciate a less mediocre rumination on life’s meaning.

As a 28-year-old, I was bestowed with the same mentality as contributor Isabel B. Slone: that I can do whatever I set my mind to.

But this participation-ribbon mentality gives millennials a bad name. If one feels as equally rewarded by shopping for food as landing a dream job or buying a home, I’m going to think this person has never accomplished much in life of substance. It is extraordinarily satisfying to achieve goals years in the making – taking out my garbage will never come close. Life is hard, and nothing good should come easily.

Ms. Slone writes that climate change may end one’s mediocre life anyway. But that won’t change one fact: There would still be 50 years of dishes to do.

It figures. You try every which way to get your kids to make their beds, wash the dishes, take out the garbage or do a load of laundry. Then, when they’ve left the nest and your role as their personal servant is mostly over, they decide that these tasks are meaningful and give them a sense of accomplishment.

Well, I want them to know that extra meaning is always available at the old homestead. I won’t hold my breath. 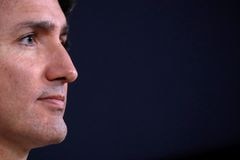 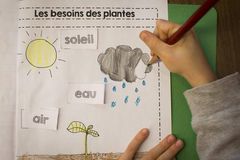 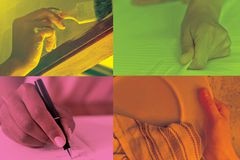