Re Will Justin Trudeau Apologize For His Father’s October Crisis ‘Sins’? (Oct. 1): I find the idea of Justin Trudeau apologizing for his father’s invocation of the War Measures Act to be appalling and wrong.

The first and paramount responsibility of a prime minister is to preserve the territorial and legal integrity of the country. During the October Crisis, the perceived threat of the Front de libération du Québec to Canada’s integrity was huge: a foreign diplomat and provincial cabinet minister kidnapped – the latter murdered. Mailboxes were detonated and dignitaries were pelted with rocks at a parade. Even if the threat posed by the FLQ did not turn out to be as great as it had appeared, decisive action had been called for.

As a young university student in Montreal, I was saddened by the sight of armed troops on the streets. But I knew they were necessary. A healthy democracy can withstand non-violent opposition and dissent: Witness the rise of the Parti Québécois and two referendums on separation. What it cannot survive is inaction and cowardice in the face of violence. I believe hindsight is 20/20, and Pierre Trudeau did his duty.

Re Why Is The Bloc Québécois Using The FLQ Incident As A Political Weapon? (Opinion, Oct. 3): Contrary to contributor D’Arcy Jenish’s opinion, I don’t think a federal apology for imposing the War Measures Act is a crazy idea.

Robert Stanfield, then-opposition leader, has said that voting for the act was an error he regretted the rest of his life. Tommy Douglas was a fierce critic of the act and Eric Kierans, then a member of the cabinet, acknowledged in retrospect that cabinet had not received information sufficient to justify the suspension of civil liberties.

It seems there was no apprehended insurrection. I believe Pierre Trudeau and his government were wrong.

Re Elusive Truth: The October Crisis’s Competing Narratives (Opinion, Oct. 3): Most of the ministers (now dead) involved in deciding whether to invoke the War Measures Act would probably welcome Simon Lewsen’s contribution. They considered some of the same points themselves.

The first section of the preamble to the October, 1970, Public Order Regulations made under the act reflects their state of mind: “Whereas it continues to be recognized in Canada that men and institutions remain free only when freedom is founded upon respect for moral and spiritual values and the rule of law.” As cabinet minutes and House of Commons debates show, they regretted that the only legal weapon at hand was the act.

Under great time pressures, they gave police and other authorities powers tailored to the emergency they apprehended – regulations they rescinded about a half-year later. They initiated processes leading to Parliament’s abolition of the act and its eventual enactment of the Emergencies Act.

These initiatives, and successful efforts later on to give Canada its Charter of Rights and Freedoms, demonstrate their commitment to freedom and the rule of law.

I had just graduated from Laval University, a 20-something engineer starting my career in Quebec when the War Measures Act was enacted. Although my recollections from those days remain vivid, it is what followed that I reflect upon more often.

In the decade afterward, the Canadian political landscape was defined by an epic struggle between two brilliant intellects: Pierre Trudeau and René Lévesque. They argued passionately for their causes. We don’t celebrate enough the outcome: that democratic institutions and the ballot box triumphed over mail bombs and soldiers in the streets. The Parti Québécois gained power, put the question to the people and the people spoke – twice – peacefully.

Would that our neighbours to the south could do as much.

From 1978 to 1979, I was a senior policy adviser for Charles Drury, who had been in the Trudeau cabinet during the October Crisis. In the course of a meeting I had in his Ottawa office, that topic somehow came up.

The discussion was brief, but it was clear that he thought of the response to the crisis as overreaction. I understood him to feel strongly about it. However, other matters were more immediate, and I did not ask him to elaborate on whether he was referring to the invocation of the War Measures Act itself, or only the egregious events that flowed from that. Nor did I, foolishly, record on paper what he said, not realizing his exact words would be of significant interest to future historians and the public.

His would have been a voice of caution in cabinet at the time, along with others who sided with Allan MacEachen, as contributor Simon Lewsen notes.

At the end, one single fact stands out: Since the War Measures Act was enacted, not a single Quebec movement or politician has espoused violence as a means to independence, nor even flirted with doing so. In effect, Pierre Trudeau said: You want to suspend reasoned political discourse? This is where it leads, folks.

Bless the man, I believe he saved the country. And I write this from Alberta.

God save the Queen?

Re Fealty Is Folly (Opinion, Oct. 3): I find that contributor Adnan Khan is not entirely wrong in questioning why Canada still has a monarch who does not live in Canada as our head of state. His argument seems to rely more on the putative expectations of new Canadians who come from distant parts of the old British Empire, whose experiences of colonialism are rather different than those of us whose ancestors left a rigid, class-ridden Britain in the 19th century.

Under the Constitution Act, it would be difficult for Canada to become a republic. My home province of Nova Scotia could be classed as sufficiently traditional that I doubt it would agree to dump the monarchy, at least in my lifetime.

The prospect of having has-been politicians or boutique appointees as president of Canada leaves a lot to be desired. Canada will likely become a republic at some point, but perhaps not just yet.

Surely many Canadians felt at least a twinge of envy and embarrassment on seeing the Prime Minister of Barbados explain so clearly and beautifully why they are finally renouncing the Queen. It could not be more logical nor sensible for a country like ours to do the same.

We do not depend on Britain for any practical part of our governance. We are a country of so many immigrants who swear allegiance to their new land, not to a foreign sovereign. I for one find it offensive to see, after every election, new ministers swear to serve the Queen, rather than the country and people who elected them.

I empathize deeply with immigrants who swallow their aversion to the monarchy in order to become Canadians. I went through a similar situation in taking on Spanish nationality many years ago. Not only did I find it hard to swear allegiance to the King of Spain, but I could see the young Catalan judge administering the oath was also having trouble getting through the process.

I wanted to reach out to her and say: “I don’t like this either. Let’s try to take it as a meaningless formality.” But I couldn’t, and it hurt.

As a Canadian of British ancestry, and a student of history, I have arrived at a similar conclusion to contributor Adnan Khan: “As the Queen’s reign comes to a close, it’s embarrassing to imagine Canada celebrating a successor." I would go further and ask: How much do the Governor-General and all the Lieutenant-Governors cost to maintain? This is an important question as we struggle with a huge deficit in times of COVID-19 expenses and relief programs.

We should, however, understand the heritage that the British Empire gave us, good and bad. Our laws and practices, grown from the British as contrasted by the American empire, which Mr. Khan notes as crumbling, have served us well.

We should start thinking about how to cut our ties with the British monarchy now, before the subject of fealty to Queen Elizabeth’s successor is thrust upon us.

Re The U.S. Vote Is A Mess. Can It Happen Here? (Editorial, Oct. 10): Sorry, Canada, but it appears as if Donald Trump is still on the loose. Like a high-school bully, detention may come by January.

Meanwhile, Americans know we will remain on a border timeout with Canadians until … who knows. I send Thanksgiving wishes to Canadians, and apologize for all the noise and fighting downstairs.

Opinion
Long may it reign: Forget about Harry and Meghan, the monarchy always comes first
January 9, 2020 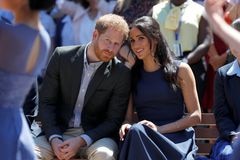 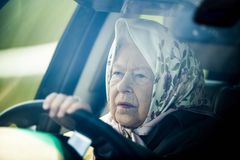 Globe editorial: Canada’s constitutional monarchy, our fluke work of genius
July 19, 2017
Follow us on Twitter @globedebate Opens in a new window
Report an error
Due to technical reasons, we have temporarily removed commenting from our articles. We hope to have this fixed soon. Thank you for your patience. If you are looking to give feedback on our new site, please send it along to feedback@globeandmail.com. If you want to write a letter to the editor, please forward to letters@globeandmail.com.
Comments