Re No More (Letters, Oct. 12): A letter-writer urges politicians and public servants to “act now against racism entrenched in institutions.” Yes, but how? Besides well-intentioned broad strokes, we should take specific actions that will make meaningful differences.

Jody Wilson-Raybould made this clear for me in a Globe and Mail contribution that targeted the reform of mandatory minimum penalties (We Cannot Be Patient In The Face Of Injustice – Opinion, June 20). Repealing MMPs and bringing back “judicial discretion in sentencing” are concrete actions that would reduce systemic racism and, frankly, put our money where our mouths are.

I was surprised and gratified that Karen Gosbee’s story of spousal abuse was on the front page of Report on Business (Karen Gosbee Opens Up About Abuse Amid Extreme Wealth In Tell-all Book – Oct. 10). I live in hope that more influential and financially secure individuals will realize spousal abuse is not limited to a particular social or economic group. And thanks to Ms. Gosbee for her bravery in sharing the horror.

Re Ottawa’s Pledge To Ban Some Single-use Plastics Will Hurt Alberta’s Recovery, Kenney Says (Oct. 10): Plastics, especially single-use items, are having a negative effect on the climate. We should have national standards on the composition of plastics so they can be recycled or reused, while some are eliminated entirely.

Ottawa’s announcement should be seen as a good thing for Alberta: Now the province can plan to expand the petrochemical sector in a meaningful way and perhaps become a world leader in that regard.

Re A Plastics Ban That Is Mostly Cosmetic (Editorial, Oct. 13): Plastic bags should be the last plastics to go, not the first.

Almost every single one gets reused, often many times over. No apartment building can do without them. They are essential for storing and carrying garbage of all sorts, especially the “green” kind.

When these plastic bags are no longer available, we will likely be forced to buy “reusable” plastic bags, resulting in inconvenience and zero reduction in their numbers.

It will take time and effort to wean ourselves off single-use plastics.

I delivered Meals on Wheels for many years in single-use containers. We spent a lot of time and money to get reusable containers, but they didn’t get returned! People kept them or threw them away. We had to go back to single-use.

What will we do without this stuff? Carry our own cutlery, shopping bags, reusable containers and refillable water bottles.

Remember Stephen Harper’s proposed tip line for “barbaric cultural practices?” I’ve got my own list, including plastic straws and the sale of bottled water in places where tap water is perfectly fine to drink.

Re Ottawa Was Told About Potential Problems At Public Health Agency (Oct. 13): Reporter Grant Robertson raises the issue of senior officials being appointed to positions without the background or knowledge of the activities of their new agency. I find it is merely the tip of an iceberg that is common across the federal government.

During my last period in the public service, I would attend a twice yearly meeting that brought together senior officials from Western Europe, Australia, the United States and Canada. It dealt in a subject that Canada had once been known to lead, with other countries looking to us for advice and guidance. In my last five years, I saw Canadian senior officials read from talking points provided by junior public servants, then be unable to engage in the subsequent dialogue because they had no depth of knowledge in the subject.

I believe this issue will not be easy to correct, given that so many officials at the top of the pyramid in Ottawa got there through this system.

Re Singh Calls For Tax On Excess Profits To Fund Pandemic Spending (Report on Business, Oct. 9): A professor of tax law believes a temporary tax would make “great sense," but I found no explanation of why. There are no shortage of economists who would assert the opposite.

Re Is There A Problem Spending Can’t Solve? Yes – Canada’s Unsustainable Deficit (Opinion, Oct. 10): As COVID-19 continues to ravage the country, raising income, business or sales taxes would only further pummel the already-damaged economy. Rather, government should consider Milton Friedman’s suggestion that the least damaging tax is one applied to the unimproved value of land.

A land-value tax would capture the unearned wealth that accrues to land – wealth that should belong to all and be best used to finance government programs.

Increasing the GST would increase the existing inequality of Canada’s tax system. We should start with eliminating the tax base of what Canadians produce for society, replacing it with a tax base of what they consume from society – a simple, graduated tax on the total spending of individuals.

Such a system would eliminate the thousands of pages of tax law and the costs thereof. Even business income tax could be replaced by a withholding tax on returns to investors, with the amount then deductible from individual consumption.

Deep and rational thinking should consider bases for taxation that serve social goals alongside the generation of government revenue.

Best I ever had

Re Nadal Can’t Escape Comparisons To Federer (Sports, Oct. 12): Although I admire Roger Federer and he may be the archetype of tennis, as columnist Cathal Kelly suggests, being a calm, quiet and hugely competent player is not my ideal.

It is the exuberant Rafael Nadal who is my hero and role model. When younger, he gracefully swept across the court, barely touching the ground. After a win, his face breaks into a huge grin of satisfaction. All this while being a gentleman on and off the court.

Thanks, but no thanks

Re Pandemic Perspective: Let’s Channel The Resilience Of History’s Survivors (Oct. 13): Yes, of course, we understand. Perspective is a powerful teacher. It will give us strength and hope. We will find a way to go on.

But in our case, this was the first Thanksgiving in 16 years that we were unable to spend with our daughter and her children. Perspective or not, that hit hard. It hurt. Sorry.

Opinion
When I was in cabinet I pushed for bold criminal justice reform. Nothing happened. Now Ottawa has another chance to do the right thing
June 21, 2020 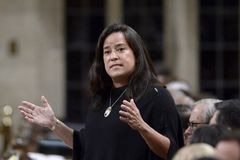 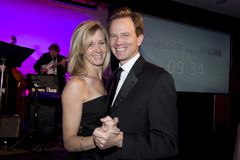