Re Physical-distancing Rules, High Demand For Flu Shot Create Logistical Nightmare (Oct. 14): Is nobody thinking that, if we have challenges delivering flu vaccinations, then the challenges of delivering a potential COVID-19 vaccine are being totally ignored?

My sister in Britain received her vaccination at a drive-up tent situated on an old airfield. This experiment in mass vaccination is a prototype for what we may need next year. Why have we no sign of similar efforts in Canadian mall parking lots?

Re Canada’s Gig Workers Need More Than Temporary Government Relief (Report on Business, Oct. 16): Rather than dole out billions during this pandemic, a more practical approach would be to use the money toward workplace safety, to protect existing jobs and ensure adequate tax revenues.

Redirecting relief benefits and rent subsidies toward protective measures and devices for offices, schools, stores and hotels would bring normality to life, business and revenues. Such a program would also help create more jobs, particularly in the areas of new installations and innovations in sanitation. And more jobs means more tax revenues, which are so important in maintaining today’s financial stability.

Re Options For Snowbirds With Sunbelt Properties Amid COVID-19 Uncertainty (Report on Business, Oct. 6): If government officials were asked whether they would deliberately jeopardize the health of thousands of seniors, the answer would undoubtedly be a resounding no. Yet I believe that is exactly what a closed Canada-U.S. land border will do this winter.

Every year, hundreds of thousands of seniors drive south to avoid Canadian winter. Unless rules concerning the border are changed, they will not be able to do so this year. Instead, they will face virtual lockdown and isolation – with all that implies for mental and physical health.

While there are many COVID-19 hot spots in the United States, there are many other locations where the virus is no more of a threat than in Canada. Surely a way can be found for seniors to make their own decisions whether to go south for the winter. The government already allows those who fly to make these decisions; why not extend that to road users?

Re Ontario Restricts Businesses In COVID-19 Hot Spots (Oct. 10): It is astounding to me that thousands of restaurants in Toronto (or any city) could be forced to close indoor dining, all because a few businesses flaunted the rules and allowed COVID-19 to spread.

A high percentage of restaurants have conscientiously stuck to protocols and had zero cases over many months. The indoor-dining restriction feels like an arbitrary ruling that shows a distressing lack of foresight and understanding.

We were led to believe that one of the primary goals was to open the economy and maximize employment as much as possible. Instead all restaurant dining rooms are closed, pushing most owners into or to the edge of bankruptcy and to lay off thousands of employees.

One might have thought that the authorities could have handled the situation more thoughtfully and closed only those restaurants that do not obey protocols.

Re Those With Mental-health Issues Being Chained, Confined In Places Around The World, Report Finds (Oct. 7): According to Human Rights Watch, one reason mental-health services do not comply with international human-rights standards is because of limited understanding and awareness of mental health. Shackling is a result of this and remains largely in the dark.

I was a social worker and substitute decision-maker for Dan, a man with Huntington’s disease who was hospitalized in a “modern” psychiatric facility. I was not able to prevent him from being shackled, both wrists and both legs tied to his bed for two-and-a-half years. He continually asked to “take the shackles off.”

After Dan was finally able to leave the psychiatric facility, his life ended in a chronic-care facility. He was chemically restrained and confined to a wheelchair 24 hours a day. The flawed picture painted by his medical chart resulted in the same dehumanizing treatment.

It has taken me the six years since Dan’s death to deal with the aftermath of witnessing his experience.

Re China And Russia Win Seats On UN Human-rights Council, Saudi Arabia Loses (Oct. 14): Outside some of its humanitarian and educational programs, how does the United Nations think to maintain its credibility when Russia, China and Cuba win positions on its premier human-rights body? (At least Saudi Arabia lost its bid.)

It is nice to know that Cuba, that paragon of human rights, supported the Prime Minister’s mission to secure a temporary seat for Canada on the Security Council – another UN body whose permanent membership also includes Russia and China, those two big human-rights champions.

Re Canada’s Cars Get A Dubious Gold Medal (Editorial, Oct. 9): So “electric cars are still relatively expensive.” No – they are many times more expensive than gasoline-powered cars, and I don’t think they work as well.

Here in Edmonton, drivers can buy a used car for about $4,000. It will be safety-inspected and insurable, and it can be driven straight north for 800 kilometres without any worry of not being able to fuel up along the way.

An electric car will cost at least $60,000 and be shipped from another city. There are few charging stations north of Edmonton; one would have to plan carefully around electric outlets on the route, and charging would add hours to a trip.

The current economics of electric cars are difficult to ignore.

Re The Outlook On Renting Vs. Buying A Home (Report on Business, Oct. 12): I believe contributor Frederick Vettese’s perspective is based on two flawed assumptions.

The first is that people are rational about saving money, and that money not spent on mortgage payments (a form of forced saving) would be invested rigorously in safe and profitable long-term investments.

The second is that there is a ready supply of rental housing, near schools and with backyards where one can raise a family. I have lived in suburban areas of several cities and have been aware of very few houses available for rent. Even then, I’ve found most availability is for short-term rentals while an owner is away.

Home ownership is one of the few ways that average people can accumulate significant tax-free equity.

Re Much Respected Canadian FIFA Soccer Referee Hangs Up Her Whistle (Sports, Oct. 16): A great role model for any young person, Carol Anne Chenard attained a lifetime of world-class academic, sports, officiating and leadership accomplishments, and faced down cancer. The community of Summerside, PEI, should be proud of their outstanding Canadian.

Now if only Ms. Chenard would consider a career in politics. 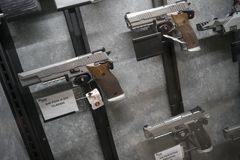 Opinion
Lucky Joe Biden. How many breaks can one guy get?
Subscriber content
October 16, 2020 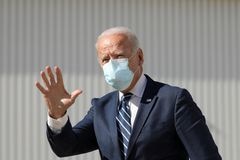 Opinion
Guy Paul Morin was innocent. DNA in the Christine Jessop case proves it, once and for all
October 16, 2020 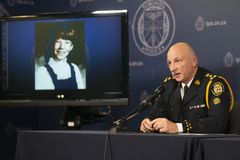