Re Chinese Company’s Bid For Arctic Mine To Get National Security Review (Report on Business, Oct. 16): The government should ban any Chinese takeovers of Canadian companies and resources, especially while Michael Spavor and Michael Kovrig are still jailed in China.

China is known to take hostages and constantly threatens Canada. How can we permit a country acting in such a manner to take any hold on our economy? The only security review should be a simple no.

Re China Warns Canada On Granting Asylum (Oct. 16): I am proud that Canada has accepted pro-democracy activists from Hong Kong and, hopefully, will continue to do so. Human rights and freedom of speech are tenets of our democracy. Defending and promoting them are crucial, not only to protect oppressed peoples around the world, but also to Canada’s diplomatic integrity.

If China thinks it can bully Canada, they would be wrong. There is too much at stake for democracies around the world right now.

Re Beijing Uses B.C. Schools To Push Agenda (Oct. 15): How long would a Canadian institution be allowed to operate in a Chinese school, instructing students about Canadian culture? Probably about as long as it would take for a Chinese official to confiscate materials and perhaps arrest the instructors.

Why does Canada allow a foreign intrusion such as the Confucius Institute in our schools?

Re Fire Destroys Lobster Pound In Nova Scotia Amid Fishery Tensions (Online, Oct. 17): In Nova Scotia, we have just witnessed the police mostly watching as 200 people vandalized a First Nations lobster pound (since burned down). I find this fits into a continuing, decades-old pattern: Namely the failure of police forces to protect Indigenous people and people of colour, which is paralleled by the abuse of power toward them – both meet the definition of systemic racism.

In the past three months, there have been numerous demonstrations against systemic racism. Politicians know what should be done. We need massive public pressure on all levels of government to end these problems in our police.

Since November, 2015, I have had a quote from Justin Trudeau on my desk: “No relationship is more important to me and to Canada than the one with Indigenous peoples. It is time for a renewed, nation-to-nation relationship with Indigenous peoples, based on recognition of rights, respect, co-operation and partnership.” Yet in Nova Scotia, the gear and rights of Mi’kmaq fishermen are being trashed by others.

Leaders have a duty to de-escalate conflict and not disappear in times of national crisis. Indigenous Services Minister Marc Miller merely urging the police to keep the peace falls vastly short of issuing an actual order. It is not too late for the Prime Minister to honour his own words of five years ago, and to demand safety for the Mi’kmaq.

Re Representation Matters (Letters, Oct. 16): A letter-writer criticizes proportional representation for enabling extreme-right political parties. Debate about the electoral process aside, the more frightening fact is that there are a growing number of eager voters who support these hate-mongering parties.

This truth may be hidden by the first-past-the-post system, but it is shockingly clear that those people are among us.

Re The Liberals Are Just Itching To Get On With It (Oct. 16): It seems the Conservatives have nothing better to contribute during this highly stressful pandemic than to raise further investigations into the so-called WE Charity scandal.

Justin Trudeau, his wife and other Liberals accepted valid criticism and apologized for selecting WE to administer the student program. Bill Morneau resigned. And WE, created to assist less-fortunate children around the world, is significantly weakened.

I believe it’s time to move on to more important issues facing Canadians and the economy at this time.

I don’t see it

Re The Row At Montreal Museum Of Fine Arts Exposes Governance Rot (Oct. 15): As a citizen of Montreal and long-standing member of the Montreal Museum of Fine Arts, I am tired of hearing how “successful” former director Nathalie Bondil’s tenure was.

Yes, she increased traffic (as did nearly every museum across the country, according to the Government of Canada Survey of Heritage Institutions) and doubled its square-footage. But take a look at the new galleries: I cannot see most of the paintings due to low light or glare; I cannot walk around most of the sculptures because they are in narrow rows or plunked in a corner.

Significant works, such as Hans Holbein’s portrait of Erasmus, are hung in distant galleries with no explanation of their context in art history. Important collections of prints and photographs are displayed occasionally in basement rooms. I find the galleries are arranged haphazardly, not flowing into each other, with no real sense of purpose.

As a curatorial experience, Ms. Bondil’s contributions to the museum feel like an abject failure.

I recently wrote a letter (High Hopes, Sept. 29) declaring that Amy Coney Barrett should be given our reluctant acceptance because, although arch-conservative in her views, her history, experience and education made her a legitimate candidate to be a U.S. Supreme Court justice. She would, I believed, rise above the fray and act in an ethical and fair manner.

However, her recent opinions skirt any decent condemnation of a possible violent reaction to a Donald Trump election loss. Along with her anti-LGBTQ language, I am appalled at her bias, and my own naive belief in her possible sense of proper justice.

Re When Election Manipulation Was Canadian (Editorial, Oct. 15): When I compare our elections to the United States, I can’t help but yawn.

Upon the surprise announcement of a B.C. election, here “in our land of peace, order and boringly competent elections,” we ordered our mail-in ballots from a boringly clear, easy and stable website. Boringly, we received the ballots within a week. After listening to a boringly civilized and informative debate, we brought our ballots to our boringly friendly local post office. We don’t expect to learn the election outcome on voting day, but are confident that the results will be boringly accurate.

Oct. 18: ‘Led to believe that one of the primary goals was to open the economy and maximize employment.’ Readers react to renewed lockdowns amid COVID-19′s second wave, plus other letters to the editor
October 18, 2020

Oct. 17: ‘Do we really need financial aid from China to teach students Mandarin?’ Readers react as Beijing used influence over B.C. schools to push its agenda, plus other letters to the editor
October 17, 2020 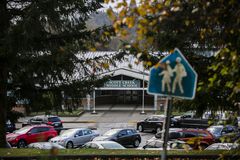 Oct. 16: ‘This is how it should work. I cannot say enough positive things about public-health officials.’ Readers debate testing and contact tracing in Canada, plus other letters to the editor
October 16, 2020 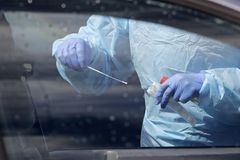