I spoiled my ballot. I tried about 20 times to reconsider how I was going to vote, but I couldn’t bring myself to make a choice. I do wish the number of spoiled ballots in an election were reported prominently, so that we could see, riding by riding, just how many outraged voters there may be out there.

Re Young People Aren’t Politically Apathetic – We’re Disillusioned (Opinion, Oct. 19): By not voting, young people are sending the message that they don’t care about politics. At the same time, the lack of leaders’ visits to Alberta this election campaign has shown that politicians often do not focus their efforts in areas they believe to be fruitless, and that seems to include the youth vote. It is a vicious cycle.

However, as a 17-year-old who deeply wishes she could have participated in this election, I cannot stress enough: If you didn’t vote, then you cannot complain about not being heard.

Re Canada’s Best Prime Minister? He Was A Loser (Opinion, Oct. 19): I nearly choked on my oatmeal when I read contributor Greg Donaghy’s assertion that Mackenzie King was the best prime minister.

It should be noted that Canada has only just recently apologized to the Jewish community for Mr. King’s 1939 decision to turn away a ship carrying more than 900 Jewish refugees escaping the Holocaust. They subsequently returned to Europe, where many died.

We should pick a different “loser” to win the accolade of best prime minister.

Re Ex-Dragon Cranks Up Heat On Oil Sands’ Critics (Report On Business, Oct. 18): If Albertans should read the economic and environmental signs and decide to transition to cleaner industries, they would not be alone.

Does no one remember when the federal government put Ontario tobacco farmers out of business, destroying a major regional industry for health reasons, while simultaneously helping the affected farmers transition to growing new crops? Or when the East Coast cod fishery was closed down, putting many in the region on the dole, to save the stocks? My own province of Quebec bled heavy industries and head offices for years, but eventually created new, mostly digital, industries.

On the other side, Alberta would surely find the rest of the country willing to help. The province may even decide to enact a sales tax to help itself.

Re What About It? (Letters, Oct. 19): Critics looking at Alberta from the outside would suggest that a simple economic solution would be for the province to bring in a sales tax. More taxes should not be the answer.

These critics should really look into what Alberta is doing to reduce greenhouse gas emissions, produce renewable energy and continue to be a strong environmental steward. There should be an understanding that the economic benefits generated by responsible resource development in the province can speed up the transition to renewable energy sources.

Re Garneau’s Record (Letters, Oct. 21): A letter writer believes Marc Garneau’s delay in acting on the Boeing 737 Max jet was prudent because the Ethiopian Airlines accident didn’t happen here, the plane wasn’t built here and the crash didn’t involve a Canadian airline. However, the most important consideration should have been the fact that 737 Max planes were being used by Air Canada and WestJet to fly Canadians, whose lives were therefore at risk.

In light of those circumstances, I believe the decision to delay the jet’s grounding in Canada could hardly be regarded as “prudent.”

Re Europe Should Support A Lawful, Democratic Brexit (Oct. 21): While it would be naive to believe that the negotiations to achieve a Brexit deal could ever be easy, I am staggered at the nature of the opposition to the actions of both Theresa May and Boris Johnson in British Parliament.

Achieving a deal was bound to be a contentious process, but the clear fact is that Britain voted to leave the European Union in a referendum more than three years ago. The clear responsibility of all members of parliament should have been to actively engage in the process of bringing this about, irrespective of political loyalties.

I believe those who oppose the process now are displaying an abject disrespect for the results of the referendum, and are engaging in anti-democratic behaviour.

My wife and I were amused by contributor Timothy Garton Ash arguing that, in the event of a successful Brexit, certain nationalist populist leaders will want the same for their European Union countries, saying "in those immortal words from the movie When Harry Met Sally, ‘I’ll have what she’s having.’ ” Those words were spoken by a restaurant diner to her waiter, in response to watching Sally eating her food with extravagantly animated delight.

But remember that Sally was in fact describing to Harry, in excruciating detail, how she fakes her orgasms. Perhaps Mr. Garton Ash was implying that the only successful Brexit would be faked by the politicians.

Re Ottawa Studies Looser Ad Rules For Vaping Products (Oct. 18): It is astounding to me that Health Canada looks to be playing into the hands of the tobacco industry.

Rather than entertaining the industry’s claims that people looking to quit smoking can be aided by another of its offerings, vaping – which in turn likely leads to increased risk of oral and oropharyngeal cancer – Health Canada should be looking for ways to limit access to all nicotine products. That should include a ban on e-cigarettes, flavoured or otherwise.

Re Cannabis Edibles Are Legal Now. Here’s What You Need To Know (Online, Oct. 17): So-called harm reductionists in the public-health field were quick to tout vaping as an alternative to smoking to satisfy nicotine addiction. One assumes the same group will now promote THC-laced brownies rather than a joint?

Having now opened this door, let’s hope the potential adverse health impact of cannabis in an edible form is better understood than the impact of e-cigarettes.

A round of applause

Regardless of the election result, I think it is appropriate for the electorate to offer its sincere gratitude to those individuals who stood for election, as well as all those who volunteered to support them and their campaigns.

Democracy needs these dedicated people, and with such a diverse political spectrum to consider, we are a better and stronger, democratic and free country.

Yes, more decorum among political candidates would be better. But over all, we got to vote because they provided the choices. 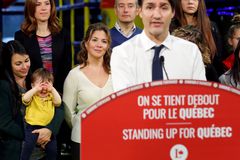 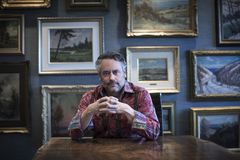 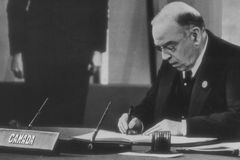