Re The Snap-election Cliffhangers Are Just Getting Started (Oct. 22): In this continuing game of election chicken, the NDP has bowed once again.

I would ask Jagmeet Singh to insist on seeing the redacted parts of the report on the WE Charity debacle. At least then he would know what he is supporting.

Canadians should have an honest look at what is there, and why the Liberals have gone to unprecedented lengths to keep this from us. Mr. Singh has allowed Justin Trudeau to run the country as if he had a majority.

Re Parliamentary Committee Says China’s Mistreatment Of Uyghurs Is Genocide (Oct. 22): Congratulations to the House of Commons subcommittee. It was high time that such a non-partisan group spurs the government to action.

I agree that visa and financial sanctions should be used against Chinese officials. In addition, I am in favour of Canada boycotting the 2022 Winter Olympic Games in Beijing, and offering Uyghurs refugee status.

Re First Nation Facing Longest Boil Advisory Suffers Another Water Crisis (Oct. 22): The Prime Minister often talks of reconciliation. He has mused about declaring a national holiday so that we can all pause to consider, I assume, the importance of Indigenous people in Canada and the complex history we share. The continuing Neskantaga water crisis belies the Prime Minister’s talk.

This is not the first, or only, site where First Nations people have not had potable water. There is long history here. My heart breaks for those affected.

On the world stage, the crisis is surely an embarrassment. Talk is not enough.

Re The University Of Ottawa Throws Academic Freedom Under The Bus (Oct. 22): I was mobbed for defending the journalist Wendy Mesley’s reference to the title of a book by Pierre Vallières. As an associate professor at Mount Royal University, I argued that Mr. Vallières used the word not as a slur, but as a rhetorical device drawing attention to the class-based nature of oppression, and therefore the title should not be censored.

The Society for Academic Freedom and Scholarship, of which I am a board member, is a major advocate for professors such as Verushka Lieutenant-Duval at the University of Ottawa. President Mark Mercer immediately wrote a letter to the university, forcefully criticizing it for undermining academic freedom.

Academic freedom is critical in a democracy and should be protected. But it is in no way okay or permissible to use a word that has historically oppressed and degraded the Black community.

The focus on “a white professor’s right to freedom of expression” coming second to “the right to dignity of minority students” is a classic example of white fragility. And now, more than ever, we should confront the uncomfortable truth that racism is existent and prevalent in our academic spaces.

Academic freedom should not excuse racism or ignorance. As a University of Ottawa alumnus, I applaud the student union, faculty and staff who spoke out against the use of racial slurs in the classroom.

Re RCMP Discriminated Against Female Staff In Job-sharing Program: Supreme Court (Oct. 17): Let’s keep this Supreme Court ruling front and centre, and let’s be sure to apply it to other groups such as people of colour, religious minorities, Indigenous people, people with disabilities and people with different sexual orientations or gender identifications. Our society and country would be a more just and equitable one.

Re Ford Faces Pushback After Move To Scrap Ranked Ballots (Oct. 22): Doug Ford says the voting system used in 1867 is fine by him: “We don’t need any complications.” Really?

In 1867, only people with property could vote, women could not vote and the secret ballot had not been created yet. Democracy has evolved. Let the voters choose how to elect their municipal representatives.

Re Representation Matters (Letters, Oct. 16): A letter-writer suggests that proportional representation has enabled the extreme-right AfD party in Germany. Quite so, but I would like to suggest that under our first-past-the-post system, its supporters would simply have infiltrated the governing party and therefore be hidden from sight.

The United States also has a first-past-the-post system and, guess what, an extremist has infiltrated the Republican Party and is now the sitting President. Furthermore in Canada, most of our current governments were elected by a minority of voters, yet most have absolute power through a majority of seats.

I pray for the day when Canada has proportional representation.

Re Cure-All? (Letters, Oct. 20): In 2017, I dealt with four physicians, all of whom refused me a referral for orthopedic remedial knee surgery. The serious problem of access to essential medical care quietly already exists all over Canada.

With help from friends, I found an excellent orthopedic surgeon and paid for his excellent care: Brian Day of the Cambie Surgery Centre in Vancouver. There was no other choice for me.

Canadians have been repeatedly asked to compare our health care to European two-tiered systems. With respect, I believe those asking the question are conflating systems: Canada already has two-tiered health care.

Primary health care in most European countries, as in Canada, is provided by a publicly funded system. Everything else is paid through private insurance or out of pocket.

There is no perfect health care system, and there may be ways to improve our own. But auctioning off health services to the highest bidder has proven to be a failure. That’s why Canada changed its system to a more European model decades ago.

Re The City Has More Natural Wonders Than You Might Think (Oct. 17): When the pandemic started, my husband and I decided to spend more time in Toronto parks. What we have discovered are myriad surprising delights across the city.

They are treasures on our doorstep and, I’m happy to report, well used. In good weather, there are many picnics in progress, cyclists and walkers, both young and old. Most people are diligent about physical distancing.

We congratulate the city’s parks department on its foresight and diligence in maintaining these spaces.

Elections Canada prepared for an election during COVID-19 pandemic, but challenges remain
October 23, 2020 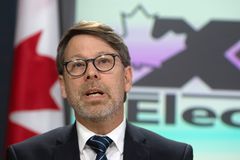 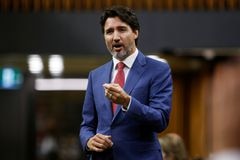 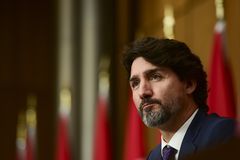