Re Scheer’s Foreign Policy Is All Symbolism (Oct. 2): Andrew Scheer has announced that a Conservative government would cut foreign-aid funding by 25 per cent. Is Mr. Scheer aware of the commitment among developed countries to allocate 0.7 per cent of GDP to foreign aid – a target identified by Lester Pearson and adopted internationally? Shamefully, Canada has never reached more than half of this target and falls behind many European countries.

This target appears again in the Sustainable Development Goals adopted by all member countries of the United Nations. Aimed at ending poverty and hunger, and creating conditions for sustainable life for all on the planet by 2030, these goals form the most ambitious plan to date to eradicate poverty and reduce inequality – keys to securing global peace and security. Yet, the goals remain significantly underfunded.

As a wealthy Group of 7 country, Canada should be accelerating its support for the UN goals and redoubling efforts to reach the 0.7-per-cent aid target – not cutting back.

Re Foreign Affairs (Letters, Oct. 2): A letter-writer admonishes the Conservative proposal to cut back Canada’s foreign aid by saying that "terrorism breeds in poverty, neglect and hopelessness, particularly in authoritarian regimes.” But that sentiment does not account for the hundreds of thousands of people right here in Canada who suffer from poverty, neglect and hopelessness, particularly those who live on Indigenous reserves and those who struggle in the country’s biggest cities. Our taxes and government assistance must be applied first and foremost to domestic aid.

If it ain’t broke

Re The Liberal Platform Owes A Debt to 2015 (Editorial, Oct. 1): The Globe and Mail editorial argues that the Liberal platform is more and less of the same. But wouldn’t you build on a successful initiative if it produced stellar results to enhance social and economic well-being?

I have worked in social policy for 40 years and I have seen the results of the Canada Child Benefit, one of the “more of the same” initiatives. Families receive a substantial sum, a maximum $6,639 a child under 6 and slightly less for older children. The stress relief is invaluable. The health benefits are equally vital, with many teachers reporting that more children bring nutritious lunches to school the day after a family’s receipt of a CCB cheque. More money for modest- and middle-income families is a good thing.

More of the same? Bring it on.

Re Top ETFs For Investors Betting On A Rebound In Chinese Equities (Report on Business, Sept. 25): After doing further research, I was dismayed to find that many of the assets within the recommended ETFs are holding companies incorporated in the Cayman Islands, a tax-free haven. I recently read Gabriel Zucman’s book The Hidden Wealth of Nations: The Scourge of Tax Havens regarding the increase in the use of tax havens by the top 0.1 per cent of the world’s rich.

I have been an investor for more than 30 years and I am trying to avoid such funds, as the action involved in avoiding taxes worth billions of dollars seems unethical and against the rules of a just society. Collecting these taxes could fund much-needed climate-action plans around the world. Those missing taxes could also be used to reduce government debt, finance schools and hospitals and improve roads.

Governments around the world should co-ordinate their efforts to stop the use of tax havens. There is much room for better data-sharing between securities regulators, clearer banking transparency and stricter rules regarding shell corporations.

All citizens are paying the price for these questionable practices. The top 0.1 per cent should contribute their fair share of taxes and play ball like the rest of society.

Their right to bear arms

Re Canada Should Learn From Australia’s Gun Buyback Experience (Sept. 30): Australia has one huge advantage over Canada in implementing a gun ban: It doesn’t sit next to a gun-crazy country that has more weapons than people. Even if Canada mandated a handgun ban, our sad misfortune is that we would likely still be inundated by illegal ones smuggled across the border.

We haven’t had a massacre on the scale of what Tasmania suffered in 1996. But we have one in slow motion every year. It will surely keep rising.

Re Moment In Time - Silent Spring Published (Sept. 27): The Globe and Mail’s brief paean to Rachel Carson’s book Silent Spring caused a flood of memories for me.

I was a physician at the largest hospital in Kinshasa, Democratic Republic of the Congo (then Zaire), from 1974 to 1978. After the United States banned the chemical DDT, the mosquito-killing agent, for agricultural use in 1972, my colleagues and I eventually saw the trickle-down effect in poorer countries.

We watched in dismay as our pediatric wards filled up with children sick with malaria, many of them dying. Although technically DDT was still available for malaria control, in practice so many companies had stopped production, making it difficult to obtain. Poor countries couldn’t afford much more expensive alternatives.

Single-issue activists are potentially very dangerous. Rather than being outright praised, they should be held accountable for all the downstream effects of their crusading.

Re Happy Birthday To China – And Its Revisionist History (Oct. 1): In Frank Ching’s assessment, China’s economy in the Mao Zedong era “basically stood still as the rest of the world moved ahead,” citing the fact its per capita GDP had actually dropped relative to the world average during that time.

As a historian, I would add that few countries in the world in that period faced China’s challenges, which included, among other obstacles, recovering from a near-half-century of extreme instability, a brutal eight-year occupation by Japan and successive economic boycotts by the United States and the Soviet Union.

A better comparison would be a direct one between China and India, two countries with similar levels of per-capita GDP in 1950; those numbers nearly doubled by 1973. The Mao era, economically speaking, should be recognized as a period of relatively respectable success.

Re Canadian Content (Letters, Oct. 1): I agree with the head of the Writers Guild of Canada that Netflix shows shouldn’t count as Canadian content when they’re set in “Anytown, U.S.A.,” but this is just as true of many of the programs that her members create.

Our own showrunners do their share of avoiding the word “Toronto,” addressing policemen as “lieutenant” or attaching Washington licence plates to their characters’ cars, all in the vague hope of U.S. success.

Canadian content quotas have always been based on the nationality of the participants, not the actual stories being told. Unless this changes, they will never be reliably more than a middle-class job program. 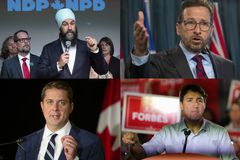 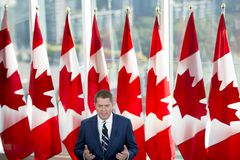